About Dr. Schierling - My Education

The most important thing to know about Dr. Schierling is that his education never ends.

Formally, Dr. Schierling attended Kansas State University in the mid 80’s; his chosen area of study being Nutrition & Exercise Physiology. Not knowing anything about the chiropractic profession, a powerlifting injury led him to seek care after standard forms of medical treatment had failed. After deciding on a career in chiropractic, Dr. Schierling attended Logan College of Chiropractic in St. Louis, graduating in 1991. Having fallen in love with the Ozark Mountains and crystal clear Current River while in school, he moved to Mountain View and began practicing.

Nearly three decades later, Dr. Schierling is as passionate about healing as ever.

About Dr. Schierling - My Story

The next thing to know about Dr. Schierling is that he has had his own chronic pain journey.

Although his practice was successful by any measure, Dr. Schierling frequently found himself frustrated. As effective as chiropractic and acupuncture are for a wide range of problems, he could not understand why in cases that seemed identical, one would respond like gang busters and the other wouldn’t respond at all. On top of that, he was perplexed as to why some patients would not hold adjustment as well as other patients — even though they had seemingly identical symptoms, x-ray findings, and exam findings (HERE).

Having developed a severe ELBOW TENDINOSIS a couple years after getting married in early 1996, and then watching it progressively worsen over the next several years, a colleague introduced Dr. Schierling to a new form of SCAR TISSUE REMODELING THERAPY. Dr. Schierling had been through lots of massage therapy (the only thing that helped — it just didn’t last), and tried all sorts of physical therapy modalities such as electrical stimulation and ultra-sound. Over the years, he used Acupuncture, various types of CHIROPRACTIC ADJUSTMENTS, numerous nutritional supplements, and about anything else that did not involve drugs or surgery. 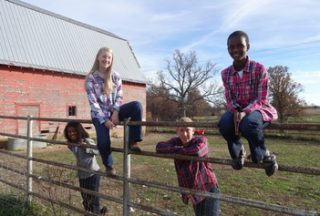 All this time the pain was progressing, and the dysfunction increasing. It finally got to where it hurt all night; and although it did not really affect his ability to adjust patients, he could not lift weights anymore — or do anything else that required using grip strength (weed eating, chainsawing, using a screwdriver, hand drill, or even picking up a jug of milk).  Dr. Schierling will readily admit that he did not have any faith that this new treatment would help him, and was skeptical to say the least. In the field of natural healing, there is always a “new ” thing, and most of these are here-today-gone-tomorrow; never really living up to their hype. However, after receiving just one treatment he was amazed at the results. He knew within two days that something was dramatically different. Within one week, he was lifting weights again for the first time in three years. In his mind, it was nothing short of a miracle!

The most important thing to know about Dr. Schierling is that he can help you.

To see if your problem might be the result of Microscopic Adhesions and hopefully experience a miracle of your own, call Cheryl to make an appointment. If Dr. Schierling thinks he can help you, he will do everything in his power to help you. If he thinks your problem would be better served by a different approach, he will tell you that also. The bottom line; it’s all about you getting rid of your Chronic Pain and regaining your health. The nice thing about this clinic is that for most problems you’ll know after one treatment whether or not Dr. Schierling can help you (HERE, HERE, and HERE, or look at some of our hundreds of VIDEO TESTIMONIALS).