EVERYTHING YOU EVER WANTED TO KNOW
ABOUT ANEMIA, BUT WERE AFRAID TO ASK 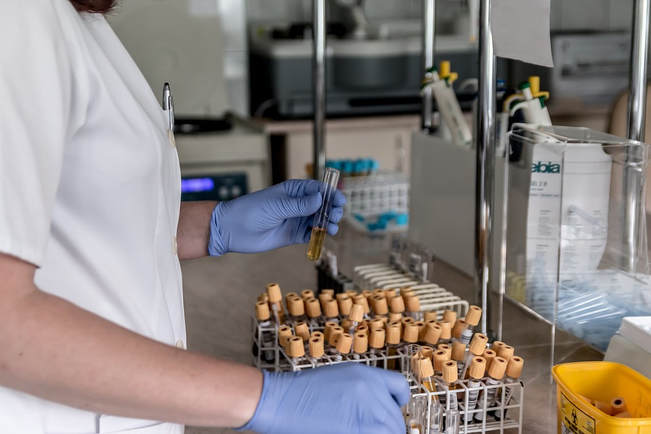 Michal Jarmoluk – Kielce/Polska – Pixabay
“If you have anemia, it will be difficult if not impossible to heal from chronic health issues. Because it robs the cells of oxygen necessary for basic functions, anemia is a deal breaker when it comes to improving your health. Knowing how to identify and address your anemia are crucial first steps to any healing program.”   -Dr Daniel Chong
The term “Anemia” is almost as broad as the Grand Canyon.  But generally speaking, Anemia is defined as having…..

Although there are many different kinds of Anemia, all of them will fit into one or the other of these categories.  As you can imagine, anything that decreases your body’s ability to carry Oxygen throughout the body is ultimately going to cause problems — serious problems.  Oxygen is needed by the MITOCHONDRIA to produce something called ATP — the body’s ultimate source of energy.  As far as symptoms are concerned, there are many.   Some of the most common include….

IRON DEFICIENCY ANEMIA
The most common kind of Anemia is that of iron-deficiency, and there are several reasons this might happen.  Some of the most common include…..

PERNICIOUS ANEMIA
Pernicious Anemia (sometimes referred to as Megaloblastic Anemia) is not only itself an AUTOIMMUNE DISEASE, but is intimately associated with numerous other Autoimmune Diseases as well (HERE is a list of some of the more common ones).   For reasons that are not completely understood (HERE is the most current thought process on the topic) the body will start making antibodies against certain parts of the stomach — either the parietal cells themselves or the “Intrinsic Factor” made by the parietal cells.  Intrinsic factor is a protein needed to absorb Vitamin B-12; and B-12 is needed for many bodily functions, including the body’s ability to make blood cells (B-12 is also vital for general metabolism, DNA synthesis, as well as brain and nervous system function).  Be sure to remember that the parietal cells of the stomach make both stomach acid and intrinsic factor.

When your own body pulls search and destroy missions against the stomach’s parietal cells, a number of really bad things happen besides the propensity for developing Pernicious Anemia.  First and foremost among these is that your body slows down (or even stops) its production of Stomach Acid (HCl — Hydrochloric Acid).   Mayo Clinic puts it this way: “Pernicious Anemia patients suffer from gastric mucosal atrophy, most likely caused by a destructive autoimmune process. This results in diminished or absent gastric acid, pepsin and intrinsic factor production.“

Despite the fact that we are bombarded with drug advertisements telling us that most of our stomach problems are the result of too much stomach acid or acid that is too strong, this is about as far from the truth as one can get.  The reality is that numerous digestive problems are caused by too little or too weak stomach acid (HERE).  Believe me when I tell you that too little stomach acid is a serious problem, and far more common than the opposite.

Furthermore, there is a strong relationship between Pernicious Anemia and Gut Flora.  Listen once more to the National Institutes of Health on this matter as to what causes Pernicious Anemia.  “Too many of the wrong kind of bacteria in the small intestine. This is a common cause of pernicious anemia in older adults. The bacteria use up the available vitamin B12 before the small intestine can absorb it.  Certain medicines will alter bacterial growth or prevent the small intestine from properly absorbing vitamin B12.  Examples include antibiotics and certain diabetes and seizure medicines.“   I have talked about ANTIBIOTICS, DYSBIOSIS, and DIABETES at length.  Hopefully you got the memos that you should not be taking them except in life and death situations.

Listen to this quote that was cherry picked from an article Aglaée Jacob wrote for the February 2013 issue of Today’s Dietitian (Gut Health and Autoimmune Disease — Research Suggests Digestive Abnormalities May Be the Underlying Cause).

The author then goes on to talk about LEAKY GUT SYNDROME, along with numerous other associated health problems.  I bring all this up because Pernicious Anemia is an Autoimmune Disease. This means that you have to recall what used to be considered mainstream medical practice — HEAL THE GUT, HEAL THE BODY.  Although it is certainly not the only way to go about dealing with Pernicious Anemia, failing to deal with your underlying Gut Health issues can be a deal-breaker on top of a deal-breaker.  And despite the fact that your doctor has not mentioned any of this to you, it is not new information.  Listen to what four medical doctors said in a paper (Studies of the Small Intestinal Bacterial Flora and of Intestinal Absorption in Pernicious Anemia) that was published over fifty years ago — in the June, 1964 issue of the American Journal of Digestive Diseases.

The authors go on to mention studies on this topic from the 1920’s, 1940’s, and 1950’s.  There are a couple of significant problems with this information.  Firstly, like I already mentioned, the medical community rarely if ever acknowledges it to their patients.  Secondly, and equally as bad; any time there is a bacterial overgrowth involved such as SIBO (Small Intestine Bacterial Overgrowth) — and many times there is not (HERE) —- the medical community wants to attack it with Antibiotics.  I have said for a long time that Antibiotics cause Dysbiois (abnormal Gut Flora), while sugar fuels it.  I have also shown you repeatedly that Antibiotics are a DOUBLE-EDGED SWORD that create as many problems as they “cure”.

Just remember that when dealing with Pernicious Anemia, you will have to manage it as you would any other Autoimmune Disease.  HERE is a starting point.  Depending on the severity, you may need to get B-12 shots as well.  My suggestion, however, as far as which B-12 supplement to take is simple.  Stick with WHOLE FOOD NUTRITION AND SUPPLEMENTS — particularly when it comes to THE B VITAMINS.   Although you might need the drug-like effect of more “potent” products for awhile, this is not your best bet over the long haul — particularly when you realize that without proper amounts of intrinsic factor, B-12 absorption rates hover at 1-2%.

Also be aware that in order to lick this problem, you’ll have to understand the relationship between your stomach’s parietal cells, intrinsic factor, and acid levels (HERE).   By healing your Gut, you have a better chance at slowing down your own body’s autoimmune attack on your stomach.  As your parietal cells heal, you will be better able to make the acid needed for proper digestion, as well as the intrinsic factor needed to absorb B-12.  Oh; and one more thing to keep in mind