POTENTIAL HELP FOR A SUFFERING AUSTRALIAN 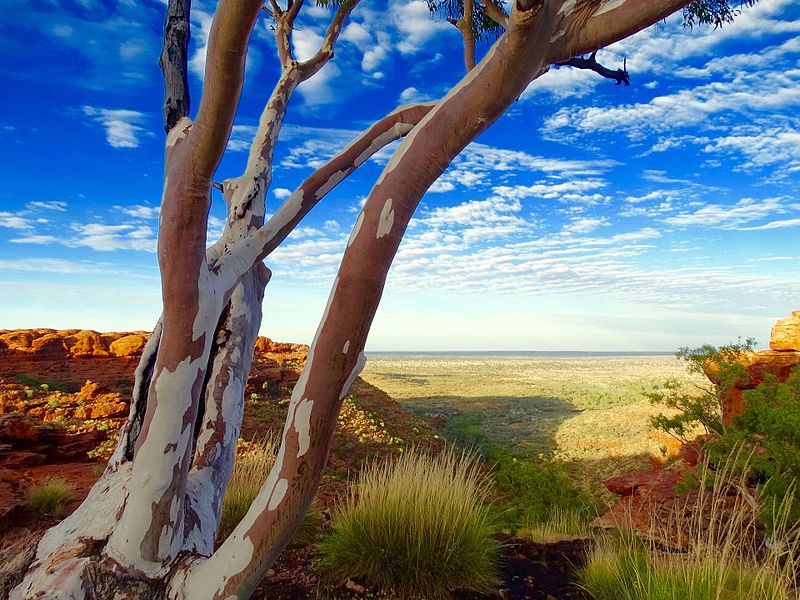 Gypsy888
Hello folks, Sometimes I share letters I get from my readers, along with some hints that might be helpful in solving their problems or at the very least, improving their pain and dysfunction (HERE is a list of previous case studies).  While many of these cases are brutal, this one from Jennifer in Brisbane, Australia might just take the proverbial cake.

Firstly, I am not suggesting that Jennifer do anything I mention.  I am publicly stating what I (me, myself, I) might consider doing if I were in her shoes — I honestly do not know as this is as harsh a scenario as you can find.   Furthermore, I am certainly not suggesting she try any of these things without discussing them with her physician(s).  The information on this post and this site is just that — information.  It’s not meant to diagnose, treat, or cure any diseases.  But…. if someone just happens to get “CURED” (word used figuratively / metaphorically of course because the FDA knows that the only thing that cures diseases is DRUGS), it’s always a cool thing.

I am at what I can define as end stage of Fibromyalgia Syndrome if that could be accepted subjectively. I have suffered greatly and have had my life robbed since the age of seventeen after contracting a flu virus. Before that I was athletic to a good degree but lacked in energy and the energy diminished after the flu virus. I am 55 and thank you sincerely for your research and that through my determination to have victory over this monster I have landed on this website, thank God!

I could list all of my medical issues and the specialists that I am under but it would take a book of my own to share that and quite frankly, I simply don’t have much left within me except my brain which has received brain surgery for a left ICA aneurysym, now stented and a pituitary adenoma (producing prolactinoma) two milimetres apart I am told. The rest of me is at the point I simply don’t know how to live each day with much positivity in extreme untreated pain and lesions untreated to the spine and thyroid.

My spinal discs are completely gone, with bone on bone at L5-S1 and increasing degenerative disease through the thoracic and cervical spine. I hear my own neck and it is heard from somewhere in my acoustically shocked auditory center after receiving the original MRI that I had a rare sensitivity to sound resulting in vertigo and ongoing tinnitus. I am under the care of a gastroenterologist as well as numerous other specialists. I have ulcerations in my gut and am awaiting another colonoscopy for thickening of the bowel lining.

I recall finding some information pertaining to me regarding pheochromocytoma but having high metanepherine levels and low thyroid.  I’ve received no further checkups or medication for the thyroid so have in all given up some time ago with it as the fibro agony and exhaustion are just too much in trying to advocate for myself in any way, for my condition is most obviously just too complex for a doctor to manage so I have suffered disabling and life altering pain and fatigue for most of my life.

My children including a registered nurse resent or fear what they see as they too have developed it. The list I gave is not exhaustive, there are more symptoms such as the immune system dysfunction and psoriasis, etc. Fingers won’t move out of position if for example once the mobile phone is released. The grown adult children coin my term, statue disease.

We are all mostly at our wit’s end and I am contemplating finding a legal way to end it for myself at least. The misery and impact of the judgements and bullying including being beaten for being lazy, being discarded like the reference that was made, ‘yesterday’s fish and chip paper, in the bin with you’, by my husband devoted to changing the way this diagnosis should be regarded by the populous is most definitely not an isolated incident or history.

Unfortunately I endured far too much violence before being given my marching orders because I did not fill the criteria as a partner if I could not equally contribute financially so I suppose I deserved to be beaten for this reason and the proposal that this does not exist and is not debilitating though it is in every way. My question is do you know of anyone that you can suggest in the Brisbane Qld Australia, region that can medically manage me?

Additionally, this is off topic but is there a possible link between this gut theory that I firmly believe in being hereditary however linked to selective autism or children on the spectrum as two out of twelve grandchildren from each of my daughter’s have this recent diagnosis? The mother of the two children was severely atopic and diagnosed with juvenile polyarthritis with Ana’s suggestive of SLE. Myself was found to be borderline for SLE. My half genetic sister and her children have none of this.

I discovered late that I was the biological child of another man to my father who raised me. This man was an only child whose parents were of one crippled at 27 with RA male and paternal grandmother died young around forty with apparent SLE. Trying to explain my history and getting treatment has been a nightmare that I have practically kissed my life goodbye as have those that discarded me as used trash for having something that I received gammaglobulin for at a young age and got the diagnosis of M.E.

The further trips to rheumatologists resulted later in the diagnosis of Fibromyalgia and I was politely told there was not much to help but the antidepressant and antiinflammatories so I never bothered him again. The antiinflammatories recently resulted in stomach bleeds and I was told in A&E to pray as it was a Catch-22. Either I put up with the pain and stiffness or bleed to death. I have asthma but must take aspirin to keep the stent open and receive numerous in fact far too many Scans and MRIs with contrast that I feel will result in something horrible anyway but these are routine to check on the patency of the stent. Thank you in advance and most grateful for your insight and help.

Hello Jenifer,
I am not super familiar with Australia, but Drs. Randy and Michael Beck have a clinic there called The Institute of Functional Neuroscience.  If I could find any conceivable way to at least do a consult with them, I would do it (Randy teaches for DR. CARRICK).  And to answer your question, if you start looking at my posts on AUTISM, you quickly find that there is a strong (STRONG) link to GUT HEALTH, including “THE LEAKIES“.  Speaking of Gut Health, yes NSAIDS are a problem, namely because they are the leading cause of GI BLEEDS leading to both hospitalization and death.  I’m not really sure what you could tolerate dietarily, but something along the lines of a PALEO DIET (along with lots of real bone broth) is usually helpful.  Because of the many AUTOIMMUNE DISEASES mentioned (lupus, a positive ANA, who knows what else as so many go unnamed because there is no test for them), you must work off the assumption that you have issues with GRAINS.

At some point, I would contemplate trying a KETOGENIC DIET.  With your history of tumors that have the potential to become CANCEROUS, be sure to watch the video from Dr. Thomas Seyfried at the bottom of THIS PAGE.  Also, listen to what a group of Belgian researchers concluded in a 2014 issue of Expert Opinions on Pharmacotherapy (Treatment of Central Sensitization in Patients with ‘Unexplained’ Chronic Pain: An Update). The quote below pertained to using the Ketogeinc Diet as a way of “desensitising the CNS in patients with CS pain, including strategies for eliminating peripheral sources of nociception.”  In other words, even if you have NEUROPATHY (which you certainly do with FIBRO — see link) and / or CS (CENTRAL SENSITIZATION), people way smarter than I am believe it may be possible to blunt the effects, as well as attenuate peripheral NOCICEPTION.

You will also have to deal with whatever virus (COULD BE FLU) that might be causing what we would basically call an “OCCULT INFECTION“.  By the way, this could easily be a significant contributing factor to both your THYROID ISSUES as well as the thickening of your Gut lining (FIBROSIS is the result of inflammation and almost always leads to “THICKENED TISSUE” wherever it attacks).   Also, the increased levels of epinephrine (adrenaline) is probably related to the tumor (lots of peer review on the link between prolactin and epinephrine), but tells me that for sure you are living in a state of SYMPATHETIC DOMINANCE as epinephrine is the chief hormonal neurotransmitter of the sympathetic side of your ANS.  And for the record, the atopy you mentioned (ECZEMA) is typically the result of HYGIENE GONE HAYWIRE.  As to the genetic side of all this; just remember that with every passing day, research is showing that in most cases, EPIGENETICS TRUMPS GENETICS.

There are a variety of ways to go about dealing with occult infections.  Depending on who you talk to, combinations of GLUTATHIONE, mega-dose Vitamin C drips or similar, HYPERBARIC OXYGEN, ozone saunas (or other forms of ozone treatment) as well as an almost unlimited number of others might (again, emphasis on might) be indicated.  And despite the fact that I sound like a broken record, I would strongly suggest looking into a FECAL MICROBIOTA TRANSPLANT — something that has been successfully used to deal with the RA  and other AI issues you mentioned.  Depending on how bad and where the lesions are in your Gut would determine whether or not you could handle an FMT (be aware that ULCERATIVE COLITIS is not a contraindication to FMT in most cases).

BTW, you are correct about the scans potentially causing harm (HERE).  The fact that your spine and joints are SEVERELY DEGENERATING indicates rampant systemic inflammation.  I might try some INVERSION (start out “hovering” with your head barely below your feet).  As far as exercise, I’m not sure what might be best for you, but even working muscles with a soup can might prove helpful.  Unfortunately, I think a WBV machine might be too much for you, at least at first — that would be a question for a functional neurologist like Dr. Beck.

Here’s the thing.  I honestly have no idea Jenifer what you could tolerate at this point and what you couldn’t.  At the very least, if you could find someone well versed in FUNCTIONAL MEDICINE, they might be able to start peeling away the layers of this beast.  I wish you well on this endeavor and pray God’s blessings and healing powers over you.  And honestly, the protocol I shared with you is essentially what I give away free on my site (HERE).  Also, some of this information might prove beneficial to your children before they get as severe as you are.

Dr. Schierling is licensed chiropractor and world-renowned for intervention with persistent chronic pain. Dr. Schierling focuses on a holistic approach to helping end his patients’ chronic pain that includes Scar Tissue Remodeling Therapy.
All Posts »
PrevPrevioushealth and organic food: is organic really better?
Nextinflammation and fascia: what does inflammation do to connective tissues?Next