autism is in the news yet again 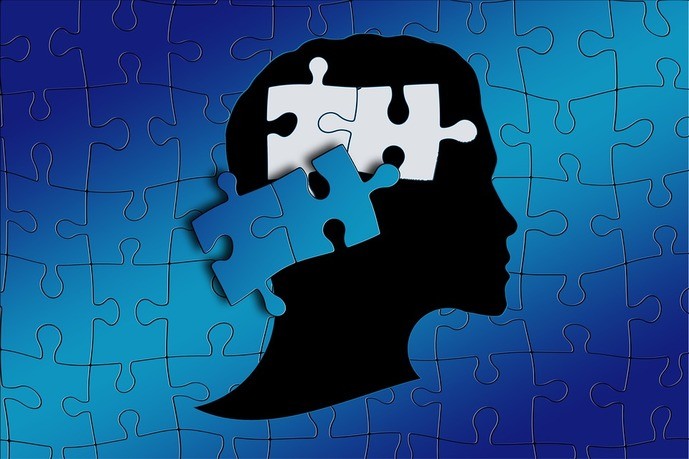 Gerd (Geralt) Altmann – Freiburg/Deutschland – Pixabay
The quote above was made after comparing the rates of AUTISM in the Somali population of the “Twin Cities” area of Minnesota, to the Autism rates of whites from the same geographic area.  As Dr. Lawler inferred, the rates between the two groups were statistically identical.  1 in every 32 children.  Do you sense a trend here?  It was only one year ago that I told you America’s Autism rates were 1 in 50 (HERE).  This was a significant increase from just one year prior to that (HERE), which was much greater than those touted in the article I wrote for the WEST PLAINS QUILL back in 2005.  Think about it for a moment.  Today’s Autism rate is approximately 30 times greater than what it was when I started practice back in early 1992, and approximately 300 times greater than in 1978, when the reported rate was 1 in 10,000.  Here is the thing you must remember about this situation.  According to any number of experts, we cannot try and pin this on the assumption that we’ve simply gotten better at identifying and diagnosing the disease.
I personally find it interesting that Dr. Lawler has recently been touting studies on the effects of pollution (particularly air pollution) on the development of Autism, as a way of trying to explain the absurdly high rates of this disease.  But then again, fighting pollution is part of the “green” agenda and is an extremely politically-correct thing to publicly come out against (really; who is for pollution?).   Unlike pollution, Autism caused by Vaccines is one of our country’s “SACRED COWS” that you tackle at your own peril.  Who in their right mind is going to take on Big Pharma, the biotech industry, the medical community, the government, and public opinion, over this matter?  A few people have.  Some like Joe Mercola, Barbara Loe Fisher, and AMY DAVIS WRIGHT have come through the fire relatively unscathed.  Others like Andrew Wakefield and HUGH FUDENBERG weren’t so fortunate.
I would never hope to convince people that VACCINES don’t work.  The truth is, the majority of the time, they greatly diminish the numbers of cases of the various diseases which people are vaccinated against (FLU might be an exception to this rule).  But here’s the rub.  Are some of these childhood diseases that we continue to wage war against really that terrible?  My geriatric patients had virtually all of them (As crazy as it sounds, they all had polio as well, which manifested itself in most people as either nothing at all, or at most, a cold.  However, about 1 in 100 developed some degree of the “paralytic” symptoms so commonly associated with the the disease today).  Just remember that things aren’t always as cut and dried as they seem on the surface.

I believe that what has happened here in America is a huge “switcheroo” — a paradigm shift if you will.  We have traded the common childhood illnesses that everyone used to get (chicken pox, measles, mumps, whooping cough, etc) for the potentially debilitating (and often deadly) effects of CHRONIC DEGENERATIVE INFLAMMATORY DISEASES (particularly CANCER) and AUTOIMMUNE DISEASES (a list of Autoimmune Diseases can be found HERE).  This begs the question of exactly where we need to be directing the brunt of the RESEARCH DOLLARS spent on things like Autism (200 million annually), ADD / ADHD, as well as Neurodegenerative Diseases such as PARKINSON’S, ALZHEIMER’S, MULTIPLE SCLEROSIS, NEUROPATHY, and others.  Dr. Lawler herself provides us a clue when she says this about

a recent study pertaining to the relationship between Autism Spectrum Disorders (ASD) and Gastrointestinal (GI) Symptoms…….
But really; how different is thought process that “air pollution” could potentially cause Autism, than the idea that it could be caused by (or at the very least “related to”) Childhood Vaccines?   Not very different at all when you listen to some of the testimony given by Dr. Megson, Dr. O’Leary, and Dr. Singh at Dan Burton’s congressional hearings on MERCURY IN VACCINES over a decade ago.  Follow along and you’ll notice how suspiciously similar these doctor’s testimony really is when compared to Lawler’s comment above (i.e., look for the common denominator).   Again, it’s one thing to go after polluters in our politically-correct age of “GREEN“.  It’s a whole different animal when you begin questioning the way we have been doing Childhood Vaccinations here in America, and suggesting that it could / should be done differently.

Did you notice that like Dr. Lawler, all of these doctors were talking about some aspect or another of GUT HEALTH?   Here is the thing you have to remember concerning the doctors making these statements.  It costs them to do so.   All of these individuals have been heavily criticized for their testimony.  When you go out on a limb and say anything against vaccination as it is practiced today in America, you are going to bring the wrath of Big-Pharma and their puppets right down on top of your head.  You might get blacklisted.  Your career may not advance like you hoped it would.  You’ll probably develop a reputation as one who is not a “team player”.  You are likely to get passed over for promotions you are doubly qualified for.  Just understand that taking the stance that these people did is not going to get the average person sainted, knighted, or given a raise.  For the record, none of these individuals are anti-vaccination crusaders.

I bring all of this up to talk about a new way that those who would question our nation’s vaccination policies are being attacked.   Some of you will recall that just one year ago this month, our own government published research saying definitively and once-and-for-all that there is absolutely no shred of evidence whatsoever of any sort of a relationship between Autism and Childhood Vaccines.   It seems that many Americans are having a tough time believing our government on this issue (we can all trust the government can’t we?).

A recent study from Dartmouth College was published in the medical journal Pediatrics (Effective Messages in Vaccine Promotion: A Randomized Trial) and concluded that, “Current public health communications about vaccines may not be effective.  For some parents, they may actually increase misperceptions or reduce vaccination intention. Attempts to increase concerns about communicable diseases or correct false claims about vaccines may be especially likely to be counterproductive.”  In other words, the fact that the government is saying that these vaccines are safe is actually backfiring on them.  In an article about this study, Mother Jones (a rather leftist magazine) said that “anti-vaxxers” who believed that vaccines were potentially harmful and dangerous, were more likely to believe certain things were true.  What kinds of things, you ask?  For instance, if you believe that Childhood Vaccines might be related to Autism, you are supposedly more likely to believe that 1969’s moon landing was faked.  Darn it!   And all this time I thought that OJ’s 1978 movie Capricorn One was a documentary.

It’s not anything new that people are made to look stupid and dogmatic for daring to as much as question our national vaccine policies.  The thing is, there is quite a bit of precedent for the American people not to believe the government is always looking out for their best interests.  After all, it was Ronald Regan himself who stated that, “the most terrifying words in the English language are: I’m from the government and I’m here to help.”  When trusted people in my community continue to tell me that their child was completely normal until they had their shots, someone is lying.  Who do I tend to trust?  I’ll stick with the farmers, bank presidents, mechanics, doctors, and parents that I know personally, over the government any day.

You can trust EVIDENCE–BASED MEDICINE if you choose, but clicking the link will reveal that the government’s track record speaks for itself.  Understand that I am not suggesting that you not vaccinate your kids (or for that matter, yourself) because of the information provided in this post.  What I would suggest is that you approach this issue with an open mind and due diligence.  Don’t trust others; but instead, do your own research.  For the record, MY CHILDREN have not been vaccinated (don’t know much about my ETHIOPIAN DAUGHTERS).  And although they have had some of the typical childhood diseases that every person used to get, they are some of the healthiest kids you would ever hope to meet.