THE POTENTIAL DANGERS OF
CHILDHOOD VACCINATIONS 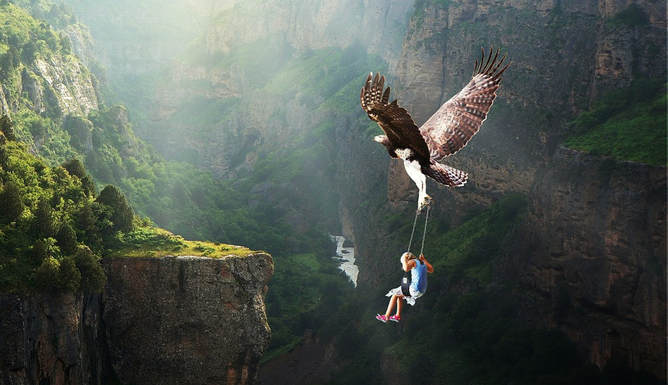 Lothar Dieterich – Germering/Deutschland – Pixabay
There are certain issues that have the potential to elicit extreme emotional reactions from people.  Politics and religion are the two that come immediately to mind.  However, two-plus decades of experience tells me that there is another topic that many people may not deal with in a calm and logical manner either —- Childhood Vaccinations.

A recent article in Time by Bonnie Rochman began with the words:  “A generation ago, childhood vaccines weren’t so controversial. Doctors told parents that vaccines saved lives and parents listened.  But then, a widely publicized but since-retracted study in the Lancet journal linked vaccines with autism, and autism activists like Playboy model Jenny McCarthy spread scary stories of watching their children regress after being vaccinated — you’ve heard the tales, unless you’ve been hiding in a hole.”  The article went on to repeat the old line that the government had declared childhood vaccines to be “safe“, and that, “multiple studies have disavowed any link between immunization and autism, but the power of storytelling is hard to counter with data“.  But are vaccines really safe, and can we trust either our government or Big Pharma to tell us the truth?   The overwhelming evidence would suggest not.

Over the past few years, several of the biggest Pharmaceutical Companies in the world have been fined billions of dollars by our own FDA.  In fact, GlaxoSmithKline set a record for the largest fine ever, not quite a year ago —- $3,000,000,000 (three billion dollars).  What was it for?  Faking research findings and recommending their drugs for “off-label” purposes (HERE).  The fine was substantially bigger than Pfizer’s recent 2.5 billion dollar fine for the very same thing (HERE).  You see, faking research and then telling doctors to use the drugs for things they have never been approved for is so common in the Pharmaceutical Industry that there is actually a name for the method most commonly used to do it.  If you get the urge, just do a Google search on “Ghost Writing Pharmaceutical Studies” and see what comes up.  Shocking! There are currently eight Pharmaceutical Companies being investigated for this common practice even as you read this sentence.  If you are one of those people who still believes that the Drug Industry and our governmental agencies are out for your best interest, you may soon be singing a different tune.

Several years ago, I wrote a Letter to the Editor in response to a week-long series on Autism that failed to as much as mention the link between Autism and childhood vaccinations.  Although it was printed by 7 or 8 area papers, it took the West Plains Quill (the paper who ran the series) a year to get it in their paper — and this was after plenty of badgering by concerned parents who took up the cause.  The Quill’s editorial staff was concerned (I’m not making this up) that the information in my letter would cause some sort of epidemic.  You can read my “inflammatory” letter in THIS BLOG POST.

In the time since this letter was published, there has been a barrage of information similar to what Rochman wrote above — information telling us that the people hollering about the relationship between Vaccines and Autism (not to mention the plethora of other health problems) are nut jobs — just like me.  They claim that there’s just no proof that vaccines cause Autism!   But what do we find out now?   Only that a federal Grand Jury has issued an indictment against the CDC (Center for Disease Control) for their part in a money laundering / fraud scheme that is directly tied to two Dutch Universities and one of our government’s leading Vaccination / Autism researchers (HERE).  The truth is, there are currently two hot-button cases in the court system right now that could shake the foundations of this Autism-Vaccine debate.    This brings me to the story of Amy Davis Wright.

You see, Amy Davis Wright is a medical doctor who practices in Chesterfield, Missouri.   Earlier in her career, she was just like any other medical doctor in any other American community.  She had the same philosophy on health, prescribed the same drugs, and gave children the same immunizations on the same vaccine schedules that other medical doctors did.  And then something happened.  Her first child developed severe Autism shortly after being vaccinated.   Although it was in the back of her mind, she just “knew” that there was no way that these vaccines could have possibly caused her son’s neurological problems.  But when her second child developed Autism shortly after the shots, her fears were confirmed.   Needless to say, Dr. Wright went through an almost instant paradigm shift.  She began learning about the causes of Autism as well as the things that the Alternative-Medicine “Fringe” was doing to help these children.

Dr. Wright no longer practices like the rest of her colleagues.  The biggest portion of her practice is devoted to helping Autistic children and children who have been neurologically damaged by vaccines.  I just happened to catch one of her lectures in St. Louis many years ago, and I can tell you that this woman is as real as it gets —- a brilliant Christian physician who is passionate about her work and truly cares about her patients.  Her clinic is called CROSSING BACK TO HEALTH.  Thanks for being there doc!