CURRENT RIVER, MISSOURI
THE MOST BEAUTIFUL PART OF THE OZARKS!

It was 25 years ago this coming summer that I began my love affair with the Current River.   I mention this because just yesterday I was discussing fate of the Current River with some patients from Eminence, who told me about a video documentary that was produced in the late 50’s or early 60’s — before the great land grab of 1964.  You see, 2014 is the 50 year anniversary of the formation of the Ozark National Scenic Riverways, which includes, the JACKS FORK RIVER, the Eleven Point River, and of course, the CURRENT RIVER.  Watch the video below, but before you do, click on the Current River link.  I included numerous color photographs of the very same places that were specifically mentioned / shown in the black and white video.  Some of these include “Gravel Springs“, “Blue Springs“, and “Big Rock“, as well as “Big Creek” and “Pin Oak Bluff“.  They even talked about that age-old Ozark tradition of cooking in huge cast-iron skillets right on the banks of the river — something we make it a habit to do regularly.

As many of you may know, the Park Service is once again trying to push the Jon Boats off the river (HERE).  I have no doubt that one day they will achieve their goal.  My best guess is that this time around they will gain a little bit more, but not get everything they asked for (they will probably outlaw 25’s above Round Springs — a serious blow to the giggers).  This means that it won’t be long before they’ll be coming back for more.  That’s how it works.  Chip away a little at a time until there’s nothing left but government regulations.   This is sad for many reasons.  For one thing, no one — and I do mean no one —- takes better care of this river than those who grew up here, live here, and use it on a regular basis.  I couldn’t even begin to guess how much trash we’ve personally hauled out of the river or how many capsized drunks clinging to rootwads we’ve pulled to safety (rootwads are the trees and root systems you’ll see many of in the video), and then turned around and salvaged their canoes and gear.  We’ve even hauled them downriver for medical attention (stitches, broken bones, and the like).  It’s no secret that at certain times of the year, insane amounts of alcohol and drugs can turn portions of the river into a free-for-all.  That’s why we avoid those parts of the river.

If we are out on a Saturday, we almost always put in at the Chilton Creek boat ramp (just above Waymeyer and just below Pin Oak) in order to avoid the most heavily trafficked 10 miles of the lower Current (Waymeyer to Big Springs).  Why might you ask?  Let me put it to you this way; there’s good reason you never see church groups using that part of the river on weekends.  In fact, the problem has been so pervasive that you can tell that summer has arrived when you start to see the seasonal billboards springing up along I-44 north to Saint Louis (Trouble on the River?  Call  1- 800- JAIL BREAK to Speak with One of the Attorneys at Dewey, Cheatam, and Howe).

By the way, while the video itself is excellent, the title of the documentary, “Vanishing Ozarks” is sort of a misnomer.  This is not a video about the Ozarks ‘vanishing‘ because people are somehow over-using the rivers.  In fact, the point of the movie was to show the public that our area could handle far more tourists than it was currently handling.  It was essentially a video promoting the creation of the ‘Monument’ (their word, not mine), and the way the Ozarks improved after the great logging operations of the late 1800’s and subsistence living of the Depression Era left some of it in rough shape.  Isn’t it interesting how the same group of people who were saying there were not enough people using the river 50 years ago, are saying there are too many using it now?

GROWING UP ON CURRENT RIVER

MALACHI AND MICHAELA HAMMING IT UP ON A ROOTWAD 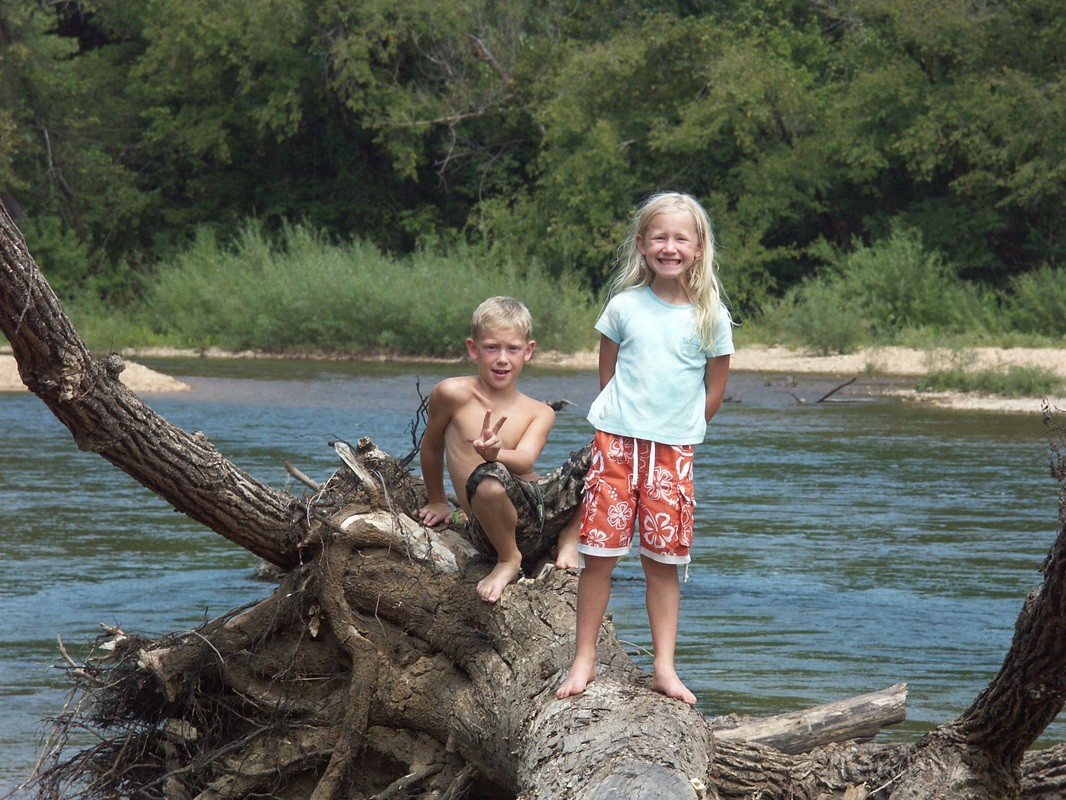 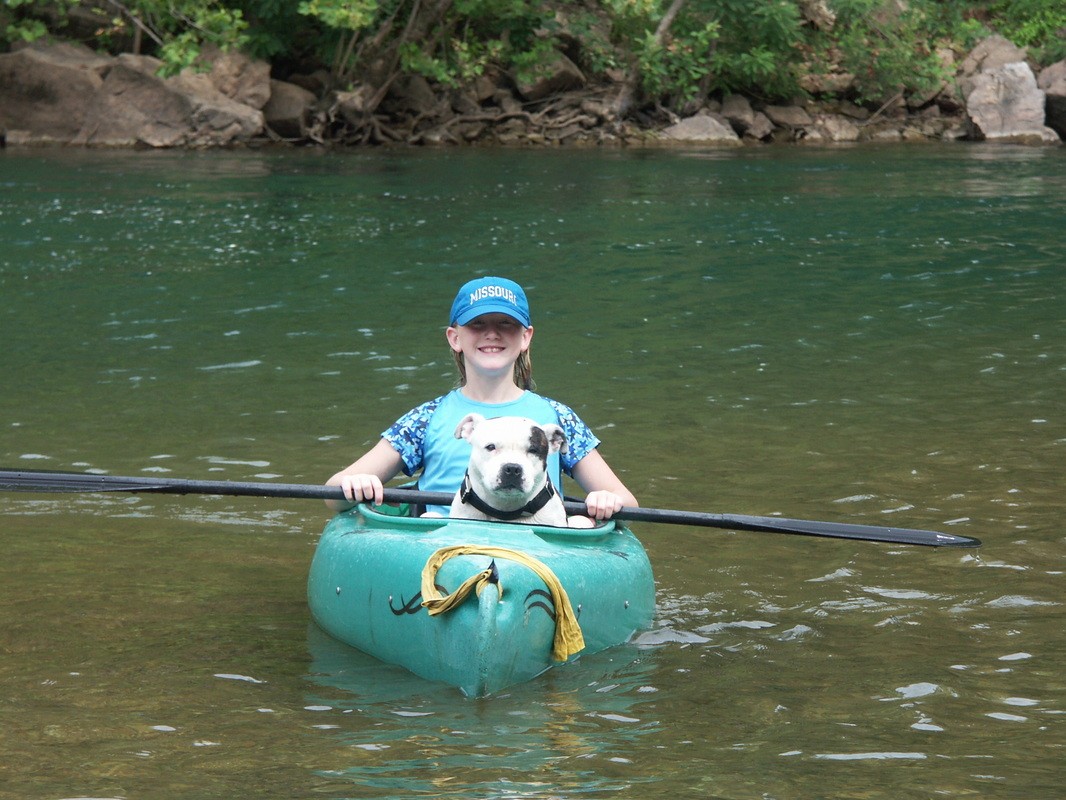 HAULING OUR KAYAKS PAST MILL CREEK 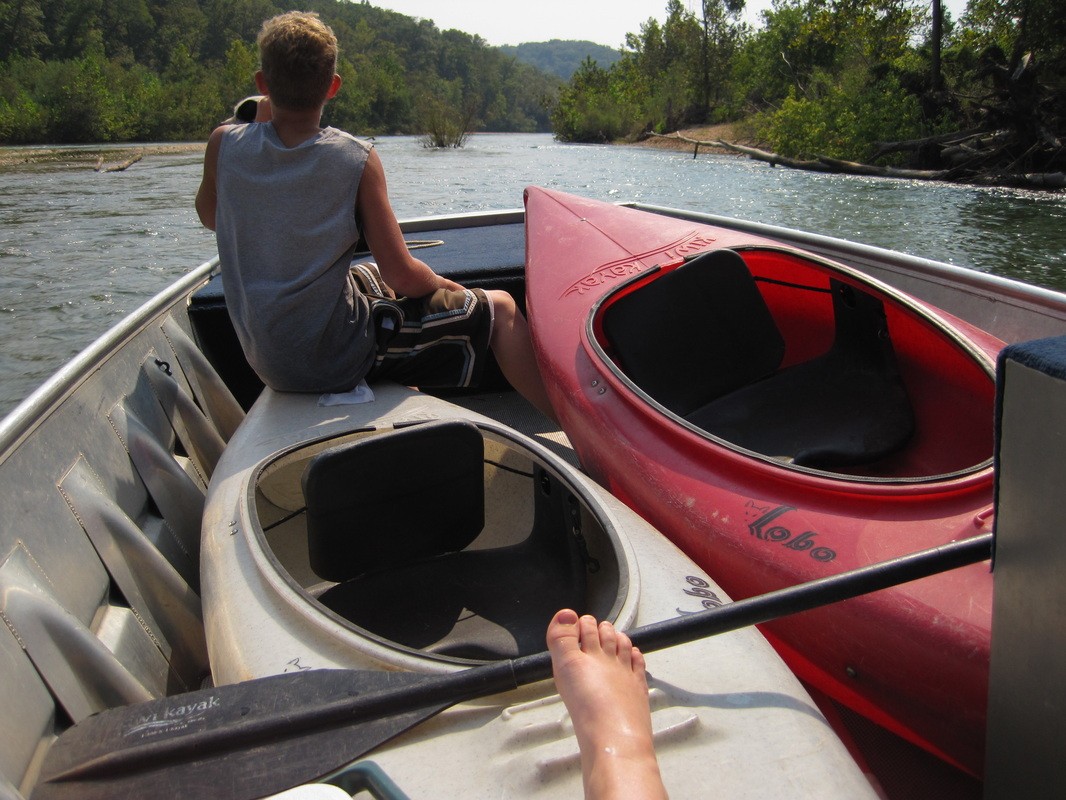