disciplined behavior and your brain 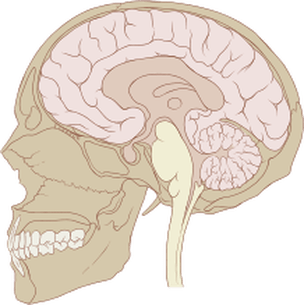 Patrick J. Lynch
There are a number of individuals who have successfully sold ‘success’.  Some of these motivational speakers / authors you may know by name.  Off the top of my head I can rattle off names like Tony Robbins, Og Mandino, Napoleon Hill, RICHARD BURRIS, Zig Ziglar, Jim Rohn, Norman Vincent Peale, Robert Kiyosaki, Andrew Carnegie, Stephen Covey, Deepak Chopra, and Wayne Dyer.  There are a host of others. While many of these men would deny the very existence of God (or at least deny the existence of the God of the Bible), they are all using a combination of Self-Discipline and ‘The Law of Attraction’ to tap into a couple of deep biblical truths.

There is a part of the brain called the Reticular Activating System (aka the Extrathalmic Control Modulatory System or the Bulboreticular Facilitory Area).  It is a small, finger-shaped part of our brains that is responsible for a wide range of critical functions that happen in our bodies.  Found between the upper brain (the cortex) and the lower brain (the cerebellum), the Reticular Activating System has connections to the Thalamus, the Hypothalamus, and the Mesencephalon (mid brain) and acts as a bridge between various parts of the brain, as well as being the “ignition system” that readies the brain for increased levels of consciousness / function.

Some of the known functions of the Reticular Activating System include breathing, sleeping, waking, eating, the beating of the heart, and sex.  It also plays a critical role in dreaming as well as shifting one’s consciousness from sleep, to relaxed wakefulness, to full attention.  The RAS is also the part of our brain that guides us to fulfill our thoughts, dreams, and desires.   Your Reticular Activating System literally has the ability to filter your day-to-day experiences and put them into at least two different categories —- positive (good experiences) or negative (bad experiences), and drive you towards whichever one(s) you think about the most.

The RAS is the part of our brain that helps drive us towards our goals —- towards those things we think about the most.

Because your Reticular Activating System cannot tell the difference between reality and make believe, you have the ability to program it either by repetition or exposure.  Just understand that you can program it either for success or for failure — for good or for bad.  There is an old saying from the earliest days of computer programing — garbage in, garbage out (GIGO).  This simply means that a computer is going to do, not necessarily what you want it to do, but whatever you program it to do.   If a computer is programmed incorrectly, you will never get the right answer, no matter how hard you try.  Think of our brains in the same manner.  If a person spends his day thinking bad or negative thoughts, watching moronic television programs, staring at porn, playing endless hours of video games, or engaging in numerous other forms of negative programming, it will eventually rot one’s brain (the term ‘rot‘ is used figuratively here —- at least at first).  However, the opposite is true as well.

If you program your mind with good things, goals you wish to achieve, character traits you wish to emulate, and then think about these things on a regular basis, your Reticular Activating System is designed to push you towards them.  James 1:8 says that, “a double-minded man is unstable in all his ways.”  Think about this for a moment.  Does it not make sense that you have to get your entire being on the same page as far as short term goals and long term vision are concerned?  If you are spending your day telling yourself that you cannot be successful in whatever it is that you are trying to accomplish, you will likely achieve (or not achieve, as the case may be) whatever you happen to be programming into your subconscious — whether you like it or not.

It is critical to remember that unlike the teachings of some of the success gurus mentioned previously, your goals do not need to be physical or momentary for this principle to work in your life.  In fact, unlike many of today’s name-it-claim-it prosperity preachers, we rarely see righteous men in the Bible wishing for more ‘stuff’.  But the Bible does extensively deal with the Law of Attraction.

One of my favorite passages of Scripture is Romans 12:2 — And be not conformed to this world: but be ye transformed by the renewing of your mind, that ye may prove what is that good, and acceptable, and perfect, will of God.  This is a verse tells us that by reprogramming (renewing) our minds, we can find God’s perfect will for our lives.  Although many would deny it, God’s will is always better than anything we could program for ourselves.  Let me give you a great example of someone using their RAS and self-discipline to achieve specific goals that they he set for himself — many of them spiritual in nature.

Jonathon Edwards (1703 – 1758) was a Puritan pastor / scholar who is widely regarded as America’s greatest-ever theologian.  Edwards understood the importance of correct thinking.  Over a period of two years (1722 and 1723), Edwards wrote a total of 70 short statements (he called them Resolutions) —- things that he resolved to do come hell or high water.  In other words, he was not going to be taken off guard by anything that life threw his way.  He had already committed in his heart purposefully and ahead of time what he would do if he found himself in various situations.   Some of these were things like……..

1.  Resolved, that I will do whatsoever I think to be most to God’s glory, and my own good, profit and pleasure, in the whole of my duration, without any consideration of the time, whether now, or never so many myriad’s of ages hence. Resolved to do whatever I think to be my duty and most for the good and advantage of mankind in general. Resolved to do this, whatever difficulties I meet with, how many and how great soever.

5.  Resolved, never to lose one moment of time; but improve it the most profitable way I possibly can.

14.  Resolved, never to do anything out of revenge.

17.  Resolved, that I will live so as I shall wish I had done when I come to die.

28. Resolved, to study the Scriptures so steadily, constantly and frequently, as that I may find, and plainly perceive myself to grow in the knowledge of the same.

40. Resolved, to inquire every night, before I go to bed, whether I have acted in the best way I possibly could, with respect to eating and drinking.

46. Resolved, never to allow the least measure of any fretting uneasiness at my father or mother. Resolved to suffer no effects of it, so much as in the least alteration of speech, or motion of my eve: and to be especially careful of it, with respect to any of our family.

52.   I frequently hear persons in old age say how they would live, if they were to live their lives over again: Resolved, that I will live just so as I can think I shall wish I had done, supposing I live to old age.

58.  Resolved, not only to refrain from an air of dislike, fretfulness, and anger in conversation, but to exhibit an air of love, cheerfulness and benignity.