do you really want to be vaccinated against the flu again this year? 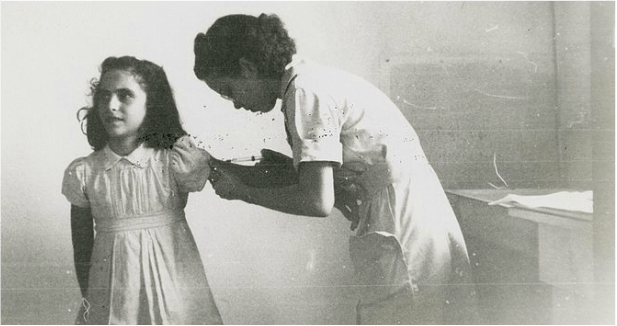 “An advisory panel to the U.S. Centers for Disease Control and Prevention announced last week that the nasal form is hardly effective at all at preventing flu and should not be used for the 2016-17 flu season.  A 2012 review of scientific literature published in Lancet had found that the nasal vaccine was 83 percent effective in young children. But during its most recent meeting, ACIP reviewed studies, from 2013 to 2016, and found that the nasal mist had been relatively ineffective in all of those flu seasons. In 2015-16, the committee found the nasal vaccine was only about 3 percent effective in children ages 2 to 17—virtually nil.  There is no evidence that the mist’s ineffectiveness in recent years has resulted in any increase in flu deaths.  Yet, far from making families lose faith in flu vaccines, this latest announcement should, if anything, strengthen the public’s confidence in the CDC and its Advisory Committee on Immunization Practices.  The failure of the nasal mist doesn’t mean children shouldn’t be vaccinated.”   Cherry-picked from June 28 (I am not making this title up folks) The Positive Side of the Ineffective Nasal Flu Vaccine by the extremely pro-vaccination group, The Immunization Partnership.
Get ready, because it’s the time of year when proponents of the FLU VACCINE start ratcheting up their PSA’S and propaganda (see above paragraph) concerning immunizations against the Flu.  And once again you are going to hear that THIS YEAR IS PREDICTED TO BE THE WORST FLU SEASON EVER.  Because of these sorts of scare tactics, lots of people — particularly the geriatric crowd — line up for their annual Flu Shot like old hippies lining up for free tickets to the GUESS WHO reunion tour.  There are any number of problems with this scenario; namely that they (flu vaccines; not The Guess Who) are all but totally ineffective.

A few years ago, the gold standard for deciphering medical research (The Cochrane Review) did a meta-analysis on over fifty studies (studies not done by the PHARMACEUTICAL INDUSTRY) concerning the use of flu vaccines for those 65 or older (HERE).  They found that the shots were (gulp) only 1% effective.  That is, unless the powers-that-be happened to guess correctly and create a flu vaccine that was actually matched to the specific type of flu that happened to be going around in a given year (this happens about once a decade), in which case efficacy jumps all the way up to 4% (not a misprint).  And if you can believe it, the flu vaccine is actually less effective in the under-18 population (HERE).  Furthermore, it was just two months ago that I let you know that after several years of futility, the nasal mist flu vaccines were shown to be a whopping 3% effective, and were summarily dumped by the CDC (HERE).  And now this.

A brand new study from Canada’s McMaster University was published in the current issue of the Annals of Internal Medicine (Live Attenuated Versus Inactivated Influenza Vaccine in Hutterite Children).  Interestingly enough, this study argues that the live virus (attenuated) vaccines and dead virus vaccines are equally efficacious against Flu.  Case in point; the children in groups receiving one of the two kinds of flu vaccines shared virtually identical rates of Flu (5.3% -vs- 5.2%).  The study’s conclusions showed exactly that. “Immunizing children with LAIV does not provide better community protection against influenza than IIV.”  Their point (as misguided as it may be) was to bring back the nasal mist vaccine because it was shown in this study to have the same efficacy as shots.  But here’s the rub.

While I can certainly buy what they are selling as far as the highlighted conclusion above, their point is moot.  Research, in the form of hundreds of studies, has proven time and time again that the the efficacy of the various flu vaccines are equal — equally worthless.  Looking at the links I’ve provided you, proves this. To call them ‘equally effective‘ (as opposed to equally ineffective) is deceptive at best, and at worst, fraudulent.

This, folks, is another example of BIG PHARMA working hand in hand with politicians and government regulatory agencies to line their pockets — at the expense of you and your children, by promoting a common ailment as “dangerous” or even “deadly,” and then acting as though they alone have the magical antidote.  For those who believe that the Flu is dangerous to the average person (young or old), I would urge you to click on the first link in this post (top of page) and begin skimming titles.   Or you could skip ahead to Dr Ed Yazbak’s scientific explanation of the extreme exaggeration that takes place with the government’s statistics concerning flu-related mortality (HERE).

But then again, playing with statistics is the very nature of EVIDENCE-BASED MEDICINE — especially relevant when considering that the mass numbers of vaccines our children are being exposed to are contributing to the explosion of autoimmune and inflammatory diseases in America (HERE is one example of many).