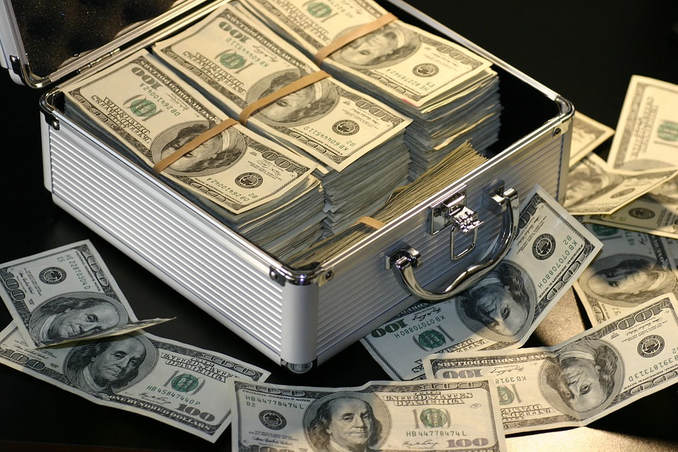 Maklay62 – Sacramento/USA – Pixabay
Evidence-Based Medicine is sort of like Communism.  It sounds great until you try and put it into practice.  The problem is that in real life, utopian theories don’t usually work out as well as they do on the pages of a book.  If we could bring them back from their mass graves, we could ask the people who initially supported Hitler, Mao, Stalin, Pol Pot, and Castro about their thoughts on this statement.

Don’t get me wrong.  We should be using “evidence” to determine what sorts of medical treatments are the safest and most effective.  Although you may be totally unaware of the fact, the problems with accomplishing this have proved all but insurmountable.  One of the biggest is that we currently have a system where evidence / science is whatever the people with the most money say it is (HERE).  And think about this for a moment; if practicing according to the ‘evidence’ is so great, doesn’t it make you wonder about the billions of tax dollars used for research over the course of the past century, starting with the FLEXNER REPORT?  I have written extensively about EVIDENCE-BASED MEDICINE and the fact that many in the scientific community believe it to be a pipe dream.  Let me show you why it can never really work for many types of practices, including mine.

It has long been known that he who controls the gold, dictates the standard.  Cliches aside, the “Gold Standard” of medical practice is the double-blinded, placebo-controlled study.  What does this mean?  I will give you a simple example.  The drug company SquabbMerleCo has been working for years to develop a drug to prevent male lactation.  After all sorts of clinical trials, they finally came up with something that is being studied by the FDA for market approval (PROGENITORIVOX).  The clinical trials consisted of dividing male lactators into two groups and treating half of them with the drug and half with a sugar pill (the placebo).  The double blind aspect of the study means that neither the doctor nor the patient know who is getting the drug and who is getting the sugar pill.  After a certain period of time, the researchers simply look at whether or not the drug group (the experimental group) responds significantly better than the placebo group (the control group).  Just remember that “significance” equals 5% in the field of statistics.  Or does it?  Some things are never quite what they seem when it comes to Big Pharma and the way they do their research.  Case in point; DEPRESSION.

A while back I wrote about the various ways that the studies on Anti-depression drugs were tweaked to look much better than they really were.  One of the chief ways this was accomplished was to make sure that the studies that didn’t go as well as the drug companies had hoped, were never published.  Another common ploy is to engage in something called “data dredging”.  After a study is completed, the authors hire statisticians to comb through the data and look for any conceivable way to twist it so that in some convoluted way, the drug looks statistically better than the placebo (this is actually fairly easy to do, depending on how a study is set up — see the example from the top of the page).  Or what about failing to include the people who drop out of the study due to side effects (sometimes as high as 25 or 30% — HERE is an example of this with Infantile Colic, or you can just click on the Depression link above)?  When Dr. Arif Khan of the Northwest Clinical Research Center in Washington State looked at over 50 clinical trials on antidepressant drugs performed between the years 1985 and 2000, he found that only about half showed that the antidepressant was better than the placebo. Khan’s team did a similar study in 2012, looking at the effects of Anti-depression medications versus placebos versus “alternative methods” such as exercise and acupuncture in nearly 180 studies.  Conclusions?

So, after looking at decades worth of research on anti-depressant medication from well over 200 studies from a wide array of peer reviewed journals, Dr. Khan’s research team shows that half the studies showed no benefit.  The drugs are, on the whole, every bit as good as alternative therapies, which are themselves no better than placebo.   As I showed in the earlier link, this is just the tip of the iceberg.  Considering the numbers of Americans taking ANTIDEPRESSANTS, you would hope that these sorts of facts were making their way into the public eye more than they are.  But back to the original statement I made about the double blinded, placebo controlled studies not being a valid method of testing for much of the work that I do in my clinic.

The big knock against natural healing (the Chiropractic profession included), is that there is not enough ‘evidence’ to back up what we do.  In other words, it is always claimed that the evidence for what we do tends to be anecdotal (subjective) as opposed to empirical (objective).  But lets look at this for a moment. There actually is a great deal of SOLID RESEARCH on Chiropractic.  But this problem goes far deeper than that.  It’s one thing to test a drug against a placebo (or another drug) in a double-blinded study.  But how in the world would I test CHIROPRACTIC ADJUSTMENTS against a placebo?  How would I test something intense like TISSUE REMODELING against a placebo?  Particularly in the classic “double blinded” manner associated so strongly with science (neither the doctor nor the patient knows who is getting the real treatment and who’s getting the sham).   I would contend that the very nature of the way that I treat patients excludes blind / double blind placebo controlled studies.  And since this is the “Gold Standard” of research, folks like me are automatically discredited and then lumped together and thrown over on the pile labeled “unscientific”.   In their minds, since I have little  more than satisfied patients who refer their friends and family, and a whole bunch of those stupid VIDEO TESTIMONIALS, I’m a quack with no real evidence to back up what I do.   I will delve deeper into this issue of “evidence” in a moment, but for now let’s shift gears. 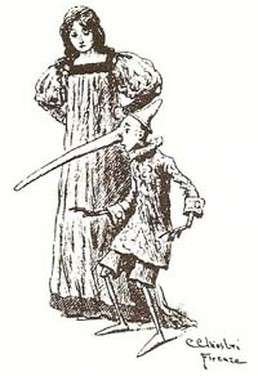 I recently dealt with Dr. Ionnidis paper (HERE) concerning his take on Evidence-Based Medicine (Why Most Published Research Findings Are False).  The thing I want you to understand is that he is not a lone voice crying out from the wilderness.  HERE and HERE are a couple of examples from 2011.  I could have included dozens.

After Abraham Flexner’s infamous report of the early 20th century (HERE), evidence has become an increasingly important part of what constitutes ‘science’.  Alternative healing methods are pointed to as quackery because they are not meeting the criteria for what constitutes Evidence-Based Medicine.  But how could they?  It takes very little digging to realize that the mainstream medical community is not meeting these criteria either.  However, they are allowed to hide behind their white coats, test tubes, and Bunsen burners, while decrying everyone else as unscientific.

Nowhere is the ‘evidence’ against Evidence-Based Medicine more in-your-face than the arena of Medical Guidelines.  Medical Guidelines are the diagnostic and treatment recommendations for the various aspects of medicine.  They are supposed to be based on the best evidence.  And if evidence is not available (you might be surprised how often it’s not), expert opinion.  If not challenged, these guidelines will eventually become the “Standard of Care” — the standard against which all diagnosis and treatment is measured against.  As you might imagine, this takes for granted that the Medical Guidelines the Standards of Care came from were ‘evidentially’ solid to begin with.  But what if they’re not?  What if the Medical Guidelines have been bought and paid for by special interests?

The conclusions of the January 2014 issue of the Mayo Clinic’s online journal Mayo Clinic Proceedings published a large study (Systematic Analysis Underlying the Quality of the Scientific Evidence and Conflicts of Interest in Interventional Medicine Subspecialty Guidelines) that concluded, “Most of the interventional guidelines failed to grade the evidence. When present, most guidelines used lower-quality evidence. Furthermore, most guidelines failed to disclose COIs. When commented on, numerous COIs [Conflict of Interest] were present.”  Wow.  Financially conflicted low quality evidence that wasn’t even graded.  How’s that for Guidelines?  In fact, when the Medical Guidelines for 149 different specialties / subsets of medicine were looked at, here’s what Mayo found.

This problem of financial COI is so bad that one of the authors of an accompanying editorial (Jayant Talwalkar, MD, associate medical director of the Value Analysis Program in the Mayo Clinic Kern Center for the Science of Health Care Delivery) stated that, “the lack of attention to individual and organizational COI may be the greatest threat to creating trustworthy clinical practice guidelines“.  I would vouch for this.  I recently published several posts on “conflicted” Guidelines of specific specialties within medicine (CHOLESTEROL, CARDIO-THORACIC SURGERY, SPINAL SURGERY, and OBESITY).   This does not even begin to take into account the various ways that Medical Guidelines are flaunted by the indiscriminate use of ANTIBIOTICS which are routinely prescribed for everything from the FLU, COUGHS, COLDS / UPPER RESPIRATORY INFECTIONS, SINUS INFECTIONS, and numerous other problems which are known to be viral in nature the vast majority of the time.   Oh; one more thing.  The editorial I mentioned just a moment ago?    Two of the three authors reported COI’s with the following companies.