NEW STUDY COMPARES WHAT PATIENTS THINK THE RISKS
OF MEDICAL TREATMENT ARE, COMPARED TO REALITY 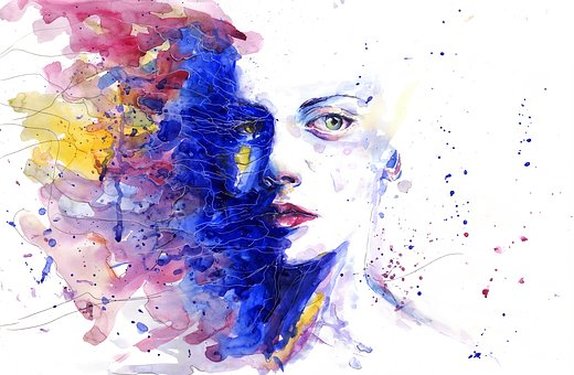 “Most participants in our sample who underwent routine cancer screening reported that their physicians did not tell them about overdiagnosis and overtreatment. The few who received information about overtreatment had unrealistic beliefs about the extent of that risk. The large number of uninformed patients might be explained by a large number of physicians who themselves know little about screening harms.” From the December 2013 issue of JAMA Internal Medicine (Overdiagnosis and Overtreatment:  Evaluation of What Physicians Tell Their Patients About Screening Harms).

“What we know from cold, hard, statistics is that for every person medicine is claiming to have heroically cured of their (insert disease-of-choice here __________) on the front end, someone is being buried without fanfare on the back.”  From my article, EVIDENCE-BASED LIES

Allow me to paint a common scenario for you.  A person is having some sort of CHRONIC PAIN.  They go to the doctor for the CT SCAN that was promised them if the PAIN MEDS, MUSCLE RELAXERS, NSAIDS, and CORTICOSTEROIDS, that were prescribed two weeks ago didn’t help.

The pain is so severe that in their way of thinking, the scan should literally Glow Red, causing the sort of gasps (or even a near-swoon) from their doctor that Ralphie believed his “Red Ryder BB Gun” essay would evoke from his teacher in the classic movie, A Christmas Story.  Not only is this rarely the case (HERE are some examples), but click on the CT link above and you’ll notice that these tests are more dangerous than anyone is ever told — far more dangerous.

Dr. Deborah Korenstein, a professor of Internal Medicine at New York’s Mount Sinai Hospital, wrote a commentary in this month’s issue of JAMA Internal Medicine (Patient Perception of Benefits and Harms; The Achilles Heel of High-Value Care) discussing this very issue.  In her article she described ‘High-Value Care’ as, “care for which the evidence suggests maximal benefit and minimal harm….”  Interestingly, she goes on to say that, “patient understanding of evidence is fundamental to improving care value“. In order to decipher this statement, we must barrow Ralphie’s “Little Orphan Annie Secret Decoder Ring”.

What does it reveal other than we should all be drinking more Ovaltine?  Caveat Emptor (buyer beware).  In other words, it’s up to you to improve your care value by weighing the evidence and deciding whether or not the recommended tests or treatments have a good risk-to-benefit ratio.  Before we discuss whether or not the medical profession is, on the whole, doing any sort of due diligence in this department, we are going to spend a couple moments talking about EBM — EVIDENCE-BASED MEDICINE.

EBM is defined by Dr. David Sackett as, “the integration of clinical expertise, patient values, and the best evidence into the decision making process for patient care….  The best evidence is usually found in clinically relevant research that has been conducted using sound methodology.”  If you will browse through titles in the previous link, you’ll be shocked at just how severely the so-called ‘evidence’ has been tainted (HERE is a great example), and just how many different ways there are to taint it (HERE is a common one as well).  I’m sorry but you will never convince me that physicians who are collecting big money from Big Pharma can be trusted to provide unbiased MEDICAL GUIDELINES.

Doctor Korenstein goes on to explain that, “a consistent overestimation of benefits of care and underestimation of its harms by patients creates a mismatch between evidence-based care and patient-centered care“.  A few paragraphs later she tells us that doctors are likewise guilty of both (overestimating benefits and underestimating harms).  She would love Big Pharma to police itself when she talks about, “improving the information presented in direct-to-consumer advertising.”

Do you think this or other similar suggestions are going to happen any time soon?  Don’t count on it — especially not with television commercials such as THIS ONE helping BIG PHARMA rake in billions.  She’s a realist who understands that what she is striving for is essentially a pipe dream.  “These steps require broad consensus outside the medical community, political will, and money.  They may not happen in the near future, and they may not be enough.“

I bring all of this up to talk about the study she is actually editorializing about from the same issue of the same journal (Patients’ Expectations of the Benefits and Harms of Treatments, Screening, and Tests). This study by a researcher and a medical doctor helps you understand why it’s absolutely critical for you to grasp the potential risks of whatever tests or treatments your doctor recommends for you or your family.  Pay close attention as I show you why Dr K said that you had better understand the evidence.

How often did patients get it right concerning either overestimated benefits or underestimated side effects?  “A correct estimation by at least 50% of participants only occurred for 2 outcomes.”  When I pull out my trusty calculator, this means that people actually understand the risk-to-benefit ratio of their treatment or diagnostic testing less than 6% of the time.  Gulp!

Here’s the deal folks; we already know that adverse events are only being reported as little as 1% of the time (HERE).  We also know that money HEAVILY INFLUENCES almost everything that’s done in the doctor’s office (why do you think Dr. K figured that any changes would take a long time to happen if they ever happened at all?).  It’s all part of the PIPE DREAM that is “Patient-Centered Care”.

“EBM is now the problem, fueling overdiagnosis and overtreatment….  Corruption in clinical research is sponsored by billion dollar marketing razzmatazz and promotion passed off as postgraduate education….   How many people care that the research pond is polluted with fraud, sham diagnosis, short term data, poor regulation, surrogate ends, questionnaires that can’t be validated, and statistically significant but clinically irrelevant outcomes?

Medical experts who should be providing oversight are on the take. The current incarnation of EBM is corrupted, let down by academics and regulators alike….” – Dr Des Spence writing in the January 2014 issue of the British Medical Journal (Evidence Based Medicine is Broken).

The interesting thing about the study we have been discussing is that if you are a regular reader, none of this is news.  What I would like to do is to tackle some of the issues that were specifically mentioned  in this study — tests and treatments that are both more dangerous than doctors typically lead you to believe, and less effective.  It’s what I call a “Bad News” double-whammy for patients.  By the way, this list is short, but believe me when I tell you that it could have gone on and on and on.

Because the practice of medicine has become “corporate” you are viewed by virtually everyone in the healthcare system as a commodity.  A walking, breathing dollar sign.  Hopefully this raises a big red flag in your mind.  A study from the July 2013 issue of the very same journal — The Journal of the American Medical Association’s Internal Medicine (Association of Patient Preferences for Participation in Decision Making With Length of Stay and Costs Among Hospitalized Patients) stated that…

“Most patients exhibit a desire to understand their medical conditions and treatment options.  However, a smaller fraction of patients have a strong desire to make their own medical decisions, with a substantial fraction preferring to defer decisions to their physician.”

Did you catch that through the almost lawyeresque language?  Most people (the “substantial fraction“) want their doctors to make their healthcare decisions for them.  Face it; it’s easier that way.  It doesn’t require much of you except to make your appointments and open up your wallet.   If you value your health or the health of your family, you had better be about the business of researching every single recommendation that any doctor makes — self included, and figuring out whether or not the potential benefits outweigh the potential risks.  Otherwise you’ll end up with THIS KIND of advice.

Dr. Schierling is licensed chiropractor and world-renowned for intervention with persistent chronic pain. Dr. Schierling focuses on a holistic approach to helping end his patients’ chronic pain that includes Scar Tissue Remodeling Therapy.
All Posts »
PrevPreviousthe hygiene hypothesis, vaccinations, antibiotics, and how to heal your gut
Nextbreaking fascia (tissue remodeling) can cause a herxheimer reactionNext