evidence-based medicine: the more things change, the more they stay the same

EVIDENCE-BASED MEDICINE: TRYING TO MAKE A JALOPY LOOK LIKE A LAMBORGHINI 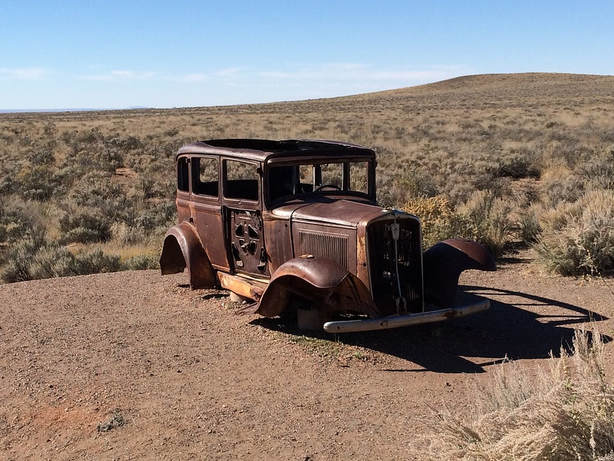 Jalopies certainly have a “cool” factor, but they don’t exactly make for good transportation.  Back in October of 1991, Richard Smith showed us that in many ways, we’ve been confusing that old beater with a million dollar sports cars.  You see, this Richard Smith wasn’t just any old Richard Smith (I know several).  From 1991 through 2004 this Richard Smith happened to be the editor of one of the world’s oldest and most prestigious medical journals (established in 1840) — the British Medical Journal, better known by its initials, BMJ.

Over a quarter century ago — the year he took over as editor — Smith published an editorial called Where is the Wisdom? The Poverty of Medical Evidence.   In these few cherry-picked sentences, you can feel the tone of Smith’s scathing indictment of the medical community.

“There are perhaps 30,000 biomedical journals in the world, and they have grown steadily by 7% a year since the seventeenth century. Yet only about 15% of medical interventions are supported by, solid scientific evidence, David Eddy, professor, of health policy and management at Duke University, North Carolina, told a conference in Manchester last week.

This is partly because only 1% of the articles in medical journals are scientifically sound. And partly because many treatments have never been assessed at all.  For 21 problems tackled so far, the evidence has been judged — by the experts — to be between poor and none for 17, and usually the best available evidence was something less than a randomized controlled trial. Often the evidence that was available contradicted current practice.”

It was one of those proverbial “shots heard round the world” in the field of healthcare — the moment when we all knew beyond the shadow of a doubt that the emperor really was naked.  But 1991 was a lifetime ago for many of you reading this, and things have surely changed in the last two and a half decades?  After all, it’s 2017. Medicine is more scientific now.  We have the internet, and lasers, and robotic surgery, and vaccines for everything and then some, and the FDA. We have evidence-based medicine. Science is surely enough to save us from ourselves; isn’t it?

Unfortunately, a brand new study from the very same journal — BMJ (How Good is the Evidence to Support Primary Care Practice?) showed us that the emperor is just about as naked today as he was 26 years ago.  After looking at over 10,000 medical recommendations and industry guidelines that encompassed almost every imaginable category of healthcare, we leaned that the more things change, the more they stay the same.

Despite the authors telling us that, “Evidence-based practice has been an important paradigm shift in modern healthcare education and practice,” the so-called ‘evidence’ of evidence-based medicine reveals that even though we may have thought we were buying a Testarossa or Countach, all too often, we are still riding in the (gulp) turkey wagon.

“Previous studies have used observation of physician decisions to determine the extent to which physician decisions are based on high-quality evidence. In this study, we take a novel approach that evaluates the strength of evidence for a broad range of conditions in primary care and also assesses the extent to which that evidence is based on patient-oriented outcomes. Few medical references rate the strength of evidence of all key clinical recommendations. One is Clinical Evidence, which reported that 11% of the treatments reported in randomized trials were beneficial and another 24% were likely to be beneficial.”

The July 2 issue of MedPage Today (Mediocre Evidence Behind Many Primary Care Decisions — Only 18% of Clinical Recommendations Based on High-Quality, Patient-Oriented Evidence) by Alexandria Wilson Pecci did a better job of summarizing the situation that continues to swirl around evidence-based medicine.

“Researchers, led by Mark Ebell, epidemiology professor at University of Georgia’s College of Public Health, analyzed 721 topics from an online medical reference for generalists and found that only 18% of the clinical recommendations were based on high-quality, patient-oriented evidence.”

Twenty six years and we made it from 15% to 18%.  A 3% improvement in medical “evidence” since my third year of chiropractic school.  Are you kidding me?  The emperor might not be completely naked, but he’s not wearing much more than a string mini-Speedo made of tissue paper.  For those that would doubt the veracity of this study, don’t.

I’ve shown you many times that the very things you thought you knew were true of the practice of medicine (get your annual physical, get your annual flu shot, get your regular colonoscopy, drugs are safe and effective and you need lots of them) are all too often, anything but (HERE).  Furthermore, the research that makes it into the public eye is being shown to have been tinkered with in ways that are nearly unfathomable to the average citizen (HERE).  This means that EVIDENCE-BASED MEDICINE is frequently little more than a feel-good oxymoron created to make doctors feel better about what they are doing clinically, and patients feel better about having it done to them.

What do I suggest people do who are chronically ill and / or dealing with CHRONIC PAIN?  In many cases, probably even most cases, people need to be taking their health into their own hands and addressing unbridled inflammation at its source (HERE).  Why?

No one is going to work for your cause like you are.  To see a generic template; a starting point as far as figuring out what you may need to do to begin taking your health back, HERE is something to look at — something to at least get you thinking about creating your own “Exit Strategy”.  An Exit Strategy is one of the best ways I know to get off the turkey wagon and start turning your body into a fine-tuned Lamborghini. And be sure to like, share or follow on FACEBOOK if you appreciate our work.

Dr. Schierling is licensed chiropractor and world-renowned for intervention with persistent chronic pain. Dr. Schierling focuses on a holistic approach to helping end his patients’ chronic pain that includes Scar Tissue Remodeling Therapy.
All Posts »
PrevPreviousalternative medicine: science or quackery?
Nextfascia as a proprioceptive organ and its relationship to chronic painNext