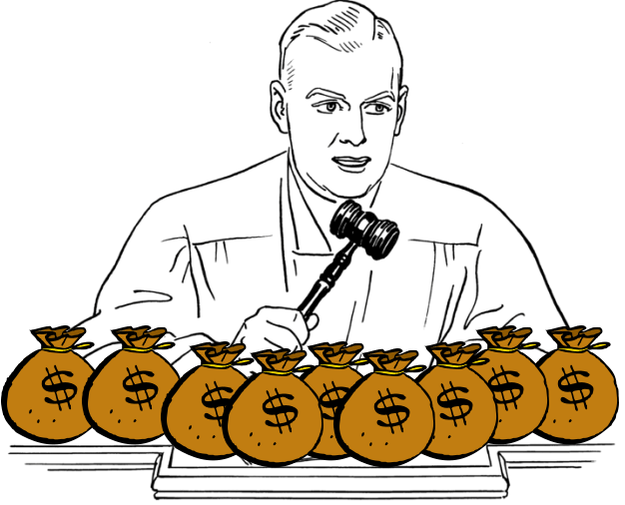 Unfortunately, the title of this post could have easily been, ‘The More Things Change, The More they Stay the Same.‘   According to his Facebook page, Dr. Brian Earp is a Yale-trained scientist who is both a research assistant at the Oxford Centre for Neuroethics and a visiting scholar at the Hastings Center Bioethics Research Institute.  He also writes for The Atlantic.  Listen to what he says in his most recent Facebook post.  “I’m sorry – I still can’t get over the fact that my grandpa published on the need to report negative results in 1927 in JAMA”   A 90 year old issue of the Journal of the American Medical Association carried a letter to the editor from an Ohio physician discussing the need to report negative clinical results.   Why report negative results? 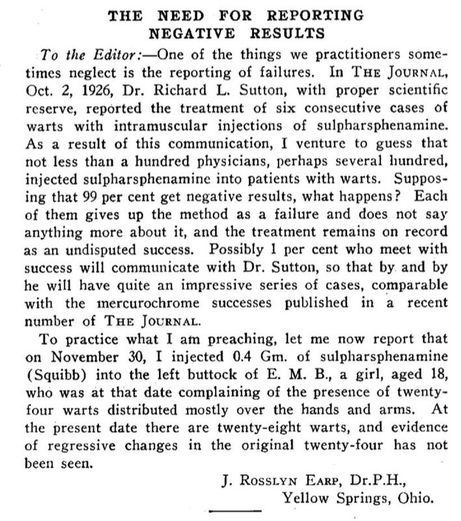 When negative findings are not reported by biomedical researchers, it dramatically skews conclusions, making results appear far better than they really are.  This is all too common practice leaves us with hundreds of thousands of studies that are widely known in the medical community as “INVISIBLE AND ABANDONED”.  It also happens to be the reason I am the current world record holder for consecutive free throws (HERE).  Also bear in mind that it can take an act of Congress to get these results released via sunshine laws (and only if the researchers took public monies).  Unfortunately 50% of all medial studies started, are never finished; the research showing that it’s the negative results that are buried, which is merely the tip of the iceberg as far as the way peer review is being manipulated by industry (HERE and HERE). Not surprisingly, it’s why so many of today’s common medical practices go directly against the “BEST EVIDENCE“.

When you read studies or articles about studies, be prepared to see terms like “evidence, best evidence, evidence-based practice, EBM, or evidence-based medicine” over and over again — often times to the point of being nauseating.  As to why so much of the evidence is not being followed, there are billions of reasons — all of them GREEN.   I want to take a moment to show you a few of the places that “BEST EVIDENCE” are not being followed by the medical community.

Folks; in case you haven’t figured it out yet, you have to be your own health advocate.  Despite their assertions to the contrary, our government is not going to save you (see previous link).  Furthermore, it’s both scary and empowering to realize that your doctor isn’t going do do it for you either.  They can’t.  Drugs rarely solve anything.  The reality is that your health is up to you (HERE is the story of someone who came to that realization last spring and turned their life around, and HERE are dozens of others like her).  If you are struggling with Chronic Health Conditions of nearly any sort, at least browse some of THESE suggestions.