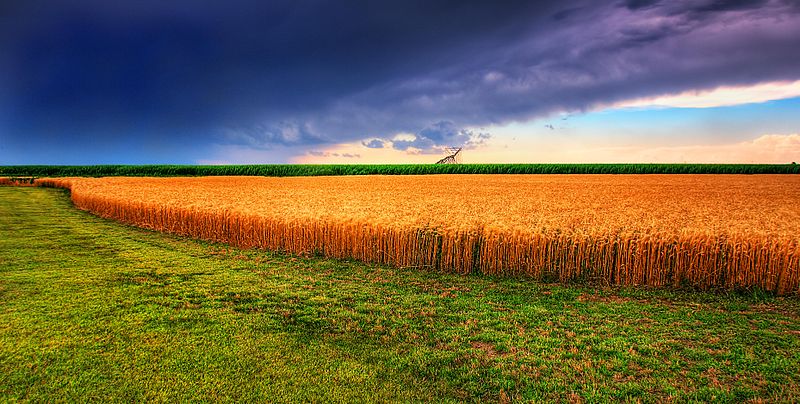 I went to see the consultant who had carried out the gall bladder operation and excitedly told him about my discovery that gluten and lactose were the source of all my health problems and how dramatic had been the results of excluding them from my diet even after a few weeks. He seemed quite uninterested but told me to carry on with the gluten and lactose exclusion diet “if you find it is working for you.”  From “A Patient’s Journey”.  November 2012 issue of the British Medical Journal

“Gluten sensitivity can be primarily and at times, exclusively a neurological disease.“   Dr. Maios Hadjivassiliou, a neurologist who happens to be one of the world’s leading authorities on Gluten Sensitivity from “Does Cryptic Gluten Sensitivity Play a Part in Neurological Illness?” in the  Feb 1996 issue of The Lancet. The quote below that was cherry-picked from a 2010 article in the Huffington Post called, Gluten Sensitivity and the Impact on the Brain.  “Gluten sensitivity is caused by elevated levels of antibodies against a component of gluten called gliadin….  When a person is exposed to any gluten-containing food like wheat, barley or rye, the antibody combines with this protein, and inflammatory chemicals are created called cytokines which are directly detrimental to brain function [see YESTERDAY’S BLOG POST]. In fact, elevated cytokines are seen in such devastating conditions as Alzheimer’s disease, Parkinson’s disease, multiple sclerosis and even autism. Basically, the brain does not like inflammation and responds quite negatively to the presence of cytokines….  This direct role of anti-gliadin antibody in combining with specific proteins in the brain, has been described for decades and again leads to the formation of cytokines, the chemical mediators of inflammation.”
If you follow my blog at all, you know that I have written extensively about GLUTEN SENSITIVITY —– a health condition which is a much bigger problem than most ever realized.  This is because firstly, most people know very little about Gluten other than the fact they may have heard the term “GLUTEN FREE” in passing or on TV.  Secondly, when people who know a little something about Gluten think of Gluten Sensitivity, they almost always think of GI symptoms such as terrible gas, bloating, IBS, diarrhea, cramps, etc.  Unfortunately, GI symptoms are not the most common symptom of Gluten Sensitivity or the most severe —- not by a long shot.

Even before DR. PERLMUTTER came on the scene, we knew that the most common (and severe) symptoms of Gluten Sensitivity are neurological. When you start affecting the brain and nervous system with inflammation, all bets are off as to which of a wide array of health problems you might end up with.  I was hit full in the face with this fact at a recent seminar in St. Louis.  Dr. Steve Noseworthy, a Carrick-trained FUNCTIONAL NEUROLOGIST from the Tampa area, was teaching one of Dr. Datis Kharazzian’s seminars on the neurological effects of Gluten.

As amazing as it sounds, he made a jaw-dropping case from the peer-reviewed literature that Parkinson’s Disease is caused by AUTOIMMUNE GLUTEN REACTIONS to specific parts of the brain. In fact, he referred to Parkinson’s Disease as a form of Brain-Based Gluten Sensitivity (this is similar to the way that the scientific medical community now refers to Alzheimer’s as Type III Diabetes (HERE even though these people would do well to avoid gluten as well — HERE).  Below is a list of some of the other Neurological Conditions that have been associated with Gluten Sensitivity in the scientific literature.  These are in no particular order.

In fact, if you suffer from practically any of the list above, or any unexplained neurological illness or CHRONIC PAIN SYNDROMES, you seriously need to consider Gluten as a potential cause or contributing factor.  What does this mean?  You need to do a stringent GLUTEN ELIMINATION DIET. In order to do your Elimination Diet right the first time, you absolutely have to understand the concept of GLUTEN CROSS-REACTIVITY as well.

If you were to Google “Gluten Neurological“.  I promise that you’ll be shocked by what you find.  And for those of you who are interested, HERE is Part II of Gluten Sensitivity is Mostly Neurological.