how bad is the global soda problem?

SUGARY DRINKS ARE A WORLDWIDE PROBLEM 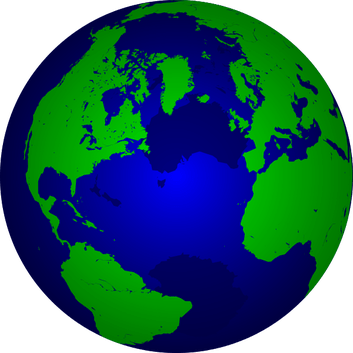 Harvard School of Public Health’s Gitanjali Singh (PhD) recently published the results of 2010’s Global Burden of Diseases Study.   We are already aware of soda’s link to OBESITY, but his team’s conclusions concerning SODA POP and other sugary drinks and death?  Nearly 200,000 people are dying worldwide (25,000 of the deaths occurring here in the United States) —- mostly from heart disease, DIABETES, and CANCER — as a direct result of the sugar they are consuming from “Sugary Drinks”.  My guess is that his estimation is too low — maybe way too low.  The results were reported earlier this week at the American Heart Association’s (AHA) Epidemiology and Prevention/Nutrition, Physical Activity and Metabolism 2013 Scientific Sessions.

While the AHA recommends a maximum of 450 calories a week from sugary drinks, much of the world is following America’s lead and going beyond that —- far beyond that.  In fact, I saw a recent study touting the fact that the number one source of calories for American teens was soda (HERE).  Here are some other “Fun Facts” concerning American consumption of soda and other sugary drinks that come from this and other studies.

Interestingly enough, several governmental organizations are telling citizens to cut the sugar by consuming “Diet Soda”.  With what we now know about Aspartame (NutraSweet), how beneficial can this be?  Not only is this stuff bad in every conceivable manner, it actually causes more weight gain than normal soda (HERE)  It seems that people are very confused these days.  They are SWAPPING SUGAR FOR MORE SUGAR and assuming that juice-like drinks or “Sports Drinks” must be good for them because they made people like Michael Jordan, Peyton Manning, and Mia Hamm, what they are today.  Get kids hooked, and they’re too often HOOKED FOR LIFE.

Dr. Schierling is licensed chiropractor and world-renowned for intervention with persistent chronic pain. Dr. Schierling focuses on a holistic approach to helping end his patients’ chronic pain that includes Scar Tissue Remodeling Therapy.
All Posts »
PrevPrevioushpv:  to vaccinate or not to vaccinate?
Nextmanipulation beneficial for low back painNext