is evidence based medicine really “evidence-based”?

EVIDENCE BASED MEDICINE: IS IT REALLY AS “EVIDENCE-BASED” AS YOU’VE BEEN LED TO BELIEVE? 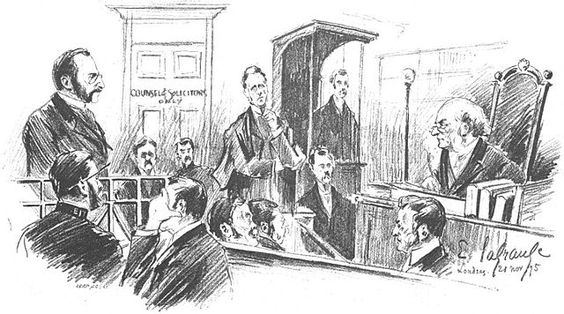 “[Drug] trials can be rigged in a dozen ways, and it happens all the time.”   Dr. Marcia Angell from 2004’s, The Truth about Drug Companies: How They Deceive Us and What to Do About It.

Angell’s book was written over a decade ago (2004) — several years after being fired from her position as editor-in-chief of the NEJM for an expose revealing that nearly 100% of the medical research involved, “serious and often multiple financial conflicts of interest” (HERE).   The problem is that things in the field of “EVIDENCE-BASED MEDICINE” don’t seem to be improving.

Just one short year later, researcher and chair of the Hygiene and Epidemiology Department, Dr. John Ioannidis of Greece’s University of Ioannina School of Medicine, published a study in that August’s edition of PLoS ONE (a well known medical journal).   To those not familiar with this debate, his conclusions are shocking.  “Simulations show that for most study designs and settings, it is more likely for a research claim to be false than true.”   How likely?”Less than 50 percent.”  (From Why Most Published Research Findings Are False)

Ionnidis goes on to say that, “There is increasing concern that most current published research findings are false. The probability that a research claim is true may depend on study power and bias, the number of other studies on the same question, and, importantly, the ratio of true to no relationships among the relationships probed in each scientific field.”  Relationships. An interesting word that usually has feel-good connotations associated with it.

However, in this case, what he is referring to are the incestuous relationships between the drug companies that fund the studies, the universities and researchers that do the studies, and the doctors that actually write the prescriptions (HERE).  Unfortunately, what Dr. Ionnidis was telling us a decade ago is not really any different than what he is telling us today.

Having the distinguished honor of being the first author published in PLoS ONE to have over 1 million views, he was interviewed for the journal last June (From One to One Million Article Views: Q&A with Author John Ioannidis).  What did he have to say about the state of affairs in medical research today?

“Popular research fields are even less credible. Sadly, in most fields the siloed [isolated] investigator writing grants where he promises that he/she alone will discover something worthy of the Nobel Prize is still the dominant paradigm. This sort of principal investigator culture is a problem, especially for popular fields where the literature is flooded with tens of thousands of irreproducible papers.”

An inability to reproduce scientific research is a big reason that what we call “Retracted Studies” have literally exploded in number.  Listen to what Ed Silverman, writing for the Wall Street Journal’s Pharmalot Column had to say about this phenomenon in the July 23, 2014 issue (Should Research Fraud be a Crime? A Reader Poll).  “The issue has becoming increasingly worrisome amid a growing tally of retracted medical journal articles – a 19-fold increase from 2001 to 2010.”

Almost 75% of these retractions were due to yummy things like faking data, plagiarism, or other forms of unethical conduct.   Even more worrisome though, is the revelation that Academic / Research Fraud is not already a crime — particularly troubling in light of the manner in which doctors determine what drugs they are going to prescribe their patients (HERE, HERE, and HERE).  Unethical maybe; but at least for now, not illegal.

Let’s see what this scenario looks lime in real life by looking at a study that was published in the March 28, 2012 issue of the scientific journal Nature (Drug Development: Raise Standards for Preclinical Cancer Research).  We pick this story up with Dr. Glenn Begley, renowned biotech consultant, CEO of TetraLogic, and Executive Director for Oxford BioTherapeutics, doing some research in the field of cellular biomarkers and molecular oncology (CANCER).

A few years ago, when he was the head of Amgen’s Hematology and Oncology Research Department (Amgen is a Fortune 500 biotech firm), his company did an intriguing study.  They picked out the 53 hottest studies in the field of Cancer Research and duplicated them — or at least tried to duplicate them.

This was not simply for the sake of science.  Amgen’s goal was to make sure that the findings of these studies were accurate before pouring incredible amounts of time, energy, resources, and cash into using them as the basis of new Cancer therapies.   What did Begley’s team find?  Only that the results of 47 out of the 53 (nearly 90%) could not be replicated — even when they ran some of the experiments as many as 50 times.

Listen to what a Senior U.S. Health & Science Correspondent for Reuters writes in an article called In Cancer Science, Many “Discoveries” Don’t Hold Up.  “Begley’s experience echoes a report from scientists at Bayer AG last year. Neither group of researchers alleges fraud, nor would they identify the research they had tried to replicate.  But they and others fear the phenomenon is the product of a skewed system of incentives that has academics cutting corners to further their careers.”  We see it time and time again folks.  When it comes to the biotech and pharmaceutical industries, it’s all about the money (HERE, HERE, and HERE).

And then there’s the issue of unpublished research.  What happens when scientists decide to do a research project in the quest to gain FDA approval for a certain drug / therapy, but the experiments don’t turn out as planned?  Easy; just figure out a different way to run the experiment in order to get the results you want, while burying the bad results so deeply that they never see the light of day (see Dr. Angell’s quote from the top of the page).

Yep; another common ploy in the war to win the minds of the consumers and agencies created by our government to protect them —- all the while telling everyone that what they do is “scientific”.  This practice is so common in the medical research field that studies of this nature are known as “INVISIBLE & ABANDONED“.

If you want to see an example of all of this working together to fool the public and make a barnfull of money in the process, look no further than the diabetic drug Avandia (Rosiglitazone) — another of the offerings from GLAXOSMITHKLINE.  In 2007, a study published in the New England Journal of Medicine temporarily put a damper on the money machine (over 3 billion dollars per year) when it published a study called Effect of Rosiglitazone on the Risk of Myocardial Infarction [Heart Attack] and Death from Cardiovascular Causes.

For this study, the authors combed through 116 trials held by the FDA, the various study’s authors, as well as GSK themselves (whoops; you’ll see in a moment that GSK withheld as much data as they possibly could).  In other words, there was no new research done for this study.  It was merely a review of the existing literature on the topic.  Listen to the findings.

“Rosiglitazone was associated with a significant increase in the risk of myocardial infarction and with an increase in the risk of death from cardiovascular causes that had borderline significance. Our study was limited by a lack of access to original source data, which would have enabled time-to-event analysis. Despite these limitations, patients and providers should consider the potential for serious adverse cardiovascular effects of treatment with rosiglitazone for type 2 diabetes.”

When we translate this to terms that everyone understands, we learn that Avandia led to a 43% increase risk of MI (Heart Attack) and a 64% greater chance of death.  So unless you consider 80,000 additional deaths between 1999 and 2007 a problem (see the 2010 issue of the Archives of Internal Medicine — Rosiglitazone Revisited: An Updated Meta-Analysis of Risk for Myocardial Infarction [Heart Attack] and Cardiovascular Mortality), Avaindia’s side effects weren’t that bad.  Oh; and it’s also important that you understand that when it comes to drugs, side effects and adverse events are, on average, under-reported by about 95% — HERE).

Sounds to me like Avandia should have been taken off the market years ago — right along with most of the other DIABETES DRUGS currently on the market.   But nope.  The FDA’s board of “independent experts”  (an oxymoron if I’ve ever heard one) voted 8 to 7 to keep it — where it still is today — even though much of the rest of the world has banned it.

If you are one of the tens of millions of Americans struggling with Chronic Pain or Chronic Illness and is interested in getting your life and health back, you’re going to have to do something different than what you’ve been doing.  Reading my site (THIS POST in particular) is a great place to start.  And be sure to like, share or follow on FACEBOOK while you are at it.