is non-celiac glute﻿n sensitivity a fad?

GLUTEN SENSITIVITY
IS IT MERELY ANOTHER IN A LONG LINE OF PASSING FADS? 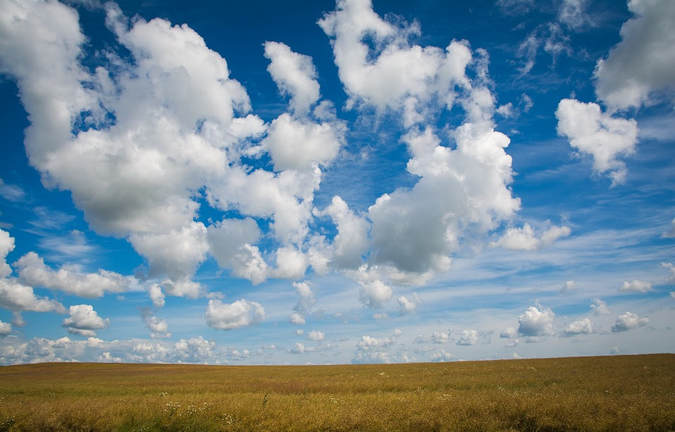 Александр Мартинкевич – Новогрудок/Беларусь – Pixabay
“That gluten sensitivity is regarded as principally a disease of the small bowel is a historical misconception. Gluten sensitivity can be primarily and at times exclusively a neurological disease.”  Dr. Marios Hadjivassilou from a 2002 issue of the British Medical Journal’s, Journal of Neurology, Neurosurgery, and Psychiatry.  He is making the case for “non-celiac” Gluten Sensitivity.

“I do sometimes weary of Wilson continually defending junk food and stereotyping those who try to be healthy.   It is clear from Wilson’s writings and statements over the past decade that he has an animus against any health care practice that is not mainstream, whether health food, chiropractic, naturopathy, home birth, etc….  Various Christians have shared with me that in communities influenced by Wilson’s teaching, they feel increasingly marginalized, stereotyped and judged for their decision to embrace a healthy lifestyle.”   Robin Phillips from last year’s Jesus and Junk Food

Over the past thirty years there have been a myriad of dietary “fads” come and go.   Don’t eat eggs.  Don’t eat butter.  And for Pete’s sake; whatever you do, DON’T UNDER ANY CIRCUMSTANCES PUT FAT IN YOUR MOUTH!  Enter Douglas Wilson of Moscow Idaho’s Christ Church, and his recent blog post (Allergic to Other People — which is actually a reprint from late 2010), where he takes on those dealing with Food Sensitivities.

Wilson is one of the most brilliant theological minds of our generation.  His book, To a Thousand Generations, made me rethink my position on baptism.  And the movie Crash, documenting a series of debates between he and the late Christopher Hitchens was nothing short of amazing.  The truth is, Wilson is an extremely sharp guy who I am not sure I would want to find myself staring at from across from the debate table, no matter the topic.   Unfortunately, his post, while bringing a legitimate problem to light, does not deal with it in any sort of meaningful way — particularly in light of the peer-reviewed scientific literature. I agree with Wilson that this issue has the potential to “divide” the body of Christ, and “disrupt” worship / church unity (ACTS 10).  However, the Apostle Paul was not living in an age of GMO’S & HYBRIDS that happen to be wreaking havoc on the health of so many people — often times with those affected being completely unaware.  The central question at play in Wilson’s post is whether or not Gluten Sensitivity (particularly in non-Celiacs) is real, or whether it is merely another passing fad — the result of something, “that somebody read on the Internet“?

Wilson states, “Food scruples are the deathly enemy of church unity. Every pastor is called by the Lord to hate food divisions, and every pastor who does not hate them is an enemy of his own peace“.  What food scruples is he talking about?  He makes it clear that he is, “not talking about genuine allergies,” because according to him, “everybody should know what those are“.  Mostly, he is talking about people who have, “recently become allergic to gluten” (He refers to these folks as, “allergenic de jour“).  When talking about this group of people eating with others — particularly others in the church — his advice is simply to, “make the sacrifice, and just eat it.”  In other words, he is telling us that he believes non-Celiac Gluten Sensitivity is bogus.  Although I have done it before, I want to give you a brief overview of why this is not only the furthest thing from the truth, but that buying into his way of thinking on this particular issue could potentially leave you with any number of Chronic Conditions.

Firstly, Wilson’s terminology, “recently become allergic to gluten,” is a misnomer.  Although people can and do “become” sensitive to Gluten, most of the time, something occurs to make them aware of their sensitivity.  How would someone become aware of a Gluten Sensitivity?  They may have gotten tested via a lab like Cyrex.  But more than likely they WENT OFF GLUTEN and watched as their health and MENTAL CAPACITY returned, and their PAIN DIMINISHED.  I have already educated my readers as to why NON-CELIAC GLUTEN SENSITIVITY is as real as it gets.  I have also explained that no one is completely certain why AUTOIMMUNE DISEASES in general (HERE is a list), so frequently have their origins in Gluten Sensitivity (HERE).  I have even explained to you (HERE) why Gluten Sensitivity is exploding not only here in America, but across the entirety of the Westernized world.   But there’s more.

The problem with Gluten Sensitivity is that if you are sensitive to Gluten, there is a high probability that you are sensitive to at least one of the foods found on the list of GLUTEN CROSS-REACTORS.  These are foods whose molecular shape is close enough to Gluten that some people’s bodies actually recognize them as such. This is the chief reason that people may be, as Wilson puts it, “allergic to an ever-shifting list“.  Here, though, is where this whole, allergic to gluten,” thing gets really crazy.

Because I am personally Gluten Sensitive; if I eat the stuff, I will end up with some symptoms.  But because my symptoms — the classic overt symptoms of Gluten Sensitivity — happen to be bloating, cramping, gas, and possibly diarrhea, hopefully no one other than me is going to realize that I have a problem.  However, according to the latest scientific evidence, most Gluten Sensitivity will not manifest with the “classic” symptoms listed above.  The majority — some experts say as much as 60% —  manifest themselves NEUROLOGICALLY (and HERE).   One of them listed (PARKINSON’S) hits mighty close to home.  In other words, you may not have any idea that you are Gluten Sensitive until you come down with MULTIPLE SCLEROSIS.  Or EPILEPSY.  Or HASHIMOTO’S THYROIDITIS (Low Thyroid Function).   And even then the vast majority of those affected never figure out that Gluten is the culprit because most doctors, in like fashion to Wilson, DON’T BELIEVE IN IT EITHER.

When Wilson says, “if you have ever showed up to a dinner party (not a potluck) unannounced with your own food, then you are an enemy of church unity,” he might be a bit off base here.  After all, who shows up to a dinner party uninvited?  And then, after accusing those who have NON-CELIAC GLUTEN SENSITIVITY of being, “allergic to charity, other people, church peace, and the Holy Spirit,” Wilson provides his solution.  “Make the sacrifice, and just eat it“.  In other words, your problems aren’t real.  Stop whining, suck it up, pick up your fork, put the pasta in your mouth, chew, swallow, smile, and take one for the team.

The problem with this approach is that following his advice if you have non-Celiac Gluten Sensitivity is very different than following his advice with something like, say, sugar consumption.  Allow me to explain.  Because I well understand THE IMPLICATIONS of consuming copious amounts of sugar and HIGH GLYCEMIC INDEX CARBOHYDRATES, I purposefully / deliberately / consciously limit these in my diet.  But on occasion I cheat.  When I cheat with sugar, I am simply jacking my blood sugar for awhile, causing some SUGAR-INDUCED SYSTEMIC INFLAMMATION, and having to deal with the resulting SUGAR CRAVINGS for the next several days.  Cheating with Gluten is different —- very different.  If you are Gluten Sensitive (whether you realize it or not), your own Immune System is actively making antibodies against wheat protein (Gluten) — every single time you consume it.  Furthermore, many people are so sensitive that it only takes a microscopic amount to trigger the reaction.  On top of this, it may take up to a week for the reaction to completely subside.  And like I told you, once your body starts making antibodies against Gluten, it typically starts making antibodies against itself.

Because I very much see both sides of this issue (Wilson’s position -vs- my position), dealing with it within the church has the potential to be a “damned if you do, damned if you don’t” sort of thing.  Wilson, like many Reformed pastors, is big on Church hospitality — a position that I wholeheartedly agree with.  Do you go to the dinner party and bring your own food?  Do you tell your host about your health problems and offer to bring something?  Do you simply pick around on the food provided?  Do you pass on the invitation(s) and stay home instead?   Or do you end up being the one who is always inviting others over to your home so that you can control the menu?  None of these potential solutions is ideal.  However, just because dealing with non-Celiac Gluten Sensitivity can present a whole range of unique problems both inside and outside the church, does nothing to negate the problem’s legitimacy.

If Chronic Pain and Chronic Illness (not to mention OBESITY) were not such widespread, serious, and costly problems here in America, maybe Wilson’s lack of understanding in this area would be easier to swallow.  But as you can see from YESTERDAY’S POST, they are.  My wish is that in time, those in Wilson’s camp would gain a degree of understanding and appreciation for the seriousness of this matter.

Dr. Schierling is licensed chiropractor and world-renowned for intervention with persistent chronic pain. Dr. Schierling focuses on a holistic approach to helping end his patients’ chronic pain that includes Scar Tissue Remodeling Therapy.
All Posts »
PrevPrevioussolutions for chroni﻿c pain and chronic illness
Nextnormal ranges of motion in the cervical spineNext