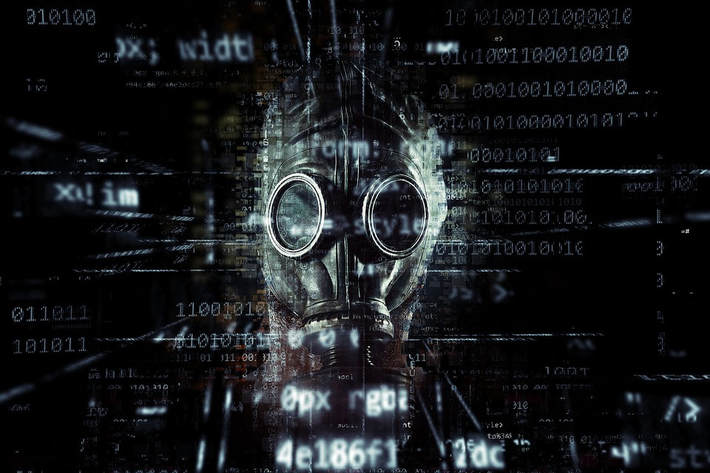 “At the end of the day, the evidence does not support the proposition that nosocomial influenza [flu that’s transmitted in a facility setting] is associated with unvaccinated healthcare workers.  After the most thorough review of all of the testimony, studies and reports tendered in this proceeding, and with the greatest of respect to an accomplished and respected researcher and physician, I cannot conclude that the evidence comes even close to establishing that masking may be as ‘effective as vaccine in protecting patients from influenza.'” Judge William Kaplan, Sole Arbitrator of the legal case being discussed today

EVIDENCE-BASED MEDICINE is a funny thing.  It seems suspiciously like the medical profession gets to “PICK AND CHOOSE” the evidence they follow, while discarding what they don’t like as so much garbage.  Case in point is FLU SHOTS.  Even though just last year, 200 vaccinated individuals were needed to prevent a single case of the flu (HERE — this is known as the “Number Needed to Vaccinate” or NNV), this year’s vaccination campaign is underway with a fervor that could only be described as ‘religious’.

Not surprisingly there are rules in most hospitals forcing workers to be vaccinated against the flu, or if they choose not to, force them to wear a surgical mask to ‘protect’ patients. Funny considering recent research revealed the enormous percentage of healthcare workers that intentionally come to work with the flu, with physicians fingered as the worst offenders — HERE.  Where did this mandate start?

Healthcare employees (LIKE THIS ONE) have been increasingly browbeat into getting their annual flu shot, even though THE LATEST COCHRANE REVIEWS ON FLU VACCINES showed yet again that for virtually every population group studied, they are all but totally worthless at doing what they were created and widely believed by the public to do; prevent the flu (HERE).  And yes, this is even true of healthcare workers (HERE).

Various governmental organizations (part of our burgeoning bureaucracy) believed they could both protect the public and lower costs by enforcing a variety of rules designed for “Quality Improvement”.  Sounds all warm and fuzzy, sort of like the wishful thinking meant to convince gullible people that flu shots actually work.  Thus, if employees are not vaccinated against flu, reimbursements diminish.

And while the CDC’s website states that they “do not issue any requirements or mandates for state agencies, health systems, or health care workers regarding infection control practices, including influenza vaccination,” this claim is bogus because the National Health Care Safety Network (“the CDC’s…. nation’s most widely used healthcare-associated infection tracking system“) counts high rates of flu shots for employees of healthcare systems as a ‘quality measure’ for infection control.

In other words, flu shots are another of the worthless “SURROGATE ENDPOINTS / MARKERS” we’ve discussed previously.  The reality is that despite anything you believe or have been told, flu vaccines are about as beneficial as other forms of “PREVENTATIVE” or “WELLNESS” care have been proven to be.

All this came to a head last week in Toronto when the honorable Judge, William Kaplan, sided with the
The Ontario Nurses Association (the union for over 65,000 nurses, and more than 18,000 nursing students), ruling that the city’s hospital’s policy of VOM (Vaccinate or Mask) was “unreasonable, illogical, and a breach of its collective agreement” and must be “abandoned“.  Although this result produced the expected whine and cheese (I refer to it as cheesy whining) from the hospital association’s spokespersons, Judge Kaplan’s 53 page ruling was nothing to sneeze at (no pun intended).  Furthermore, it was actually the second ruling of its kind in Toronto, the first coming in 2015 against an area hospital, which also sided with nurses and other employees.

What’s doubly interesting is why Kaplan ruled against the hospitals, even though they trotted out four different studies showing that having high rates of vaccinated healthcare workers dramatically decreased death rates in medical facilities.  The veracity of those studies did not stand up to scientific or legal scrutiny.  “The hospitals couldn’t provide scientific evidence to back up the practice.  Everyone makes mistakes, but this went beyond the pale.”  In other words, their ‘evidence’ could only be described as “junk science”.

Here are some of the cherry-pickings from In the Matter of an Arbitration Between: St. Michael’s Hospital and The Ontario Hospital Association and The Ontario Nurses’ Association.  After reviewing the previous ruling against Toronto area hospitals for the very same thing, Kaplan writes…….

“The new evidence that was introduced was not particularly helpful. Indeed, by and large, the same policy, the same legal issues, and some of the very same evidence that was introduced in this proceeding had earlier been put before Arbitrator Hayes. The influenza virus mutates quickly. The vaccine has no effectiveness against influenza-like illnesses. In general, the influenza vaccine has a ‘moderate’ effectiveness for much of the population: up to 60% (although in some years substantially less, and once in a while, vaccination provides virtually no protection).  In those years logic dictated a directive that everyone mask. But that was neither the policy nor the practice.

The Toronto Hospital Association report made it clear that voluntary efforts to increase influenza immunization had failed – 40% to 60% uptake ‘despite robust influenza education campaigns’ – and that steps were necessary to address that failure and ‘to significantly improve healthcare worker influenza immunization rates.’ The report recommended that VOM policies ‘be part of a comprehensive prevention and control program aimed at preventing hospital-acquired influenza….’

This recommendation was made in the admitted absence of direct evidence that mask-wearing healthcare workers protected patients from influenza.  The only fair words to describe the evidence advanced in support of the masking component of the VOM policy in the Toronto Hospital Association report, and in this proceeding, are insufficient, inadequate, and completely unpersuasive. Evidence that masking as a source control results in any material reduction in transmission was scant, anecdotal, and, in the overall, lacking.  The VOM policy was, in a word, ‘illogical’.

Four studies found that there was a substantial reduction in all-cause mortality in facilities when healthcare workers were vaccinated. Stated in the simplest terms, these four studies concluded that when worker vaccination rates increased, patient deaths decreased. Additional evidence was cited by St. Michael’s to support the following proposition: the risk of influenza outbreaks decreased when the rate of worker immunization increased. However, in the Nurse’s Association’s view, the findings of the four studies were inapplicable, implausible and unreliable, and had been thoroughly and conclusively debunked by the overwhelming weight of credible scientific evidence.

The fact of the matter was that the Toronto Hospital Association report could not survive serious scrutiny given its manifest deficiencies. One example, the Nurse’s Association argued, amply illustrated this point.  Relying on the four studies, the Toronto Hospital Association report stated that for every 8 healthcare workers vaccinated 1 patient death would be prevented. This is known as the Number Needed to Vaccinate (hereafter ‘NNV’). But when carefully analyzed, this number was nonsensical and could not be sustained.

As Dr. Osterholm wrote: ‘The four randomized controlled trials…do not provide strong evidence to support an impact on patient mortality when increased numbers of healthcare workers are vaccinated. In fact, two of the studies do not support this claim…and the other two only weakly support it.‘  The suggestion that unvaccinated workers place patients at great influenza peril is, as Dr. De Serres testified, exaggerated.  I accept his conclusion that the assertion of 8/1 NNV is ‘preposterous.’

The only conclusion that the Nurse’s Association could draw, when all the evidence was examined, was that the VOM policy was not a legitimate and scientifically based employer response to an identified problem, with a reasonable and targeted solution. Instead, it was clearly designed from the outset with one objective in mind: to increase influenza vaccination.

And here, folks, is the rub.  Why, if flu vaccinations are so wonderful, do so many healthcare workers detest them, and where still allowed, are declining them in droves (HERE) — the quote above showed about a 50% vaccination rate in Toronto nurses?  It’s simple really; the vaccines don’t work as advertised.

“It is also noteworthy that there is little evidence of any positive impact on patient care outcomes as a result of the VOM policy.  Both prior to and after introduction of the policy, St. Michael’s experienced, and continues to experience, influenza outbreaks. In particular, there was one influenza outbreak before the VOM policy was introduced — in 2011 — and there have been several since.”

Study after study after study shows just how poor flu vaccines really are (FLU-MIST included), with the experts already predicting that this year’s vaccine will be every bit as ineffective as last year’s (HERE) — a year with a VE (vaccine efficacy) of around 10%, which as I showed you earlier, creates a NNV of (gulp) 200.

And even though YESTERDAY’S POST on ASIA (Autoimmune/Inflammatory Syndrome Induced by Adjuvants) dealt with silicone from breast implants as opposed to the ALUMINUM ADJUVANTS found in flu vaccines, the conclusions are the same.   It’s common — probably actually the norm — for symptoms of autoimmunity not to show up immediately.  In other words, the phenomenon of “accumulative affect” is in play not just with flu shots, but with virtually ALL VACCINES.  As always, be sure to reach the people you love and care about most by liking, sharing, or following on FACEBOOK.

Dr. Schierling is licensed chiropractor and world-renowned for intervention with persistent chronic pain. Dr. Schierling focuses on a holistic approach to helping end his patients’ chronic pain that includes Scar Tissue Remodeling Therapy.
All Posts »
PrevPreviousthe battle over breast implants: new research shows what we’ve known for decades — they can cause autoimmunity
Nextmom’s consumption of gluten leads to increased autoimmune type i diabetes in her childrenNext