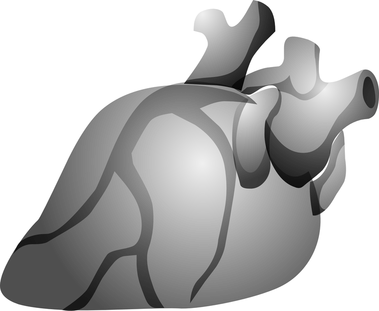 OpenClipart Vectors – Pixabay
PPI’s (Proton Pump Inhibitors with names like Prilosec, Nexium, Asiphex, Prevacid, Protonix, Zegerid, Dexilant, lansoprazole, omeprazole, pantoprazole, esomeprazole, and dexlansoprazole) are an exceedingly common class of drug — and one that is seriously overused and abused.  How do I know how popular these drugs are?  Just a few short years ago they surpassed STATINS to move into #2 on the most-prescribed list, with total annual sales of nearly 14 billion dollars.

How do I know they are overused and abused?  Just today at church, I had a friend tell me that his BP and GERD (Gastro-esophogeal Reflux Disease — the ‘doctorly’ word for heartburn) had not given him one iota of grief since he had changed his diet to a WHOLE FOOD based way of eating, cut out the SUGAR, and cut way back on wheat and GLUTEN a month or so ago.  How can diet so readily control most cases of GERD?  Once you understand what causes GERD, you’ll be better able to answer that question for yourself (HERE).

The journal for the American Heart Association is called Circulation.  The latest issue published research from Dr. John Cooke, who happens to be the department head of Cardiovascular Sciences at Methodist Hospital of Houston, Texas.  According to his research team, one of the pesky little side effects of this class of drugs is that they significantly elevate one’s risk of having high blood pressure and a heart attack, as well as having a generally diseased heart.  The problem is, the FDA has known this for a very long time and chosen to do nothing about it (How many government officials have their hands in Big Pharma’s pockets?  THIS MANY!).

Back in 2007, the FDA looked at two studies (Prilosec and Nexium — “The Purple Pill”) and discovered that these drugs (both made by AstraZeneca) both increased one’s chances of heart attacks, deadly heart attacks, and generalized heart disease —- but were then determined to be “safe for the public”.  Why?  Simply because the FDA said so.  But that isn’t all.  In 2010 and 2011, they issued public warnings that using these drugs for more than a year caused diminished magnesium levels, heart arrhythmias, seizures, muscle spasms, and INCREASED RISK OF FRACTURES / OSTEOPOROSIS. None of this takes into account the studies that have linked PPI’s with C. DIFF INFECTIONS.   All of this goes along with previous studies from the Journal of the Canadian Medical Association and British Medical Journal showing that people who already have heart problems are at risk for more serious adverse events concerning their heart (i.e. heart attacks, strokes, and death) if they take PPI’s.  I would tell you to ask your doctor about all of this.  If they tell you not to worry about it, it either means they are unaware or simply don’t care.