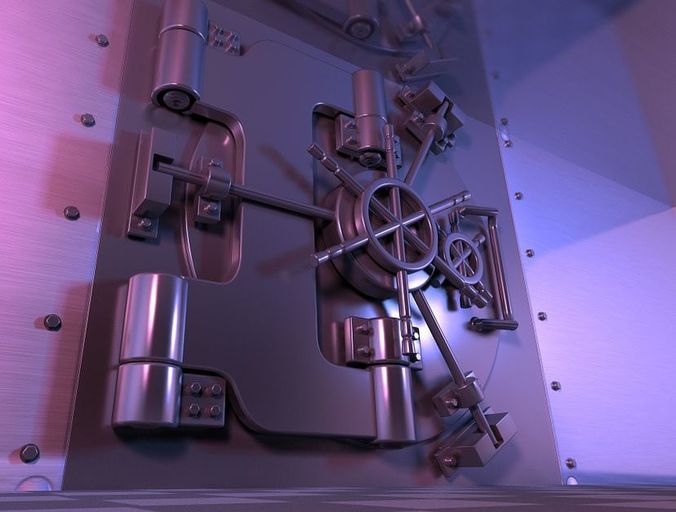 Reimund Bertrams – Bergkamen/Deutschland – Pixabay
The Beatles sang, “Can’t Buy Me Love” back in 1964.   Years later, John Denver added another thing to the list of things that money can’t purchase when he sang that there are, “only two things that money can’t buy; and that’s true love and homegrown tomatoes.”  Now it seems that something else is being added to that list —- health.   According to a recent government report called, Shorter Lives, Poorer Health —– a 424 page behemoth jointly issued by the National Research Council and the Institute of Medicine — Americans are not getting our money’s worth as far as healthcare dollars are concerned.   Less than a month ago, a report by the United Health Foundation showed that Americans lived longer despite being unhealthy.  Now, two different governmental organizations are saying that our lifespans are shorter and we are unhealthy.  At least they both  agree on something —- our national lack of health.  No wonder the public thinks governmental health statistics are one a big joke.

If it were not so sad, it would be almost comical watching people with lots of degrees and letters behind their names scratch their heads in puzzlement over this issue.  In typical bureaucratic fashion, they can’t figure out why we Americans are not healthier than we are.  After all, we spend more (far more) money than any other country on the planet on healthcare.  In fact, when the latest panel of government experts (an oxymoron to say the least) compared Americans to sixteen similar higher income countries, what did they find?  Here are a few of the tidbits your tax dollars paid for.

Should we be surprised by any of this?  My only surprise is that it is not worse.  But then again, when you are bringing up the rear, you can’t really finish worse than last place.  In fact, for the 16 countries looked at (Australia, Austria, Canada, Denmark, Finland, France, Germany, Italy, Japan, Norway, Portugal, Spain, Sweden, Switzerland, The Netherlands, and the U.K.) the panel found higher rates of American mortality (death) and morbidity (sickness and disease) for every 5-year age group studied from birth to old age.  Furthermore, the panel said that this ill health was found universally across the entire country regardless of any demographic differences such as age, race, sex, ethnicity, socioeconomic status, income level, education, health insurance status, etc —- all things our government loves to endlessly talk about and blame our country’s ill health on.  The report goes on to say that,

What do we see in all of this?  We see that the risk factors for earlier deaths and the large numbers of diseases we suffer from as a nation are established early in life.  We also see that simply throwing money at the situation — something our government believes is the answer to every problem it faces —- is not the solution.  Despite this, the panel suggested some of the usual, vague, politically correct mush for figuring out how to improve our health status among the global community.  Some of these ideas included public debate, OUTREACH CAMPAIGNS to inform the uniformed, committing to understand the reasons our health is failing (I’m not making this up), and partnering to learn lessons from other countries.  Wow, can we all sit in a circle and sing Kumbaya now?  Can I give you a hug?   It is all a huge waste of taxpayer dollars (HERE is an example).

WHAT CAN BE DONE ABOUT OUR NATION’S
POOR HEALTH AND OUT OF CONTROL COSTS?

The real questions we need to ask about American health are, where are we messing up as a country, and how in the world are we going to pay for our poor health?   Many people see the government as a savior in this arena.  Now that Obama Care is a reality, the entire nation will soon be on Medicaid / Medicare-like “insurance” programs and everything will be peachy.  We can all just sort of float off into the sunset with our chicken in our pot and happy smiles on our faces.  Just ask yourself one simple question.  What has our government taken over that they do a better job administrating and running than the private sector?  Oh, don’t get me wrong; I realize full well that we have a health crisis on our hands.  But is the government really going to fix healthcare?  Give me a break.

As a nation, we talk about healthcare the same way that we largely deliver healthcare.  We spend way too much energy, time, and money covering symptoms and not really addressing underlying causes.  For instance, when the panel tells us that we have the highest rates of Diabetes in the Western world, it tells me that doctors are not communicating SIMPLE FACTS OF PHYSIOLOGY to their patients.  And where are we hemorrhaging the most money in our healthcare system?  Although there is need for improvement all over the place, I see three distinct areas that go far beyond our current discussion of EVIDENCE BASED MEDICINE.  They are……

END OF LIFE HEROISM:
One of my favorite songs is David Crosby’s (with Phil Collins) “Hero“.  Let’s be honest with each other for a moment.  Who doesn’t like playing the hero?  We all love playing the part!  It is the basis of the games we play from the time we are little kids (cops and robbers, soldiers, good guys / bad guys, cowboys and Indians, and about a million variations of these).  Heroes are why we go to the movies.   And doctors are no different.  Anytime someone can be heroically saved, it’s a good thing — isn’t it?  While this is typically true, we now have the ability to keep people alive, even though they are not really living.  Our medical technology has far outstripped our ability as a nation to pay for it (can anyone say ‘National Deficit‘?).  On top of that, have you seen the statistics floating around concerning End of Life Care?

I could go on and on, but I would assume that you are starting to get the picture.

You see, the problem is that too many people think that doctors can solve every problem short of rigor mortis —- and that they will be the next medical miracle.  I guess they forgot to read the latest medical research saying the the death rate for Americans compared to the rest of the world is identical —- exactly 100%.   I get it — dying is not something that most of us look forward to with gusto.   But if you fail to take care of your health throughout your life, you may be looking death in the face sooner rather than later.

Patients and family members frequently go against the advice given them by their medical providers, telling treating physicians to, “do everything you possibly can“.  When this is done at the end of life, it leads to a myriad of complications and side effects, uncontrollable infections, mental and physical decay, chronic pain, and prolonging the inevitable.  Like the statistics show, despite all the drugs and technology, people still die.

Don’t get me wrong; I am not promoting ideas touted by the late Jack Kevorkian here.  But the brutal truth of the matter is that sooner or later (judging from our national budget / deficit, probably sooner), you will see some serious European-like rationing of healthcare.  In an increasingly European-like government-run healthcare system, it should come as no surprise.  As a nation we are broke.  It is sort of like the scene from the old movie Dumb and Dumber where Harry and Lloyd bring the brief case of ransom money back to it’s rightful owner.  Only after a few little loans for ‘bare necessities’, it’s now full of hundreds of handwritten IOU’s instead of millions of dollars.

DIET:
I am not going to spend inordinate amounts of time carping on this point.  Suffice it to say that Americans eat one of the crappiest diets in the world.  How else do you explain the fact that despite spending more healthcare dollars than anyone else on the planet, we rank extremely low (last according to the study this Blog Post is addressing) in almost every measurable category of health?  We are eating ourselves to death.  SUGAR, PROCESSED GRAINS, JUNK CARBS, TRANS FATS, Preservatives, Additives, Pesticides, Herbicides, MSG, GMO, Chemicals on top of more Chemicals……..    And we wonder why we are sick and seemingly everyone is getting CANCER?  What’s the solution?  I’m not exactly sure, but allowing folks on the SNAP program to put only ‘staples’ in their shopping carts would be a tiny start.

Actually, this is not that difficult.  If more doctors took a proactive role in patient’s healthcare instead of only dealing with their sickness care (HERE), at least part of this issue could be solved.  Tell patients the truth about diet (this would mean that doctors would first have to learn what constitutes a healthy diet — and then LIVE IT OUT THEMSELVES).  Give people good handouts or send them to educational websites (like mine – yeah, right).  And most importantly for doctors, as you are leaving the exam room, look your patient in the eye and tell them to avoid SODA, drink more water, eat more fresh fruits and vegetables, and cut way back on the processed junk.  No, it’s not a cure all.  But if we don’t start involving our nation’s treating physicians in the equation, then nothing is ever going to change.

LIFESTYLE:
Do you smoke?  Are you doing any sort of regular exercise?  Do you have poor dietary habits?  Do you drink too much?   Are you sedentary, sitting around playing video games, tinkering on your computer, or watching TV all day long?  Are you taking drugs or engaging in risky sexual practices?  Are you over-medicated?   Recent research tells us that if poor lifestyle choices are not addressed from an early age, they will likely become lifetime habits.  The health costs caused by these sorts of behaviors are off the chart.

Think about it like this for a moment.  If you think that today‘s Geriatric patient population has health problems, just wait for tomorrow.  What is coming down the pike as far as the burden to our healthcare system should scare the pants off of anyone who pays taxes.  Our government (yes, they will shortly be the sole provider of healthcare in America) will soon be taking care of a generation that grew up in a far different fashion than we grew up.  Too many of the things on the list in the previous paragraph have become the norm for too great a percentage of the population.  Case in point: Most of the over-60 crowd grew up raising a vegetable garden.  Most of today’s under-30 crowd not only has no idea how to go about raising a garden, they do not even eat vegetables unless you count fries and ketchup as vegetables like the USDA does (HERE).