EVIDENCE-BASED MEDICINE
MORE FUN THAN YOUR OWN PERSONAL COURT JESTER 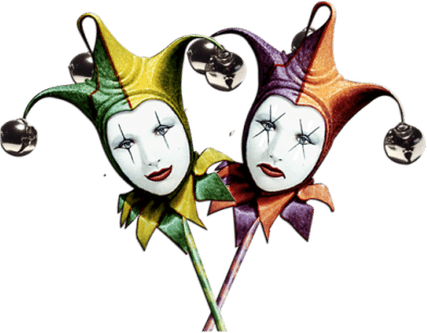 Although he has been said to be, “one of the most highly cited researchers in the world,” medical doctor and Stanford University professor, JOHN IONNIDIS, has become one of Evidence-Based Medicine’s most vocal critics.  The late David Sackett, a professor of epidemiology and widely considered to be the father of the “EBM” movement, is arguably most famous for authoring the textbook, Evidence Based Medicine.

Earlier this month, the Journal of Clinical Epidemiology carried a paper by Ionnidis called Evidence-Based Medicine Has Been Hijacked:  A Report to David Sackett.  In this paper, Dr. Ionnidis wrote of a conversation he had with Dr. Sackett back in 2004.  The paper’s abstract summarized his thoughts nicely.

“As EBM became more influential, it was also hijacked to serve agendas different from what it originally aimed for. Influential randomized trials are largely done by and for the benefit of the industry. Meta-analyses and guidelines have become a factory, mostly also serving vested interests. National and federal research funds are funneled almost exclusively to research with little relevance to health outcomes. We have supported the growth of principal investigators who excel primarily as managers absorbing more money.

Diagnosis and prognosis research and efforts to individualize treatment have fueled recurrent spurious promises. Risk factor epidemiology has excelled in salami-sliced data-dredged articles with gift authorship and has become adept to dictating policy from spurious evidence. Under market pressure, clinical medicine has been transformed to finance-based medicine. In many places, medicine and health care are wasting societal resources and becoming a threat to human well-being.”

Not only is this EXACTLY WHAT I HAVE BEEN TELLING ANYONE WHO WOULD LISTEN since I first heard the term “EBM” a decade or so ago, the problem is not getting better.  It’s getting worse.  Just two days ago, the website Retraction Watch (a website devoted to exposing medical studies that have been retracted due to fraud) carried an interview with Ionnidis called Evidence-Based Medicine has Been Hijacked:  A Confession from John Ioannidis.

In this article, he talks about some of EBM’s massive shortcomings — one being about a grant he applied for almost two decades ago to study the effects of antibiotics on Sinus Infections (he never heard back concerning his application); something we’ve known for quite some time works no better than placebo (HERE).

I have shown you over and over and over again that despite the medical community’s warnings about ANTIBIOTIC OVERUSE AND ABUSE, prescription habits have barely budged over the course of these same two decades.  In fact, click the previous link and I show you 30 or 40 posts to this effect — including my most recent on how one of the doctors on the TV show The Doctors, actually blamed this fact on patients.

Ionnidis goes as far as revealing that even the venerable COCHRANE COLLABORATION has fallen prey to “industry” influences.  He goes on to say that, “The sales and marketing departments in most companies are more powerful than their Research & Development departments. Hence, the design, conduct, reporting, and dissemination of this clinical evidence becomes an advertisement tool.”  Although that is certainly a scathing indictment, listen to what a recent article (last week) from Health News Review dot org by Dr. Susan Molchan (MD) had to say concerning the same topic.

“Journals make money from big trials.  The fact is, big successful industry-sponsored trials bring in hundreds of thousands if not millions of dollars in revenue for journals. In the case of Vioxx, the Wall Street Journal noted, the journal sold 900,000 reprints producing revenue of $697,000, most of them bought by the company selling the drug (Merck). In all likelihood the company selling Xarelto [a blood thinner that’s been in the news because of its poor side-effect profile] also bought plenty of reprints, although the amount is not made public by the journal.

Scientists concerned with this obvious conflict of interest, and the publication bias that it can produce (i.e. the tendency of journals to publish studies with positive results while rejecting negative studies) [these are known both inside and outside the industry as “INVISIBLE & ABANDONED” STUDIES], have suggested that the number of reprints sold or revenue garnered from those sales be published with the articles, just as authors must disclose their conflicts of interest.”

Conflicts of interest?  YOU DON’T SAY.  The truth is, little of the so-called “Evidence” can be trusted.  Much of this is because smart people (scientists employed by the industry) have figured out how to make research results say whatever they want it to say (HERE).  Never forget that very little medical research in this nation comes from neutral parties, but is instead done by the very companies trying to get their products approved by the FDA (HERE).   All examples below are cherry-picked due to constraints on both time and space.  Trust me; you’ll get the point.

When I tell you that this is just the very tip of the iceberg, I mean it’s the very tip of the tip.  If given a bit of time, a person could write a veritable multi-volume encyclopedia of similar articles and studies.  The takeaway?  Take care of your health as though your life depends on it — because it does.  Sure; your doctor and the drugs he / she prescribes you, might be able to keep you alive longer than you would otherwise live while living the way you chose to live now (say that three times fast!).

But real health?  Sorry folks; that’s something your doctor cannot do for you no matter how much money you are willing to spend.  You’ll have to do it yourself.  Fortunately for you, those who are desperately overweight, struggling with Chronic Pain, or suffering with any number of Chronic Inflammatory or Autoimmune Diseases, can get a taste of what real health entails and how to start the process of restoring yours by taking a look at THIS SHORT POST. Oh and be sure to take a look at our FACEBOOK PAGE while you are at it, as it’s still a great way to reach those you love and care about most.

Dr. Schierling is licensed chiropractor and world-renowned for intervention with persistent chronic pain. Dr. Schierling focuses on a holistic approach to helping end his patients’ chronic pain that includes Scar Tissue Remodeling Therapy.
All Posts »
PrevPreviousthe epidemic of pre-diabetes, ineffective health campaigns, and why i try to take such good care of myself
Nextsustainable healthcare and our national love affair with processed foodNext