more on sexual dysfunction and the relationship to ssri’s

SEXUAL DYSFUNCTION
FOR MANY, THE SOLUTION IS SIMPLER THAN EVER IMAGINED 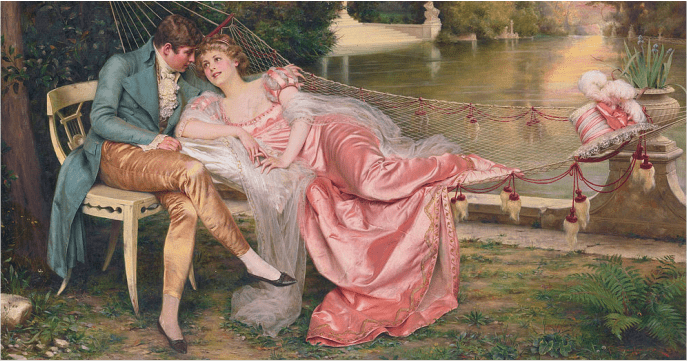 Because I see so many people on SSRI Antidepressants, Sexual Dysfunction (SD) becomes a highly relevant topic.  This is because both Depression and SSRI’s are strongly associated with SD.  The statistics are astounding.  For starters, we know that Antidepressant drugs are the second most commonly prescribed class of drug in the US (STATINS are number one).   Writing for the Scientific American in December of 2016, Sara Miller told us via her article’s title that, “1 in 6 Americans Takes a Psychiatric Drug.”  And less than six months ago, our own CDC revealed that “In 2011–2014, 12.7% of persons aged 12 and over reported antidepressant medication use in the past month.”  If stats like these don’t freak you out a bit, I’m not sure what will.

Some of this has to do with OFF-LABEL PRESCRIBING.   A 2014 article in Scientific American by Julia Calderone revealed that, “Doctors commonly use antidepressants to treat many maladies they are not approved for. In fact, studies show that between 25 and 60 percent of prescribed antidepressants are actually used to treat nonpsychological conditions.”  Today we are going to discuss one of the many reasons that our national love affair with SSRI’s is a bigger deal than many of you may have realized.  Here are some cherry-pickings from the peer-reviewed literature.

As is often the case, the more things change, the more they stay the same.  The fact that DEPRESSION and the ANTIDEPRESSANTS used to treat it are both strongly associated with SEXUAL DYSFUNCTION, presents a real conundrum.  This situation wouldn’t be much different than if fifty percent of the patients coming to my clinic for relief of some sort of CHRONIC PAIN SYNDROME actually got worse instead of BETTER.   This doesn’t take into account the fact that it was recently discovered that once the INVISIBLE & ABANDONED STUDIES on Antidepressant Medications are added back to the mix, SSRI’s are no better at curing Depression than placebo (sugar pills).  And as you just saw, they are a nightmare as far as Sexual Dysfunction is concerned.   How big a problem is Sexual Dysfunction in America?

According to the Cleveland Clinic’s ERECTILE DYSFUNCTION page, “the Massachusetts Male Aging Study reported a prevalence of 52%.  By age 40, approximately 40% of men are affected. The rate increases to nearly 70% in men aged 70 years. The Massachusetts study data suggest there will be approximately 617,715 new cases of ED in the United States annually.  Experience of sexual dysfunction was more likely among men in poor physical and emotional health.”   Those are some crazy numbers, but Sexual Dysfunction isn’t just for men.

A year ago this month, the medical journal Systemic Reviews published a study (Prevalence and Predictors of Female Sexual Dysfunction: A Protocol for a Systematic Review) showing that Sexual Dysfunction in women is related to things like HEART DISEASE and certain AUTOIMMUNE DISEASES.  They went on to say that…

We cannot be too surprised that numerous health problems are being associated with FSD.  Healthline.com carried a fascinating infographic called Depression by State, showing the states with the highest rates of Depression.  If you look at the CDC’s infographics on Obesity by State, you’ll realize how similar they look — that states with the highest rates of Obesity are the states that also happen to have the highest amount of Sexual Dysfunction (HERE).   It’s part of an unhappy triad of Obeisty, Depression, and Sexual Dysfunction.  What are people (particularly women) prescribed for these problems?  Antidepressants, of course.  We’ve known for a very long time that treating in this fashion was creating a ticking time bomb.  Case in point; it has been nearly a decade since Dr. Richard Balon’s study, SSRI-Associated Sexual Dysfunction, was published in the American Journal of Psychiatry.

“Occasional reports of sexual dysfunction associated with use of monoamine oxidase inhibitors and tricyclic antidepressants began to appear during the 1960s and 1970s. With the arrival of newer antidepressants in the late 1980s and 1990s, reports of sexual side effects increased, notably with regard to use of selective serotonin reuptake inhibitors (SSRIs)…  Since the introduction of SSRIs, sexual dysfunction associated with these agents has been reported in numerous case reports, case series, and open-label and double-blind studies; and in recent years it has been frequently mentioned in efficacy studies and discussed in critical reviews.”

In another academic paper published by Balon and colleagues in Current Psychiatry (How Do SSRIs Cause Sexual Dysfunction?), he went on to say that, “Although selective serotonin reuptake inhibitors (SSRIs) are frequently prescribed and are better tolerated than older antidepressants, side effects such as sexual dysfunction limit patient acceptance of these medications.”  How high are the sexual side effects of SSRI meds?  “﻿﻿Balon suggested that the incidence of SSRI-associated sexual dysfunction is 30% to 50%, although others have reported higher incidences.﻿﻿”  Much of this has to do with the fact that these drugs not only affect SEROTONIN, but the neurotransmitters of the 5-HT family, which are the same neurotransmitters associated with problems like FIBROMYALGIA and CHRONIC FATIGUE. 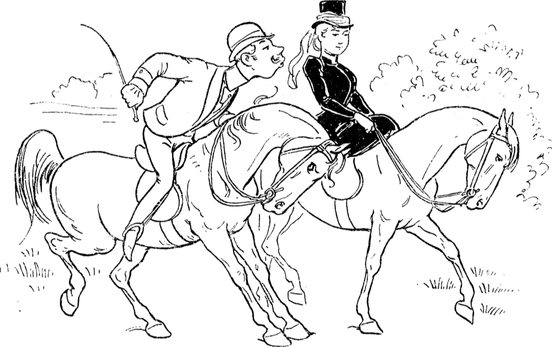 Because BIG PHARMA largely runs the show as far as EVIDENCE-BASED MEDICINE is concerned, about the only way our nation’s medical community attempts to deal with Sexual Dysfunction is via drugs.  For men it’s prescribing things like Viagra or Cialis (a 10 billion dollar a year industry).  For women, the solution has traditionally been to put them on a grab-bag of HORMONES or Antidepressants.  But now there’s the new old “Female Viagra” — a drug called Flibanserin (trade names Girosa or Addyi).  Why do I refer to it as both new and old?

Flibanserin is an interesting drug simply because of its history.  It was developed by Boehringer Ingelheim (initially as an SSRI Antidepressant), being presented to the FDA for acceptance in June of 2010.  After failing to receive a single vote of approval, B.I. abandoned the drug, selling it to a company called Sprout Pharmaceuticals.  Sprout did a couple more safety studies (one pertained to whether or not is was safe to drive after taking it) and resubmitted it to the FDA last month — almost five years to the day after the first submission — where it was approved by a vote of 18-6.  What changed in that half decade?  Nothing much — except for the fact that the feminists were howling about the unfairness of it all (Sprout used an effective propaganda campaign known as “Even the Score“).  A very vocal group of women got what they wanted by robustly denouncing the FDA as a sexist organization because they had given the ‘thumbs up’ for sexual drugs for males, but not for females (there are currently 26 such drugs for men and other than Flibanserin, none for women).

The problem is, according to Deborah Kotz’ June 16, 2010 issue of US News and World Report (Flibanserin Failure: Female Viagra Drug Disappoints)…..

“The drug didn’t boost women’s desire any more than a placebo in two clinical trials.”

In response to the pressure to be ‘politically correct’, the FDA caved.  I use the word “caved” because not only does this drug carry some potentially serious side effects (but then again, WHAT DRUGS DON’T?), but using the most generous language possible, it would be stretching things to categorize the drug’s efficacy as even “modest“.  It is currently being marketed as being able to increase the number of monthly “satisfying sexual events” for women who have been diagnosed with Hypoactive Sexual Desire Disorder (HSDD) — a “disease” that many critics claim was made up for the express purpose of selling and promoting this drug (see last week’s study in the Journal of Medical Ethics — Hypoactive Sexual Desire Disorder: Inventing A Disease to Sell Low Libido).  How modest are the results?  After accounting for the “PLACEBO EFFECT,” Flibanserin increased the number of satisfying sexual events for women (not necessarily defined as an orgasm) by an average of one half to one per month.  Gulp!

BETTER THAN VIAGRA, FLIBANSERIN,
OR ANTIDEPRESSANTS?

Because, “Research has found a positive correlation between sexual frequency and happiness,” the researchers were wondering if doubling the amount of sex couples have, would increase their amount of happiness.   They actually found that because the sex was “﻿mandatory﻿,” the couples from group two found themselves enjoying it less, actually ending up with a slightly lower overall “happiness” level than when they started the study.  But what about those couples who are having little or no sex?

Rather than resort to the drugs that your doctor will invariably prescribe you, there are things that you can do to improve this problem on your own.  The cool thing is that when you do things like (or at least similar) to what I suggest, you’ll probably end up solving a boatload of other health problems as well.  How’s that for a side effect?

One more thing for the women struggling with Infertility.  According to a recent study (Incidence and Prevalence of Sexual Dysfunctions in Infertile Women) from the European Journal of General Medicine  “Infertility may interact with a woman’s sexual expression by causing or exacerbating sexual problems as a consequence of the diagnosis, investigation and treatment of infertility. Conversely, sexual problems may contribute in infertility.”  In other words, the fact that some of the crazy treatments given for INFERTILITY can cause sexual dysfunctions is easy to buy.  Not so well understood is the fact that it cuts both ways — Sexual Dysfunction has been shown to be intimately related to Infertility.  Once you begin to understand PCOS, this will make more sense.