more on the dangers of non-steroidal anti-inflammatory medications 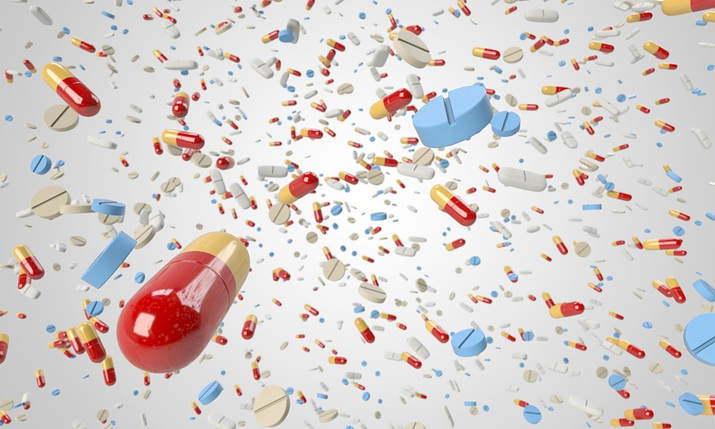 A List of Anti-Inflammation Drugs (these are the scientific names and not the trade names):  Aspirin, Diflunisal (Dolobid), Salsalate (Disalcid), Ibuprofen, Naproxen, Dexibuprofen, Fenoprofen, Ketoprofen, Dexketoprofen, Flurbiprofen, Oxaprozin, Loxoprofen, Indomethacin, Tolmetin, Sulindac, Etodolac, Ketorolac, Diclofenac, Aceclofenac, Nabumetone, Piroxicam, Meloxicam, Tenoxicam, Droxicam, Lornoxicam, Isoxicam, Phenylbutazone (Bute), Mefenamic acid, Meclofenamic acid, Flufenamic acid, Tolfenamic acid, Celecoxib, Rofecoxib, Valdecoxib, Parecoxib, Lumiracoxib, Etoricoxib, Clonixin, Licofelone, any number of others.
As I have shown you over and over and over again, SYSTEMIC INFLAMMATION (not to be confused with local Inflammation) is the root of almost every health problem you can name.  Because doctors are aware of this fact, NSAIDS (Non Steroidal Anti-Inflammatory Medications) are one of the most prescribed (and studied) medications on the planet.  Mere hype?  You decide.

According to the March 11, 2015 issue of Medscape (Nonsteroidal Anti-inflammatory Agent Toxicity), “More than 70 million prescriptions for NSAIDs are written each year in the United States. With over-the-counter use included, more than 30 billion doses of NSAIDs are consumed annually in the United States alone.”  Stop and re-read that sentence, letting the sheer magnitude of it sink in.  There are 30,000,000,000 doses taken by our nation’s citizens each year, which calculates out to ten per person.  This means that for every person who takes zero, someone is taking twenty.  Do PRESCRIPTION HABITS such as this have consequences?  As my dear, departed grandfather (“Pappy”) would likely have answered, “Is a monkey’s butt red?”

I’ve actually written about a few of these side effects in the past.   NSAIDS not only dramatically increase your chances of getting CANCER — itself considered an Inflammatory problem (HERE), but they dramatically increase your chances of death (HERE).  Besides that, we know they do any number of things that won’t necessarily kill you (at least not outright), but have the potential to turn you into an invalid or make your life a living hell.  In fact, in the days when everyone loved Dr. Oz, he told us that no class of drug in America is more abused than this one (HERE).  And this is after Vioxx was taken off the market (at that time, NSAIDS were a “Top 20” leading cause of death in the United States).

Thus, it should come as no surprise that the government has issued still another waring about the safety of this class of drugs.  The warning that came out earlier this month, (FDA Drug Safety Communication: FDA Strengthens Warning that Non-Aspirin Nonsteroidal Anti-Inflammatory Drugs (NSAIDs) can cause Heart Attacks or Strokes), stated that…..

NSAIDs are widely used to treat pain and fever from many different long- and short-term medical conditions such as arthritis, menstrual cramps, headaches, colds, and the flu. NSAIDs are available by prescription and OTC. Examples of NSAIDs include ibuprofen, naproxen, diclofenac, and celecoxib.  The U.S. Food and Drug Administration (FDA) is strengthening an existing label warning that non-aspirin nonsteroidal anti-inflammatory drugs (NSAIDs) increase the chance of a heart attack or stroke.

Based on our comprehensive review of new safety information, we are requiring updates to the drug labels of all prescription NSAIDs.  The risk of heart attack and stroke with NSAIDs, either of which can lead to death, was first described in 2005 in the Boxed Warning and Warnings and Precautions sections of the prescription drug labels. Since then, we have reviewed a variety of new safety information on prescription and OTC NSAIDs. Based on our review and the advisory committees’ recommendations, the prescription NSAID labels will be revised to reflect the following information:

Like the warning reveals, none of this is new information.  This latest warning is simply “strengthening” the warning that has been in place for a decade.  I’m going to show you that despite everything you’ve been told by BIG PHARMA’S TV COMMERCIALS, these drugs have a wide variety of serious health risks associated with them.  The studies are in no particular order and have been “cherry-picked” because of space constraints and readability.  Also, because I only have access to abstracts most of the time, that’s where this information comes from.  When you’re finished, you’ll wonder why the FDA’S warning is not stronger than it is.

Here’s what I really want you to notice about this post.  The studies I discussed today were from the most current issues of the journals they were found in.  If I would have kept going, this article would have been a book (or one volume of a series).  Bottom line; these drugs are dangerous, and if you are not aware of this fact, it could come back to bite you in a harsh way.  And for those who would rather take ACETAMINOPHEN or ASPIRIN, just follow the links.  If you are serious about finding solutions to your Chronic Pain and Chronic Illnesses, just take a look at THIS SHORT POST.      And if you are a parent who is worried about not having the right drugs for your child’s fever, you can set your mind at ease with THIS POST.

Dr. Schierling is licensed chiropractor and world-renowned for intervention with persistent chronic pain. Dr. Schierling focuses on a holistic approach to helping end his patients’ chronic pain that includes Scar Tissue Remodeling Therapy.
All Posts »
PrevPreviousassumptions in the treatment of people with chronic pain
Nexttackling chronic illness and / or chronic pain requires a similar approachNext