nascar, the nra, big pharma, and the opioid epidemic

WHY LOBBYING SHOULD
PROBABLY BE ILLEGAL 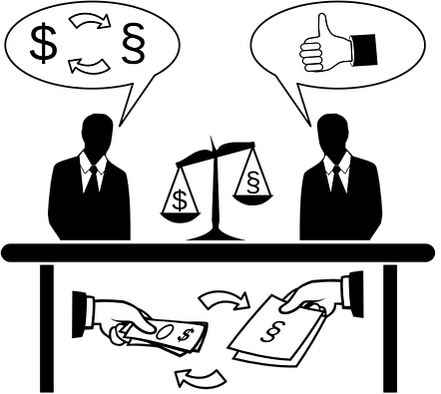 OpenClipart
Don’t hate me because I like to shoot.  Truth is, even the most ardent anti-gunners enjoy target shooting if they’ll actually give it a try.  In fact, although I know they’re out there, I’ve never met one that doesn’t.  Shortly after being appointed to the SCOTUS, Elena Kagan was befriended by the late Justice Antonin Scalia, who introduced her to guns and a wide array of shooting sports — target shooting at the range, sporting clays (traps / skeet), deer and antelope hunting, as well as various sorts of bird hunting (quail, duck, etc).  Doubtful she’s an NRA member, but I suppose stranger things have happened.

Speaking of the NRA, between 1998 and 2015, they spent somewhere between 2 and 2.5 million dollars a year on lobbying (HERE).  Doesn’t sound like so much to me, particularly in light of what we’ve recently learned it costs to bend the ear of a certain past Secretary of State.  Any way you look at it, it’s small potatoes compared to what BIG PHARMA is spending on lobbying.   If we simply look at the makers of opioids as their own entity (as opposed to looking at the entire pharmaceutical industry), we learn that they’ve spent many times more, knowing good and well that an EPIDEMIC OF OPIOD ADDICTION was in full swing.

Gulp!  This is exactly why you can’t trust EVIDENCE-BASED MEDICINE.  It’s all too often bought and paid for — just like our politicians.  In fact, what we really need to do is require politicians to dress like NASCAR drivers.  Ever noticed how NASCAR drivers and their cars are covered with the names and logos of their sponsors?  The bigger the sponsorship, the bigger the logo.  Only instead of Home Depot, Great Clips, Tide, or any of a myriad of other businesses, we would have members of congress in their three-piece suits or dresses, with the Purdue Pharma, GLAXOSMITHKLINE, or PFIZER logos printed on them.

Dr. Schierling is licensed chiropractor and world-renowned chronic pain specialist. Dr. Schierling specializes in a holistic approach to helping end his patients’ chronic pain that includes Scar Tissue Remodeling Therapy.
All Posts »
PrevPreviouswhat’s really causing your back pain and what you can do to fix it
Nextmore on the phenomenon known as “underreporting” as related to invisible and abandoned studiesNext