MORE EVIDENCE ON THE FUTILITY OF VACCINATING AGAINST THE FLU 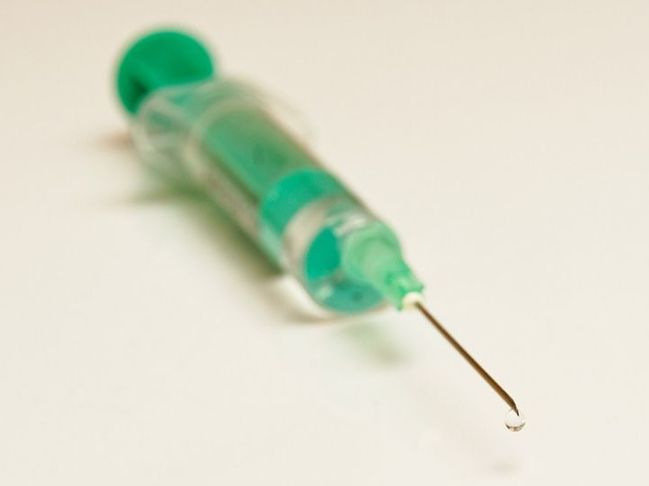 Although the year is only half over, it won’t be long before you are being told yet again to get vaccinated against the Flu because IT’S FORECAST TO BE THE WORST FLU SEASON EVER.  We already know what doctors (HERE) and nurses (HERE) think about mandatory FLU VACCINES.  It should make you wonder why they, as a profession, aren’t more “all-in” as far as getting Flu Shots themselves?  If they’ve done their research (and as physicians you would hope this to be the case), they are well aware of another of the American medical community’s dirty little secrets — Flu Shots don’t work.   This is not my opinion, but the conclusions of peer-review meta-analysis.

For instance, it was the renowned Cochrane Review who concluded (HERE) that when it comes to the elderly, the very best you can hope for in a virus-matched year (this happens about once a decade) is 4% effectiveness.  In a non-matched year (90%), the Flu Shot’s clinical effectiveness is 1%.   Unfortunately, Flu Shots for children and infants are no better.  In fact, I recently showed you that Cochrane revealed that Flu Shots in this group are no better than placebo (HERE).  Oh; and who could forget the SORDID STORY OF TAMIFLU?  Now this.

For people who don’t like Flu Shots, there’s the snortable LIAV (Live Attenuated Influenza Vaccine) Called FluMist.  Numerous studies have shown that LIAV Vaccines taken for Flu have at least 50% better efficacy in preventing Flu than shots.  In light of what we learned from the previous paragraph, the latest revelation from AstraZeneca (manufacturers of Flu Mist — the biggest producer of snortable Flu Vaccines) should at least make you sit up and take notice.  Listen to what NPR reported yesterday.

“It turns out that the spray — which is particularly popular among kids, pediatricians and parents who don’t like seeing their little ones cringe at the sight of a needle — hasn’t worked as well as the old-fashioned shot during the past few flu seasons.”

This raises it’s own questions.  How can you really get worse results than 1% efficacy?  But another question might be more important — why?  Reporters, physicians, and public officials alike wanted to know why, for the last several years, this concoction hasn’t worked to prevent the Flu.  It’s not really a mystery folks.  If you start looking at the links in the top paragraph you’ll see that the more frequently people take the Flu Shot, the less effective it is (although your chances of Alzheimer’s will go up significantly — HERE).  How bad has it been for the FluMist Nasal Vaccine over the past several years?  Here is part of yesterday’s statement by the CDC.

“In late May, preliminary data on the effectiveness of LAIV among children 2 years through 17 years during 2015-2016 season became available from the U.S. Influenza Vaccine Effectiveness Network. That data showed the estimate for LAIV vaccine effectiveness among study participants in that age group against any flu virus was 3 percent. This 3 percent estimate means no protective benefit could be measured.”

Here’s what’s so interesting about this whole conundrum.  We’ve been warned over and over by the powers that be (our family, our pediatricians, our politicians, our public health officials, and especially BIG PHARMA) that if we don’t get our Flu Shots, it will cause a pandemic that will kill millions (LIKE WE SAW DURING WWI).  However, this has not even remotely played itself out.  Unfortunately, despite the horrendous effecacy of Flu Vaccines, nothing is really going to change.  What do I mean?  Listen to what Reuters writers Ben Hirschler and Julie Steenhuysen wrote yesterday concerning the devastating (you’ll see that I am using the work tongue-in-cheek here) financial effect this fiasco is going to have on AstraZeneca.

“Deutsche Bank analyst Richard Parkes said the U.S. vaccine problem would likely drag down consensus earnings forecasts for the current year by around 2 percent and there was a 1-2 percent risk to future forecasts, if the issue was not resolved.  Shares in AstraZeneca gained 0.3 percent while the European drugs sector rose 0.4 percent.”

HERE’S how that whole stock-prices-are-up-even-though-evidence-and-trust-are-down thing works.  Wouldn’t it be nice to be able to under-perform almost 100% and still get paid?   It certainly doesn’t work that way in my office (HERE) and I know good and well it doesn’t work that way in your business.  But this is par for the course if you are a pharmaceutical company — or a politician — or a FREELOADER.

What should you do in light of this information?  Firstly, realize that Flu is not the killer it has been made out to be by those pushing various agendas and vaccines (HERE).  Secondly; there are any number of things you can do to prevent Flu that go far beyond simply washing your hands, wearing a mask, or trying not to cough or sneeze in someone’s face (HERE is one example of many).  Thirdly, realize that even though you’ve had it beat into your head from the time you could toddle around that germs are the cause of disease, this is much less true than you might imagine (HERE).  Fourthly, educate yourself.  Start realizing that if you don’t have a firm knowledge base in the field of health, you’re ripe for the picking.  This is because to the industry, you are merely a dollar sign.  That’s right folks; Big Pharma sees you as a commodity — nothing more, nothing less.  The sooner you realize that, the sooner you can start seeing the truth and taking control of your own health.