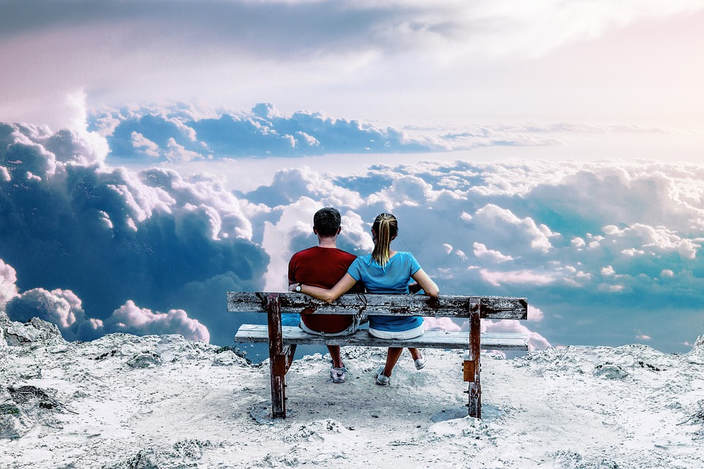 CedricE – English – Pixabay
Oxygen (O2) is critical to both life and health.  If you don’t believe me, try holding your breath for several minutes (or look at someone who has spent the better part of their life starving their body for oxygen with cigarettes).  Unfortunately, the air we breathe is only slightly over 1/5 oxygen (the rest is mostly Nitrogen).  Because oxygen is such a critical part of any healing process, what would happen to your body’s ability to heal if you could breathe air that was 2/5 oxygen?  Or 1/2 Oxygen?  Or maybe 4/5 oxygen?  What about breathing air that was 90% oxygen.  Do you think this might provide some benefits to those who are struggling with Chronic Conditions and various Chronic Pain Syndromes?  Instead of me sounding like some sort of “hype-machine”, let’s look at what the experts in the Scientific Research Community say about the subject.  But before we get to the research, lets look at some of the problems associated with lack of oxygen.

A FEW OF THE MORE COMMON SYMPTOMS OF OXYGEN DEFICIENCY INCLUDE…

WHAT ARE SOME OF THE SCIENTIFICALLY PROVEN BENEFITS OF USING OXYGEN?

The body’s proficiency at moving oxygen from the lungs to body tissues is possibly the most important factor in concerning one’s health.  As the body’s ability to move oxygen diminishes with age, people have a greater propensity toward illness.  EWOT helps turn the tables by improving one’s O2-using ability.

As I have already stated, oxygen comprises about 20% of the air we breathe. The pressure of this air at sea level is 760 mm.  The pressure of oxygen entering the body’s lungs is about 150 mm (this is called “partial pressure”).  Be aware that oxygen in the lungs is diluted greatly with carbon dioxide (CO2).   After oxygen is diluted, its pressure is further reduced to 100-110 mm. This pressure drives the oxygen from the lungs into the capillary blood.  It then travels throughout the body and eventually ends up in the capillaries of the extremities (arms, legs).  These capillaries then release some of the oxygen to support individual cells.

Ideally, the pressure of the oxygen in the body’s arteries will almost equal the pressure in the lungs. However, aging (as well as certain disease states) causes arterial O2 pressure to drop to about 70 mm instead of 95 mm.

In order for the oxygen to get from the capillaries to the cells, it must first dissolve into the body’s fluids (water). Unfortunately, oxygen does not readily dissolve into water.  This is a critical point to understand.  It means that:      Oxygen’s solubility is largely dependent on the pressure driving it.

Johns Hopkins trained physician, Robert Rowen explains that as O2 is extracted in the body’s capillaries, the venous blood at the end of the capillary has an average O2 pressure of about 40 mm early in life.  By age 70, this has dropped to 35 mm. The difference in the pressure of oxygen between the arterial and venous sides reflects how well the oxygen is delivered and consumed.

So even though your blood oxygen levels might be registering above that magic 90% mark that the medical community considers “normal” (90% is actually too low), as you age, the oxygen pressure falls.  Even though the volume of oxygen might look the same as it has always been, you could actually be oxygen deficient because of lack of pressure.

We have all experienced this phenomenon before — in a little bit different manner.  You visit someplace where it is difficult to shower because of lack of water pressure.  Most likely, there is more than enough water to take a good shower; just not enough pressure to drive it out of the shower head.

EWOT raises arterial pressure to levels seen in youth.  What must happen is breathing high levels of oxygen while exercising. Exercise increases the circulation, creating a greater pressure to drive oxygen into the capillaries. The increase in pressure facilitates the repair of the O2 transfer mechanism. EWOT is effective for helping almost every conceivable condition because it improves the delivery of the most essential substance in tissue repair and healing — oxygen.

WHY DO WE USE EWOT AT SCHIERLING CHIROPRACTIC, LLC?

If you have to ask this question, you have not been paying attention!  Oxygen is the stuff of life!  It has been scientifically implicated as having the potential to turn sickness, disease, and Chronic Pain on its head.  It has been shown in study after study after scientific study, to aid in the body’s healing processes.  But to specifically answer the question of oxygen use in our Brain-Based Therapy Program……….

Your brain and nervous system need two things to function properly: fuel and activation. Activation comes in the form of pathway-specific neurological stimulation.   Fuel comes in the form of glucose and oxygen.  As you have already read, your ability to utilize oxygen decreases significantly as you age.  We are giving you oxygen to help you heal faster.  We want to get you better as fast as possible.

And let’s not forget the brain.  The cerebellum, called the “lower” brain, sits in the back, bottom part of your skull.   The Cerebellum controls all of your spinal musculature as well as your balance and coordinated movement.  When the cerebellum is not firing correctly, these muscles spasms cause the vertebra to “lock up” and not move as freely as they are supposed to.  This frequently begins a process of disc degeneration (fluid loss, bone spurs, calcium deposits, disc thinning).  Make the cerebellum fire better, and the spinal muscles no longer spasm, the vertebra will move better (proper joint motion is critical for joint health), and your discs can begin to heal.  A properly firing cerebellum also slows down, via the Brain Loop, an overactive Mesencephalon (upper brainstem).  This is actually very important for those of you suffering with any sort of chronic illness or chronic pain (HERE).

Remember the tests we did to check your cerebellum (finger to nose, standing with eyes closed and feet close together, playing piano, touching your finger that is over your head, etc.)?  The brain / cerebellum demands up to 20 – 25% of the body’s oxygen supply. When it doesn’t get enough oxygen, people frequently end up with issues such as sleep apnea, poor concentration, forgetfulness, mood swings, restlessness, depressive thoughts, decreased motivation, and low energy.  The Cerebellum is the single most oxygen-dependent organ / tissue in the entire body.   That is why we are giving you oxygen, to get you better, faster, by allowing your cerebellum to work better!

Is the Discussion About Oxygen Confined to Alternative Medicine, or is this Information Going Mainstream?

Fatigue (sometimes referred to as Chronic Fatigue and heavily associated with FIBROMYALGIA) has been reported by several studies as one of the most common symptoms experienced by people worldwide.  A 2006 booklet by Harvard Health Publications called “Boosting Your Energy:  A Harvard Medical School Special Health Report “, stated that……..

“Every breath you take converts to energy.  Human cells use nutrients from food and oxygen to create Adenosine Tri-Phosphate (ATP), the energy source that fuels cell function.  If your cells receive too little oxygen, they produce less energy.  If your cells need more energy, they use more oxygen. That’s why your breathing rate increases when you exercise.“

If you want to see true healing synergism in action, read the above quote from Harvard’s Medical School, and then take 5 minutes and read our COLD LASER THERAPY WEBSITE.  The bottom line is that Oxygen is critical to healing processes.  And it really does not matter what you are trying to heal.  This is why many of the therapies involved in our Brain-Based Therapy program are designed to benefit whatever neurological protocol we may be using.

Disclaimer: The material provided on this site is for strictly informational purposes only. It is not meant to replace or substitute for the recommendations or advice of your physician or medical provider. The products are not intended to diagnose, treat, cure or prevent disease. The information contained in this site should not be used for diagnosing or treating a health problem or disease. If you believe you have a medical condition or problem contact your health care provider. The statements contained in this website have not been evaluated by the Food and Drug Administration.