THE BEAUTY OF BACTERIA 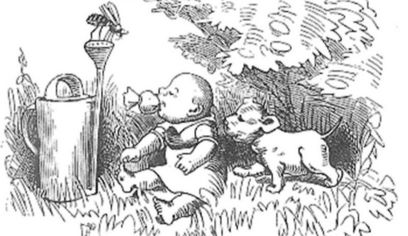 For a very long time I have been telling people that many of us are too clean (HERE).  What do I mean by this?  Do we need to go back to the pre-Semmelweis days of blood, pus, and filth?  Certainly not!  But it is a medical fact (albeit one that your doctor will not talk to you about) that we must be exposed to lots of bacteria from birth on if we want to be healthy (HERE).  Although bacteria get a bad rap and cause most of us to rush for the hand-sanitizer, this is being shown time and time again to be the wrong response.  And ANTIBIOTICS are even worse —- much worse.  I have said repeatedly on my blog that Antibiotics are quite possibly the number one destroyer of health in America.

A recent Swedish study led by Dr. Bill Hesselmar (MD / PhD) that was completed at Queen Silvia Children’s Hospital in Gothenburg, and published in the journal Pediatrics provided an interesting boost to this thought process.  When parents stick a child’s pacifier in their own mouths to clean it off (yeah, I never did that myself either), the child ended up with significantly less ASTHMA, ALLERGIES, and eczema (a common AUTOIMMUNE DISEASE).   This study actually reminded me of the study that was done on DOGS IN THE HOUSE AND CHILDHOOD ALLERGIES / EAR INFECTIONS.   Although all of this sounds rather bizarre, aren’t you interested in finding out why it’s true?

The authors postulated that the transfer of oral and vaginal bacteria from the parent to the infant was the responsible factor supplying the beneficial results.  In fact, the researchers stated that, “Exposure of the infant to parental saliva might accelerate development of a complex oral / pharyngeal microbiota that, similar to a complex gut microbiota, might beneficially affect tolerogenic handling of antigens by the oral / pharyngeal lymphoid tissues.  Moreover, oral bacteria are swallowed and hence also affect the composition of the microbiota in the small intestine, which may in turn regulate tolerance development in the gut.”  I am not sure how many times I can say it, but your GUT is where 80% of your Immune System lives — mostly in the form of thousands of different species of bacteria (HERE).  It is why there is an old axiom in natural medicine that says, “fix the gut, fix the body“.

The same study addressed the benefits of Vaginal Deliveries as opposed to C-sections.  Until fairly recently in history, the C-section rate in America was not only the highest on the planet — no one else was even remotely close to us.  Unfortunately, several countries, including China, have passed us by.   America’s overall C-section rate is currently one in three — up from about one in five 15 years ago (in 1965 it was less than one in twenty) .  It is now our nation’s number one most commonly performed surgery.   Yet when you look at infant mortality rates, there are over forty countries better than us. Something is not adding up (much of this has to do with our insane VACCINATION POLICIES).

This is just one of the reasons that home births or birthing centers are the way to go.  Swaddle the newborn and let them nurse —  immediately; without cleaning them off first.  Sounds crazy to many of us, but this is the nature of the bacterial transfer.  And it’s not like this is new information.  There has been a growing voice for the tearing down of the “sterile” barriers between mothers and newborns in the hospital setting.  In fact, in a recent article, Dr. Amal Assa’ad —- a professor of Pediatrics and board certified Immunologist / Allergist —- told clinicians at Cincinnati Children’s Hospital Medical Center that…..

Dr. Schierling is licensed chiropractor and world-renowned for intervention with persistent chronic pain. Dr. Schierling focuses on a holistic approach to helping end his patients’ chronic pain that includes Scar Tissue Remodeling Therapy.
All Posts »
PrevPreviousobesity in children is exploding
Nextwhy do i have a chronic cough and stuffy nose?Next