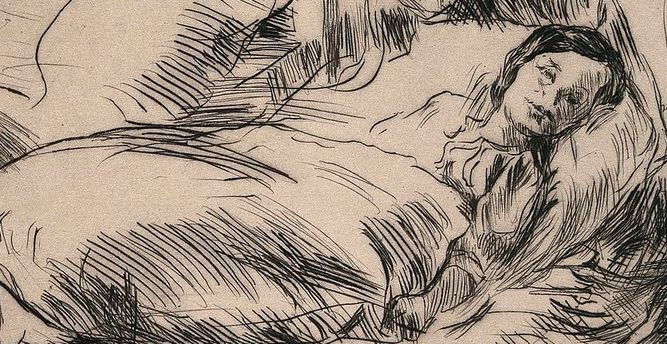 Wellcome V0010549
Utopia…… it’s just wonderful even thinking about it.  Sigh.  We live in a world increasingly like Orwell’s 1984 —- a world full of governmental control and doublespeak. It’s a world where right is wrong, up is down, and bad is good.  In fact, things are whatever the government says they are.  And right now they are saying a whole lot about healthcare.   I have written about some of the interesting aspects of medical double speak that are entering our modern vernacular (EVIDENCE BASED MEDICINE is one of the biggest of these), and today I am going to tackle another.  Welcome to the world of Patient-Centered Care.   What, might you ask, is Patient-Centered Care?  Let’s let some governmental agencies (not necessarily agencies of the American Government) define it for us.  Get ready to get that warm, fuzzy feeling from head to toe.

The Institute of Medicine defines Patient-Centered Care as: Health care that establishes a partnership among practitioners, patients, and their families (when appropriate) to ensure that decisions respect patients’ wants, needs, and preferences, and that patients have the education and support they need to make decisions and participate in their own care.   Don Berwick, formerly of International Healthcare Improvement, defined patient-centered care as: The experience of transparency, individualization, recognition, respect, dignity, and choice in all matters, without exception, related to one’s person, circumstances [financial ability], and relationships in health care.

It all sounds so wonderfully utopian — just like the 1984-like world that such a large part of America and the politicians they elect seem to be pushing for.  But like all utopian ideas (can anyone say “Marxism”?), things seem to work better on paper than they do in real life.  Just look at the “Ready Access” provision above.  How in the world is “free” healthcare for everyone going to create better access for everyone?  It won’t.  It can’t.  It will create healthcare shortages and long waits to see doctors. Ask anyone who works in the healthcare field.  But that’s not where the problems with Patient-Centered Care end.  How about the issue of honesty in medicine?

We already know about the 1995 study by Milliman & Robertson, Inc (one of world’s largest independent actuarial and consulting firms), which determined that almost six out of every ten surgeries performed in America are, by definition, “Medically Unnecessary“.  Or what about huge Pharmaceutical Companies like Pfizer and Glaxo Smith Kline who have recently been wrung up for billions upon billions of dollars in fines for falsely promoting their products and making up research from thin air (HERE & HERE).  But it seemingly gets worse from there.  Do you trust your doctor?  Maybe you will think about this issue of doctor reliability a little bit differently from now on.

Over a decade ago, the December 2001 issue of the British Medical Journal reported that, “98% of American…..  medical students swear some kind of oath, either on entry to medical school or at graduation.”   The paper included an example of a prototypical oath: “I will practice medicine with integrity, humility, honesty, and compassion—working with my fellow doctors and other colleagues to meet the needs of my patients.”  Another one of those things that sounds great on paper.  But what about the practical application?  The question I would like to ask is whether or not Patient-Centered Care is even possible in our current medical climate — a climate in which doctors work for “The Man” (around here its Cox, St. Johns, and / or the Federal Government — soon to be only the Federal Government)?   How can you get Patient-Centered Care in an environment of profits at any cost?

Health Affairs is a peer-reviewed medical journal —- a medical journal whose motto is, “The leading journal of health policy thought and research.”   The February 2012 issue of Health Affairs ran a study called, “Survey Shows That at Least Some Physicians Are Not Always Open or Honest With Patients.”   The results came from a 2009 survey of nearly 2,000 American doctors — doctors in practice and seeing patients.  One of the four parts of Patient-Centered Care is Communication.  Just how well do doctors honestly communicate with their patients.   This is what Health Affairs concluded:

Am I surprised by these findings?  Not any more.  When I graduated from Logan College of Chiropractic nearly 21 years ago, I was an idealist.  I thought that while misguided, most doctors truly believed what they were doing was the best thing for their patients.  This despite the dearth of evidence to the contrary (see DEATH BY MEDICINE).   The results of this study — a study which probably errs on the side of the doctors —– paints an even worse picture than what was in my mind.  What were the author’s conclusions concerning this study?

“Our findings raise concerns that some patients might not receive complete and accurate information from their physicians, and doubts about whether Patient-Centered Care is broadly possible without more widespread physician endorsement of the core communication principles of openness and honesty with patients.“

But in today’s “Corporate Medicine” environment — particularly with the government taking over another segment of society as only they can —- is there any way that things like “core communication principles of openness and honesty” can really increase?  I say impossible!   Oh, don’t get me wrong.  Some things will certainly increase.  Paperwork will increase.  Waits to see a doctor will increase.  Red tape will increase exponentially.  And bureaucracy will increase in ways that even people who wanted this could never have imagined.  But openness and honesty……   Forget about it!   When Big Pharma and Corporate Medicine are in the house, it’s profits at any cost (HERE).  And if you do not believe that, you are living in fairy land!

Despite the work of people like Dr. Marcia Angell (the doctor who was fired after 20 years as editor of the New England Journal of Medicine back in 1998 for bringing Medical Conflict-of-Interest to the light of day) and Dr Thomas Bodenheimer who has worked relentlessly to expose the hypocrisy and Conflict-of-Interest in the Medical Field (HERE), the band plays on.  Because of Pharmaceutical Sales Reps, doctors have all sorts of yummy little perks like free meals or vacations disguised as “Continuing Education Conferences”.  As amazing as it sounds, slightly over 30% of the profession is getting paid directly by the drug companies as “educators” or “consultants”.  That’s right, they make money to to propagandize — er, uh, “teach” — their peers about the wonders of drugs like PREGENTATORIVOX, in locations like the Mexican Rivera, or Aspen, or Vegas, or Hawaii, or Miami.

With the AMA, Corporate Medicine, and Big Pharma doing everything in their power to make money, and lots of it, how can you even hope to receive Patient-Centered Care.  Add that to the fact that everyone is going to be on some sort of Government-Subsidized healthcare plan within two years (i.e. forced Health Insurance for everyone — cha ching).  And now throw in the fact that medical research which was recently published in peer-reviewed journals tells us that we should be careful about trusting our doctors too much. Is there any way that true Patient-Centered Care is going to happen?  Sure there is.  By the way, I have this bridge in Brooklyn that I would just luuuuuuv to sell you.

Gwen Olson understands the magnitude of this problem better than most.  Gwen worked as a Pharmaceutical Rep for 15 years before getting so sick of the situation she actually resigned from the Dark Side and wrote the book, Confessions of an Rx Drug Pusher.  Gwen writes,

“A human commodity“.  Hey; she’s right.  That’s what we are.  That’s what the practice of Medicine sees you as.  Much of this has to do with the fact that doctors no longer work for themselves.  They work for “The Man“.  They have no real say in what happens any more, and they have progressively less say as the years pass by.  Who is making your health decisions these days?   The people who love you and care about you the most —- The Federal Government and those with the deepest pockets who lobby our politicians the hardest!
Share on facebook
Facebook
Share on twitter
Twitter
Share on linkedin
LinkedIn
Share on pinterest
Pinterest
Share on reddit
Reddit