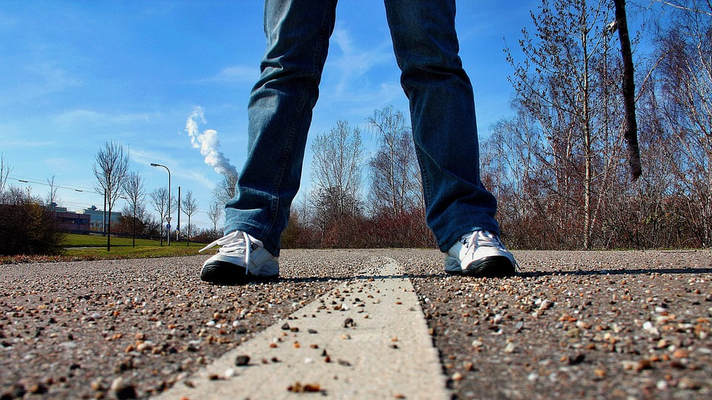 “Physicians have frequently used corticosteroid injections to treat plantar fasciitis.”   From Podiatry Today’s 2013 article called An Evidence-Based Medicine Approach To Plantar Fasciitis
A couple sentences after telling us that, “A variety of existing conservative therapeutic options are generally reported as being successful in the treatment of plantar fasciitis,” Dr. Allen Jacobs, the author of An Evidence-Based Medicine Approach To Plantar Fasciitis in the October, 2013 issue of Podiatry Today, reveals that, “﻿it is difficult to draw definitive conclusions as to the best non-surgical or surgical options.﻿”  There is good reason for his statement.  According to a position paper from the Department of Rehabilitation Services and Physical Therapy at Bringham and Women’s Hospital in Boston, nothing really seems to work very well when it comes to effectively solving Plantar Fasciitis.

“Conservative treatments include non-steroidal anti-inflammatories (NSAIDs), orthotics, heel cups/cushions, night splints, Achilles tendon stretching and physical therapy treatment (including exercise and modalities such as ultrasound, phonophoresis, iontophoresis and friction massage). All of these interventions have demonstrated some positive effect in the outcome of plantar fasciitis, however there is no consensus as to which modality or combination of modalities is the most effective. In their systematic review of literature for the Cochrane Collaborative, Crawford et al, concluded there was limited evidence that any of the conservative treatments were any more effective than no treatment at all.“

Plantar Fasciitis (an INFLAMMATION of the FASCIA on the bottom of the foot) is not only miserable (it affects approximately 1 in 10 Americans), but in some cases can be debilitating.  Whenever I see people who have struggled with PLANTAR FASCIITIS, I can assume, before even talking with them,  that among other things such as NSAIDS, they have had CORTICOSTEROID INJECTIONS.  In light of how ineffective “conservative” treatment of PF is, how well do injections work?

Just before telling us that, “a retrospective review of 765 patients diagnosed with plantar fasciitis reported that of the 122 patients who had received a steroid injection, 44 patients (36%) had a fascial rupture as a result of the injection,” a 2008 issue of the Journal of Orthopedic and Sports Physical Therapy (Heel Pain—Plantar Fasciitis:Clinical Practice Guidelines Linked to the International Classification of Functioning, Disability, and Health) said that, “there is limited evidence to support the use of steroid injection to provide short-term pain relief.”  Did you catch that?  They are not talking long term solutions here; only short term pain relief — and injections don’t even work for that.  But as to long term solutions; The Mayo Clinic’s website tells us why these injections aren’t recommended as a long-term solution either.  “A major concern with steroid injection has been the risk of subsequent plantar fascia rupture and plantar fat pad degeneration.  Injecting a type of steroid medication into the tender area can provide temporary pain relief, but multiple injections aren’t recommended because they can weaken your plantar fascia and possibly cause it to rupture, as well as shrink the fat pad covering your heel bone.”

A brand new study from last month’s issue of Experimental and Therapeutic Medicine (Corticosteroid Versus Placebo Injection for Plantar Fasciitis: A Meta-Analysis of Randomized Controlled Trials) concurred.  In this meta-analysis that included crunching data from a number of studies comparing Corticosteroid Injections to sugar pills (Placebo), it was determined that after two months, “no difference was detected with respect to the VAS. Corticosteroid injection may provide pain relief for a short period of time, but the efficacy may disappear with the progression of time.” The VAS (Visual Analog Scale) is the little chart where you list your pain on a scale of one to ten every time you go to the doctor.  Not exactly a ringing endorsement for using Corticosteroids for PF.

And if they don’t find relief with injections, people will eventually turn to other forms of treatment like ESWT (Extracorpreal Shock-Wave Therapy), which is a heavy duty dose of ultrasound — similar to the sort they use to break up kidney stones.  Although it’s been around for decades, I have seen a great deal of conflicted information about this technique being used for those with Plantar Fasciitis.  Aetna Insurance says right on their site that they don’t cover this procedure because they consider it to be, “experimental and investigational for plantar fasciitis because its effectiveness has not been established.”  Which leads me to something you’ve undoubtedly already tried if you’ve read this far — orthotics.

So; nothing is working and you feel you are out of options.  It’s now time to get serious.  Here is my three-pronged approach to dealing with even the most stubborn and debilitating cases of PF — probably in this order.  For minor cases, you may be able to skip the second bullet point.

Dr. Schierling is licensed chiropractor and world-renowned for intervention with persistent chronic pain. Dr. Schierling focuses on a holistic approach to helping end his patients’ chronic pain that includes Scar Tissue Remodeling Therapy.
All Posts »
PrevPreviousfourth of july in the ozarks
Nextis it possible to eat healthy on a budget?Next