ADHD DOES NOT EXIST? 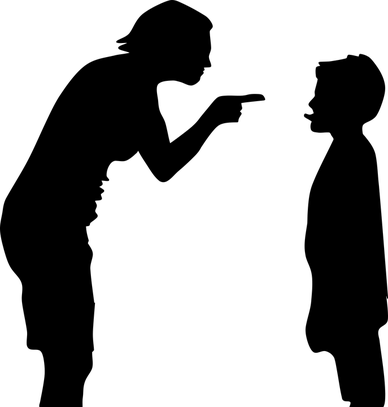 Less than two weeks ago, St Louis based think tank, Express Scripts Lab (a division of the huge Pharmaceutical Management Company), released a report called, “Turning Attention to ADHD: U.S. Medication Trends for Attention Deficit Hyperactivity Disorder“.  The report provided some rather shocking statistics.  Not only did they show us the dumbfounding numbers of Americans on ANTI-DEPRESSANT DRUGS, they revealed how the use of drugs to treat ADHD is skyrocketing.  In fact, the report stated that, “spending on ADHD medication rose 14.2% in 2012, the greatest increase seen among any traditional drug category“.  They also said that by 2015, that number should hit 25%.  Enter Dr Richard Saul.

Richard Saul is a sharp guy.  He is a medical doctor with over 5 decades of experience as a Behavioral Neurologist.   He holds board certifications in both Neurology, and Immunology (two extremely complex specialties) as well as Pediatrics and Behavior & Development.  He runs the Diagnostic and Developmental Center near Chicago, and has made the news recently because of his latest book —-  ADHD Does Not Exist.  Dr. Saul and his book have made headlines in virtually every single newspaper and magazine in the Western world over the past week or so, and although I have not read the book, we should all take notice of some of the things he is saying.  If you condense his recent article in Time Magazine down to a couple main points, they would be that according to the DSM (Diagnostic and Statistical Manual of Mental Disorders), the criteria for diagnosing ADHD is so broad that virtually everyone either has it or could be diagnosed with this it.   He also makes the point that stimulant use and addiction are epidemic in America, and that the medical community has to do more for people with ADHD symptoms than merely provide them with stimulants.

That’s correct.  The drugs that physicians use to treat ADHD, are “stimulants”, and led by some heavy hitters that most of you are at least somewhat familiar with; Aderall, Concerta, and Ritalin.

Here’s what I want you to notice.  The chemical names of these drugs contain either the word “amphetamine” or “meth” in them.  Yep; when you allow a doctor to prescribe your child various forms of Methamphetamine (HERE) to control their ADHD, problems are bound to ensue.  Ask someone who knows.  It was Kurt Cobain’s widow, Courtney Love, who said when asked about the relationship between his ADHD and drug problem, “When you’re a kid and you get this drug that makes you feel that feeling, where else are you going to turn to when you’re an adult?“.  It’s a valid point.  According to the report, not only are the people on ADHD meds far more likely to be taking Depression medications, but, “Children on ADHD medications are 10 times more likely to be using an antipsychotic than children who are not using ADHD medications.”  I could go on and on, but the report itself is fairly short.  You can read the whole thing in 15 minutes or less.  But this is not the only place that ADHD drugs take you.  It leads to the land of INSULIN RESISTANCE.

Not quite a year ago (HERE), I told you that men who had been diagnosed with ADHD as children, were twice as likely to be OBESE as adults.   A recent study of 164,000 people done by doctors at Johns Hopkins School of Public Health and published in the journal Pediatrics confirmed these results. The crazy thing was that the stimulants kept people lean while they were young, but as they got older, their BMI’s tended to rise rapidly —- probably due to frying their ADRENAL GLANDS.   Although the researchers speculate on the reasons for the weight gain, they never give a definitive reason.

I have a pretty good idea that much of the physical aspect of this problem goes back to GUT HEALTH (more about this HERE).  Between the barrage of ANTIBIOTICS, SUGAR, VACCINATIONS, ESTROGEN-LIKE HORMONES, GLUTEN, TRANS FATS, HALIDES, FOOD ADDITIVES, MERCURY, JUNK FOOD & SODA, and numerous other substances that we are saturating our babies / children with from the day they are born, we are destroying the bacteria that make up 80% of their Immune Systems, not to mention the wide array of other critical functions they perform (HERE & HERE).   I gave you one example of this phenomenon just the other day (HERE).  Then, as the child gets older, throw in copious amounts of T.V., computers, video games, cell phones, and dumbed-down educational standards, and you have a recipe for disaster.

Without reading Dr. Saul’s book, it is tough for me to make an accurate assessment.  But after reading lots of the articles about his book, not to mention reading the short piece in Time that he wrote himself, I am not sure that the most accurate way to describe his position is that ADHD does not exist.  It’s a great title that will automatically sell books via its controversial nature.  I think, however, that a more accurate title would have been “Many Different Health Conditions Result in Children that Cannot Concentrate“.  Either way you slice it, the drugs used to treat people with an ADHD diagnosis are not only frequently abused themselves, but often times lead to both drug and alcohol abuse.