should i call you mister guinea or mister pig?

YOU ARE BIG PHARMA’S GRAND EXPERIMENT: AND THEIR SOURCE OF CASH 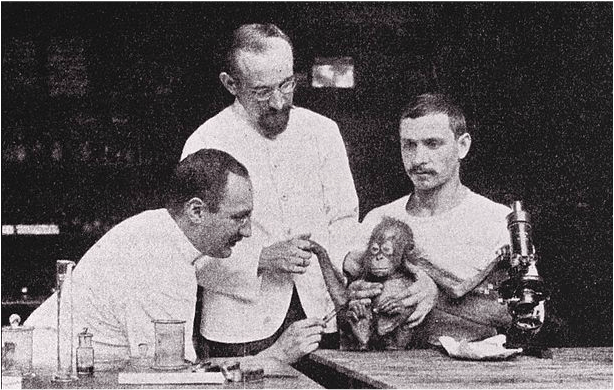 “Annually, prescription drugs cause over 81 million adverse reactions and result in 2.7 million hospitalizations. This epidemic of harm from medications makes our prescription drugs the fourth leading cause of death in the United States. Including hospitalizations and deaths from prescribing errors, overdosing, and self-medication, drugs move up to third place.”  Donald Light from Monday’s issue of Health Affairs (Serious Risks And Few New Benefits From FDA-Approved Drugs).  The full article can be read HERE.

If you read the study, DEATH BY MEDICINE that was published eleven years ago, you are not only already aware of the information from the quote above, you know that the problem is MUCH WORSE than the, “adverse reactions that are killing more than 2,400 people every week” they are reporting (at least 10 times worse, and possibly much more than that).  Not to mention the fact that I showed you how “ROGUE” the FDA really is a couple of months ago.

Drugs — ‘medications’ — are supposed to be beneficial for health; are they not?  Why else would you take them — especially considering the insane number of side effects they all have (see the second link above).  Instead, we learn this…  “Public, independent advisory teams of physicians and pharmacists in several countries found over 90 percent of new drugs approved by the FDA and the European Medicines Agency (EMA) offer few or no advantages over existing drugs to offset their risks of serious harm.”  But even this does not tell the whole story?  How much worse could it really be?

Out of the nearly 1,000 drugs (979 to be exact) that were green-lighted by the FDA over the past decade, “Only two were breakthrough advances and fewer than 10 percent offered substantial clinical advantages over existing drugs. Yet approved drugs have a 20 percent risk of producing enough harm for regulators to add a serious warning or have them withdrawn.”  What did BIG PHARMA do as far as research and development for these 1,000 drugs?  As it turns out; much less than you have been led to believe.

In similar fashion to the way that chemists are working overtime to keep athletes in undetectable PED’s (think A-Rod, Ryan Braun, Marion Jones, Lance Armstrong, Antonio Gates, or a myriad of others here), Big Pharma is doing likewise.  Biochemists making back alley designer steroids can (at least for a time) stay one step ahead of the law because they can minimally “tweak” their recipes to make their products undetectable on tests.

Big Pharma doesn’t care about evading drugs tests, but in similar fashion they are tweaking other company’s drug recipes just enough so that, “clinically minor drugs win patent protection for high prices, with few clinically important advances.”   Listen to what Light says is the result of doing business like this (cherry-picked from three paragraphs).

“These startling results reflect studies from Harvard University, where research fellows have investigated ‘institutional corruption’ in the pharmaceutical industry. ‘Institutional corruption’ refers to systemic, legal ways that social institutions such as medical science, the medical profession, and the FDA become compromised by corporate and special-interest funding and influence.  Peer-reviewed studies already demonstrate how pharmaceutical companies manipulate FDA rules to generate evidence that their new drugs are more effective and less harmful than unbiased studies would show [HERE and HERE are great examples].

The industry then recruits teams of medical writers, editors, and statisticians to select and repackage trial results into peer-reviewed articles that become accepted as reliable medical knowledge.  ‘Scholarly studies have revealed that drug firms design trials that skew the results and that they distort the evidence by selective reporting or biased interpretation.’ This distorted evidence goes into clinical guidelines that become marketing tools for drug companies.”

This, my friends, is why EVIDENCE-BASED MEDICINE is a farce — a pipe-dream that proves little more than that “Science” is whatever the people with the most money say it is (or how incestuous the relationships are between the drug companies, the researchers, and our nations medical universities that actually do the research).  And here’s the thing.  Health Affairs is not a site where half-baked “ANTIVAXXERS” and alternative healthcare ‘kooks’ hang out, dreaming up new conspiracies.

This, folks, is about as medically mainstream as it gets.  “The Health Affairs Blog features posts from noted health policy experts and commentators from a wide variety of perspectives, as well as regular contributors and staff. Health Affairs Blog has been cited in congressional testimony and by members of Congress….”

So; if you still think the FDA is here to protect you, that Big Pharma gives a royal rip about you or your health, or that the moon really is made of green cheese, you probably need to rethink some things.  It’s all about the money folks, and has been for a very long time.  Unfortunately, you don’t have to dig very deep to see that the problem is getting worse instead of better.

Dr. Schierling is licensed chiropractor and world-renowned for intervention with persistent chronic pain. Dr. Schierling focuses on a holistic approach to helping end his patients’ chronic pain that includes Scar Tissue Remodeling Therapy.
All Posts »
PrevPreviousis it possible to eat healthy on a budget?
Nextmore on mammography, over-diagnosis, and breast cancerNext