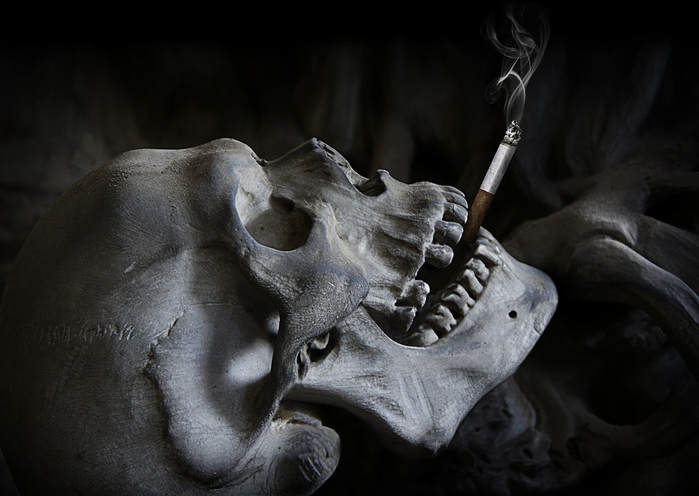 SarahRichterArt – Deutsch – Pixabay
No one today is going to argue that tobacco use does not carry some very serious health risks (except maybe the company who used to advertise decades ago that more MD’s smoked Camels than any other brand).  We know that smoking is directly responsible for at least one in five deaths in the United States each year, and adds an estimated $200 billion dollars to health care costs — costs ultimately picked up by the tax-paying public.  The truth is, most people who smoke want nothing more than to quit.  But thanks to chemists working in the Tobacco Industry, the nicotine is today’s cigarettes is more addictive than it was in years gone by — much more addictive.

Amazingly enough, according to the Department of Health and Human Services, 36 percent of the nation’s smokers try to quit each year.  But only 3 percent succeed in quitting for even six months (percentages go down from there).  However, this number is said to go up to almost 10% if people use some sort of smoking cessation drug. Whenever you hear the word “drug” just start following the money. Enter the drug companies.

Although a recent scientific study stated that Pfizer’s smoking cessation drug Chantix, “carries too many risks” it was still OK’d for public use.  Exactly how bad were these risks —- risks that PFIZER, the drug’s manufacturer, vehemently denied?   Chantix is a whopping eight times more likely to be linked with DEPRESSION and suicidal behavior than other nicotine replacement products (which themselves increase these problems as well).  The findings directly contradict two studies released last month by the Food and Drug Administration that showed Chantix did not increase the risk of being hospitalized for psychiatric problems such as depression. The agency at the time acknowledged that those studies were flawed because they were too small, and they only captured cases that were severe enough to land people in the hospital.

“Our study contradicts the implications of a recent review by the FDA showing no difference in psychiatric hospitalizations.  The FDA hospitalization studies were flawed because they could not capture most of the serious psychiatric side effects, including suicide, depression, aggression and assaults. These can be catastrophic events but do not normally result in hospitalization” said Dr. Curt Furberg, professor of Public Health Sciences at Wake Forest Baptist Medical Center, co-author of the study published online in the Public Library of Science journal PLoS One.  He’s right.   How many sucessful suicide attempts are hospitalized?  They’re not hospitalized.  They end up in the morgue!

The new study relies on adverse events reported via the FDA’s Adverse Event Reporting System from 1998 through September 2010.  They compared 3,249 reports of serious self-injury or depression linked to

They found that 2,925 cases, or 90 percent, of suicidal behavior or depression reported to the FDA were related to Chantix, even though the drug was only approved for four of the nearly 13 years of data included in the study.  “We found that Chantix is associated with more suicidal behavior reports than any other smoking-cessation drug on the U.S. market. The risks simply outweigh the benefits“.

Although Pfizer has strongly defended its drug, prior studies by Furberg and colleagues have shown Chantix increases the risk of other serious health issues including heart problems, unprovoked aggression, and sudden blackouts.  “There were reports of people driving cars and blacking out,” said Furberg. He and fellow researchers were so concerned about this side effect that they took their findings to the Federal Aviation Administration, which banned pilots from using Chantix in 2008.

And here is the real kick in the pants to this whole story.  Because this newest research was based on data from the FDA’s Adverse Event Reporting System, we already know that the numbers in this study are low —- probably absurdly low.  Why is this?  There is a great deal of research saying that only between one and ten percent of the adverse reactions ever get reported (THE MEDIAN UNDER-REPORTING RATE ACROSS 37 DRUG-REACTION STUDIES WAS NEARLY 95%).  However, let’s say for argument that the number of adverse events that gets reported is actually 50%.  This means that the suicide and depression rates for Chantix are actually double what this study is saying they are.  But they could be (and probably are) even higher than that —- probably much higher!
Share on facebook
Facebook
Share on twitter
Twitter
Share on linkedin
LinkedIn
Share on pinterest
Pinterest
Share on reddit
Reddit