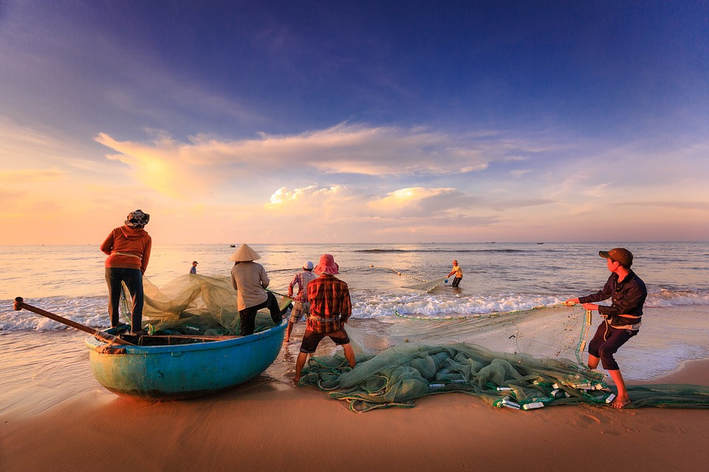 Quang Nguyen vinh – HCM city/Vietnam – Pixabay
I subscribe to MedPage Today — a free service that gives me daily updates on pertinent medical research in my email.  In Saturday’s “Lab Notes” section by Chris Kaiser (Some Fish Oil Fishier than Others) he wrote that, “Synthetic fish oils found in most supplement capsules may not have the same beneficial effects at the cellular level as their natural counterparts.”  Although I have written extensively about SYNTHETIC VITAMINS and ARTIFICIAL NUTRITION in the past, I was not aware that fish oil is now one of those nutrients that is being faked.  Sure, I realize that some fish oil is of a very poor quality, but what does it mean to create “Synthetic Fish Oils”?

SYNTHETIC DHA
The first thing I did was to Google “Synthetic DHA”.  Low and behold, there were hundreds of stories of Synthetic DHA.  According to a January 2011 study in the biomedical journal Biochimie, DHA (Docosahexaenoic Acid) —- one of the two active ingredients in Fish Oil —- is an omega-3 fatty acid that is a primary structural component of the human brain, cerebral cortex, skin, sperm, testicles and retina.  It can be obtained directly from maternal milk or fish oil.

After a bit of looking around, I found out that a company called Martek Biosciences Corporation, creates synthetic DHA via taking certain oils from genetically modified fungus and algae, and then using hexane (similar to propane) to extract DHA.  When this product was first released, it was not necessarily intended to be of nutrutional benefit (the studies on it were incomplete).  The benefit was being able to say that it was “closest to human milk“.  Although Synthetic DHA was recently banned from use in “Organic Baby Formula”, it is still used in numerous regular BABY FORMULAS.  This despite the fact that MBC’s own research has shown that lab rates given Synthetic DHA have, “significant increase in relative liver weights,” when compared to controls.

SYNTHETIC EPA
EPA (Eicosapentaenoic Acid) is the other active ingredient in Fish Oil.  Rather than being a “structural oil” like DHA, EPA provides the Anti-inflammatory portion of Fish Oil.  It is the part of the Fish Oil molecule that is going to protect you against the whole array of INFLAMMATORY ILLNESSES (cancer, heart disease, diabetes, arthritis, and a whole host of others).

Synthetic EPA (EPA-E or Ethyl Eicosapentaenoic Acid) has been patented and is marketed as a drug under the names Vascepa, Epadel, and EPAX.  EPA-E has shown to be clinically effective for the same things that natural EPA has been shown effective for — without the side effects.  For more information about Fish Oil, the best kind(s) to take, and why it is so critical for good health, just visit our PHARMACEUTICAL GRADE FISH OIL page.