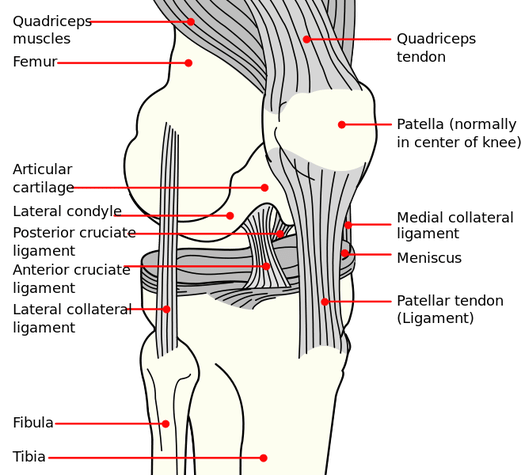 “Tendinosis, sometimes called chronic tendinitis, tendinosus, chronic tendinopathy, or chronic tendon injury, is damage to a tendon at a cellular level (the suffix “osis” implies a pathology of chronic degeneration without inflammation). It is thought to be caused by microtears in the connective tissue in and around the tendon, leading to an increase in tendon repair cells. This may lead to reduced tensile strength, thus increasing the chance of tendon rupture. Tendinosis is often misdiagnosed as tendinitis due to the limited understanding of tendinopathies by the medical community. Classical characteristics of “tendinosis” include degenerative changes in the collagenous matrix, hypercellularity, hypervascularity, and a lack of inflammatory cells which has challenged the original misnomer “tendinitis””   – Wikipedia’s entry on “Tendinosis”
Although most of us have heard the term “Tendinitis” our whole lives, unless you have personally dealt with the problem, you’ve not likely heard of “Tendinosis”.  Tendinosis is unique in that it is not considered an “Inflammatory” problem (you must remember that the word “itis” means “Inflammation” in Latin).  This is because when it comes to tendons, the injured or damaged tissue itself does not contain Inflammatory Cells as do other similar problems such as ADHESIONS OF THE FASCIA.  In order to grasp the difference between Tendinitis (something that many researches claim does not exist) and Tendonosis, you really need to understand INFLAMMATION — something not one person in a thousand has a firm grasp on.  It is my opinion that even though the damaged tissue itself is not considered “Inflammatory”, tissue is affected by the Immune System chemicals we collectively refer to as INFLAMMATION — particularly in THIS group of people.  Probably one reason that so many people with Chronic Tendinosis see such large improvements when they go on a PALEO DIET.
But why does any of this really matter?  Who cares if my doctor calls it Tendinitis or Tendinosis (or Banana-Boat for that matter).  Just give me some pills or A SHOT and I’ll be good to go; right?  Wrong.  All of the heavy hitters in the field of tendon research (Tendinitis -vs- Tendinosis) are saying essentially the same thing.  In fact, much of the quote at the very top of the page comes from a person I have frequently mentioned in previous work; Dr. GA Murrell (an Australian orthopedic surgeon, professor, and researcher of world-wide renowned).

It was Doctor Murrell’s now famous article in a 2002 issue of the British Journal of Sports Medicine (Understanding Tendinopathies) that said, “Tendinopathy may follow this pathway. An increase in the amount and duration of load that a tendon cell sees may result in activation of intracellular stress activated protein kinases, which when persistently activated cause the tendon cells to undergo apoptosis or programmed cell death. Increased cell death results in a collagenous matrix which is weaker and more prone to tearing. With time, this tendon may rupture.”  And the crazy thing is, this was not new information when it came out a dozen years ago.   Enter Doctor Karim Khan (MD / PhD), currently of the University of British Columbia’s School of Kinesiology (human movement).

In the June, 1999 issue of a New Zealand medical journal (Sports Medicine), Dr. Khan published Histopathology of Common Tendinopathies. Update and Implications for Clinical Management.  In this article he had some rather interesting things to say concerning this issue of Tendinitis or Tendinosis (these quotes are cherry-picked from the abstract).  Tendon disorders are a major problem for participants in competitive and recreational sports. The literature indicates that healthy tendons appear glistening white to the naked eye and microscopy reveals a hierarchical arrangement of tightly packed, parallel bundles of collagen fibres that have a characteristic reflectivity under polarized light.  In stark contrast, symptomatic tendons in athletes appear grey and amorphous to the naked eye and microscopy reveals discontinuous and disorganized collagen fibres that lack reflectivity under polarized light.  There is more information and pictures of this phenomenon in some of THESE ARTICLES.

After going on to talk about several differences in the cellular matrix of the damaged tendon as compared to the healthy tendon, Dr. Khan states that, “The most significant feature is the absence of inflammatory cells.”  Why is this a big deal? Why does it really matter in our advanced age of pharmaceutical intervention? Listen to his conclusions.

“These observations confirm that the histopathological findings in athletes with overuse tendinopathies are consistent with those in tendinosis — a degenerative condition. This may have implications for the prognosis and timing of a return to sport after experiencing tendon symptoms. As the common overuse tendon conditions are rarely, if ever, caused by ‘tendinitis’, we suggest the term ‘tendinopathy’ be used to describe the common overuse tendon conditions. We conclude that effective treatment of athletes with tendinopathies must target the most common underlying histopathology, tendinosis, a noninflammatory condition.”  Here’s the thing folks.  The same thing is true in non-athletes with overused tendons.  In other words, this can happen as the result of a repetitive job.
The truth is, I could continue on with this theme ad nauseum.  Dr. Khan alone has been involved in dozens upon dozens of similar studies — research with names like, 2000’s “Overuse Tendinosis, Not Tendinitis Part I: A New Paradigm for a Difficult Clinical Problem“, 2003’s “The Treatment of Resistant, Painful Tendinopathies Results in Frustration for Athletes and Health Professionals Alike“, or 2003’s “The painful Non-ruptured Tendon: Clinical Aspects“.  This is just the tip of the iceberg as far as Khan’s work in this area (HERE).  The bottom line is that the tendon problems we call “Tendinosis” are not Inflammatory and should not be treated as such.   What is the single most common treatment option for Tendinopathies?  I’ll let someone more knowledgeable than O answer that one.

In the words of the acclaimed St. Louis physician, Dr John G Kellett (who passed away just a few days ago), “Use of these drugs [NSAIDS], if given, should be restricted to a maximum of three days following injury. Any anti-inflammatory action lasting beyond this period would, theoretically, at least be detrimental since the repair mechanism (phase 2 of healing) is itself an inflammatory process.  Little data exist to support the routine use of NSAIDs in athletes with acute pain syndromes (despite advertisements extolling their benefits)” (“Acute Soft Tissue Injuries: A Review of the Literature” 1987).  To get a better handle on why he says only three days tops for anti-inflammatory drugs, read THIS PAGE.

In light of the way that most of you have been treated by your physicians for your tendon problem, what does all of this tell you?  Other than letting you know that EVIDENCE-BASED MEDICINE is a pipe-dear  Only that most physicians are decades behind the most current research — something I have talked about at length in the past (HERE).