CHALLENGE A FRIEND AND HELP EACH OTHER THROUGH THE HOLIDAYS BECAUSE…
WHAT DO YOU REALLY WANT OUT OF LIFE? 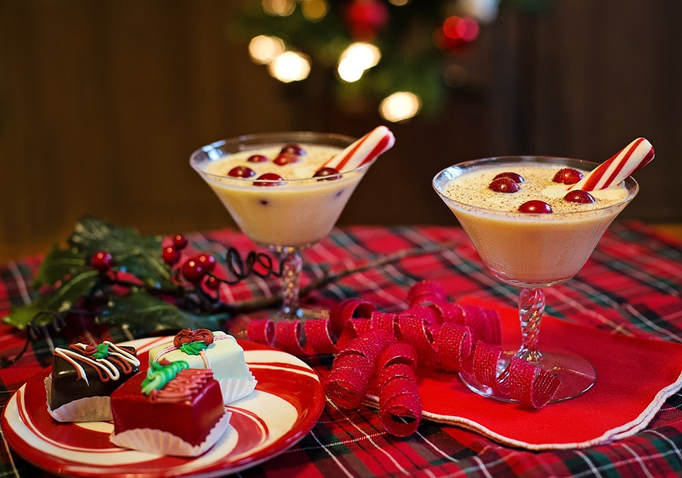 Jill Wellington – Michigan/United States – Pixabay
Who doesn’t love the holidays?  You know; chestnuts roasting on an open fire.  Family and friends gathered together to share great times with holiday goodies.  In fact, it seems like during this time of the year there is one gathering after another to go to, and there are always lots of Holiday / Christmas Treats.  You always tell yourself that this year you’re going to be better.  This year you’re going to keep it under control.  You’re going to stop at one or two cookies — and maybe a glass or two of eggnog.  Unfortunately, this is easier said than done.  For far too many people, one taste of ‘sweet’ can release the ever-lurking SUGAR ADDICT in even the mildest mannered of persons; turning on the part of the brain that will do almost anything to get the next fix.  That’s right; sugar is America’s DRUG OF CHOICE.  And once the fire is lit, it can rapidly become an inferno that defies dousing — destroying you and your health in the process.

If you are one of the tens of millions of Americans suffering from FIBROMYALGIA or any one of the health-related Endocrine (hormonal) problems found on ENDOGUT, (DIABETES, OBESITY, THYROID, FEMALE PROBLEMS, etc, etc, etc), I would bet good money that you are a SUGAR / CARB ADDICT.  And if you are, the old Lays Potato Chip slogan “Betcha can’t eat just one” almost certainly applies to you.  So you go through the holiday season telling yourself that the repeated binges and constant snacking are OK — you’ll pull it all together in a couple of months with a New Year’s Resolution.  Of course 2013’s resolution is going to look suspiciously similar to the resolution you broke earlier this year.  Almost identical to the one you broke the year before that, the year before that, and the year before that as well.  I think you get the picture.

I know that most of you are reading this because you are worried about your weight.  But for a moment, let’s forget about weight.  Let’s just talk about the ways that sugar can affect your health.  I’ll make you a promise.  You pick out almost any disease that you can think of and I will show you multiple peer-reviewed scientific studies tying it to UNCONTROLLED BLOOD SUGAR (frequently associated with the consumption of processed grains).  When you really start digging into the research that has been coming out of the medical field for the past decade or so, it’s downright scary, and goes way beyond DIABETES.  What may be even more scary is that most doctors are ignoring it.  Follow along as I take you on a trip to the past.

The massive over-consumption of sugar and processed grains has become AMERICA’S NUMBER ONE HEALTH PROBLEM.   Oh, I see — you are unaware of this.  You have a doctor that is still telling you to avoid things like RED MEAT / ANIMAL FAT, SALT, eggs (CHOLESTEROL), and who-knows-what else if you want to LOSE WEIGHT and get healthy.   Sounds to me like your doctor needs to step into the 21st century (HERE)!   It’s processed foods and junk carbs that are destroying the health of our country.   And there is abundant amounts of hard evidence to back this up (HERE).

Do not make the mistake that numerous people make in their youth (HERE).  You think that just because you are not gaining weight, you are getting away with your crappy eating habits.  In other words, you think that this Blog Post does not apply to you.  Sorry; it does not work that way.  Sooner or later you will pay the price.  The damage done by poor food choices is accumulative.  It adds up over time.  If you stand in a public place (or go to a high school reunion) and simply look around you, you’ll quickly realize just how many people are paying that price already — even many of those you think look healthy because they are SKINNY.  If you are having trouble understanding what I am trying to convey to you, simply go back and re-read the previous paragraph.

Friends don’t let friends drive drunk.  And friends don’t stand idly by watching while those that they love and care about decimate themselves with the foods they choose to put in their mouth!  Find a friend you can trust — someone who has the same desire to make changes that you do; and present them with a challenge.  I really don’t care what the challenge is.  Maybe you want to actually lose weight over the holiday season (that’s a toughie).  Maybe your goal is not to gain any weight this holiday season.  Maybe you want to be more consistent with your workouts.  Maybe you just need an accountability partner  Whatever it is, make it real.  Cement it.  I’ll share with you one way to do this by telling you a story.

My best friend’s name is Rick.  The first time I met Rick I was working at Camp Wood in the Kansas Flint Hills —- about 2 miles from the house I grew up in.  I was 19, Rick was 17, and he had been invited by our camp’s director to work the big Wrestling Camp.  The camp was actually being run by Oklahoma State and there were several All Americans and even a couple of National Champions there (the Smith Brothers — need I say more).  Needless to say, the whole place was just oozing testosterone.

One afternoon Rick was helping teach a clinic, and I happened to stop by to watch even though I was not a wrestler myself.  At the time I was not overly impressed.  Even though Rick was supposed to be this stud wrestler, he was sort of scrawny and hollow chested and I was thinking to myself that I could take him.  Somehow, I was issued a challenge by someone to wrestle Rick, and although I had not wrestled since junior high, I figured that I could hold my own because besides being an athlete, I was seriously into powerlifting and was throwing around some heavy iron at the time (500 lb squats and deadlifts, and almost a 300 lb bench).

My goal was to simply ‘overpower’ Rick (whom I am embarrassed to say I probably outweighed by 40 lbs) and use sheer force to control him.  Needless to say, he kicked my butt — royally — all over the mat.  In fact, he almost killed me.  I realized from about the first 10 seconds of our match that I was dramatically over-matched and outclassed.  And from that time forward we were best friends.  I later felt some degree of redemption as I watched Rick go on to become an undefeated State Champion (155 lbs) for the most legendary wrestling program in the state of Kansas (Emporia High) as well as being named the Kansas State High School Athletic Association’s “Wrestler of the Year”.  In fact, Rick was good enough to put himself through four years at SMS (Springfield, MO) via a wrestling scholarship.

Rick eventually earned a masters degree in Experiential Education and worked for a few years at Cameron Boy’s Camp before moving up to the Executive Director position of several large YMCA Camps, including Camp Wood, Camp Classen near Davis Oklahoma, and currently, at Camp Greenville (Pretty Place) in the mountains above Greenville, South Carolina.  Running these huge camps takes an incredible amount of time and energy — early mornings and late nites — oftentimes with a high level of stress involved.  It often leaves little time for family life, let alone exercise or making eating healthy.  Needless to say, year after year of this sort of lifestyle can take a toll.  We were discussing this the other day when Rick lamented how addictive sugar is.  I concurred and issued him a challenge, letting him set the rules and prizes.  The loser makes a $100 donation to the charity of the winner’s choosing, in the winner’s name.  You may want to start exercising you writing muscles Rick!

On the first weekend of January, just days before my Cats play for the National Championship (crossed fingers), we are going to throw some pics up on my website.  As I have told my readers previously, pictures don’t lie (I already told Rick not to try Photoshopping his head onto Arnold’s body).  Since we cannot really do a long distance Cross Fit head-to-head challenge, pictures will have to do.  Whomever he chooses will judge the results (the pics will be on a password-only page).  Rick wrote me the other day to say that his “level of motivation could not be higher“.  We’ll see pal.  Lock and load baby because I’m rising to the challenge!  I refuse to be stopped — not even by Christmas Cheesecake.

Seriously; it all boils down to what you really want out of life.  Is a two month ‘Holiday Goodies’ binge more satisfying than staying fit and healthy?  That’s a question you’ll have to decide for yourself.  I would assume that most of you would verbally answer “no“.  The problem is that too many of you are saying “yes” by your actions.   Help two people out this holiday season — yourself and the person you challenge!  And have some fun with it along the way.  Passing up Eggnog Cheesecake is never easy.  But the rewards are worth it.

AN UPDATE ON THE HOLIDAY CHALLENGE