the latest on the flu vaccine: one more reason to decline it again

WHY YOU REALLY DON’T WANT ANOTHER FLU SHOT 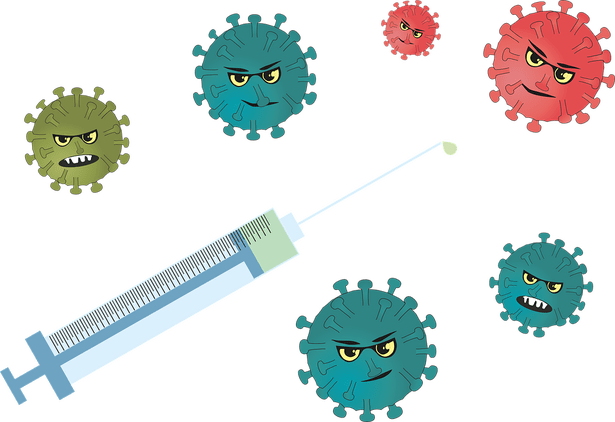 “Recent studies show vaccine can reduce the risk of flu illness by about 50-60% among the overall population during seasons when most circulating flu viruses are like the viruses the flu vaccine is designed to protect against.  During years when the flu vaccine is not well matched to circulating viruses, it’s possible that no benefit from flu vaccination may be observed.  Older people with weaker immune systems often have a lower protective immune response after flu vaccination compared to younger, healthier people. This can result in lower vaccine effectiveness in these people.  Between 80% and 90% of flu related deaths have occurred in people 65 years and older.“  Cherry-picked from the CDC’s website (Vaccine Effectiveness – How Well Does the Flu Vaccine Work?)

“Get your Flu Shot.”  The constant message of the CDC and virtually all medical organizations and doctors.
Another of the many dirty little secrets of the medical field, has to do with the efficacy of ANNUAL FLU VACCINATIONS.  In a good year, they prevent Flu as little as 50% of the time.  In a bad year (LIKE LAST YEAR, whose effectiveness was actually way over-estimated in this post) they are not much better than 0% effective.  No matter how you slice it, whether you get a 0% or a 50% on the final exam in your science class, you should plan on repeating the course.  And now we have this to think about.

Seventeen years ago next month, the journal Vaccine (The Plea Against Annual Influenza Vaccination? ‘The Hoskins’ Paradox’ Revisited) began their paper’s abstract by reporting that, “Three papers by Hoskins and collaborators published in The Lancet in the 1970’s, have been challenging the common policy to annually vaccinate people at risk with inactivated influenza virus vaccine.”  Although these studies were “discredited” (what did you expect?), a year later, several doctors writing for the Proceedings of the National Academy of Sciences of the United States (Variable Efficacy of Repeated Annual Influenza Vaccination) wrote that, “the antigenic distance hypothesis offers a parsimonious explanation of the differences between and within the Hoskins and Keitel studies.”  In plain English, this means that the parts of the vaccine that don’t change from the previous year’s vaccine (flu vaccines are made up of three different strains of flu virus that CDC officials think might be prevalent the following year), are not as effective.  Enter Dr. Edward Belongia of Wisconsin’s Marshfield Clinic Research Foundation (Wisconsin’s biggest medical and biotech research company).

Just one short year ago, Belongia was part of the team who concluded in Clinical Infectious Disease (Effectiveness Against Influenza A(H3N2) and B During 8 Seasons) that, “Current- and previous-season vaccination generated similar levels of protection, and vaccine-induced protection was greatest for individuals not vaccinated during the prior 5 years.”  In other words, if the Flu Shot provided immunity, it was likely to provide it for two years — but only in those who had not had the shot in the previous five.  Those who had annual (every year) Flu Shots had less immunity.  He put it this way in an interview done for the online medical news source, STAT, “The vaccine was significantly more effective … if they had not been vaccinated in the previous five years.”  Suffice it to say that actually publishing these sorts of findings in a peer-reviewed journal does not earn you brownie points with BIG PHARMA.

Think about it for a moment.  It’s a terrible combination — poor efficacy at its best, and a SIDE-EFFECT PROFILE that is being COVERED UP / SUPPRESSED at the highest levels.  On top of this, the most up-to-date research tells us that side effects of all medications and vaccines are at least 10 times worse than what’s actually reported (HERE) —- all for a common illness that is frankly, not dangerous to healthy individuals (HERE).  (If you want to understand who dies from the flu, read the link)

Having just wrote a post on what it takes to heal a damaged Gut (HERE), you should be aware that numerous studies (HERE for instance) link many of the problems associated with vaccine injury to the damage they cause your MICROBIOME (HERE, HERE, and HERE are three more).  My suggestion; if you are not into MERCURY, think long and hard before going to get your Flu Shot this year —- even though it’s again predicted to be the WORST YEAR EVER.  Particularly in light of the fact it has been proven we cannot trust the research being done on THESE SORTS OF PRODUCTS.

Dr. Schierling is licensed chiropractor and world-renowned for intervention with persistent chronic pain. Dr. Schierling focuses on a holistic approach to helping end his patients’ chronic pain that includes Scar Tissue Remodeling Therapy.
All Posts »
PrevPreviouswhat it takes to heal the gut
Nextdoes the flu shot really protect the elderly from the flu?Next