this week in flu propaganda: one more reason our government can’t be trusted concerning vaccines

THIS WEEK IN FLU PROPAGANDA:  TRUST OUR GOVERNMENT’S MEDICAL EXPERTS?  NOT A CHANCE! 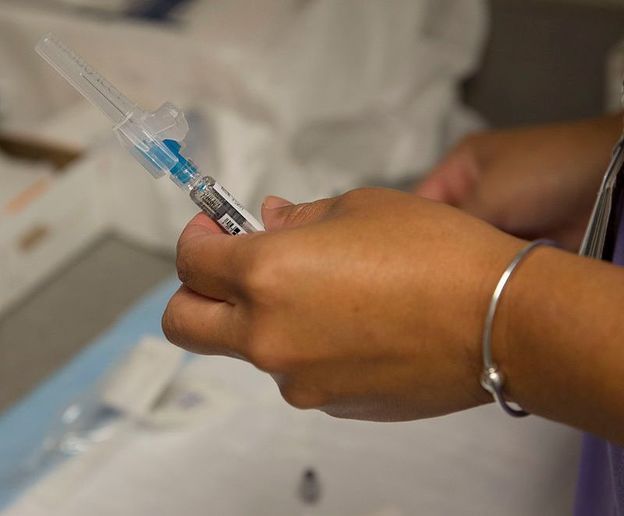 “Since the outbreak of 2009A/H1N1 influenza, antivirals, including Tamiflu, were recommended by the World Health Organization (WHO) and by US Centers for Disease Control (CDC) and their use has become popular worldwide.  After the pandemic, antivirals are continuing to be recommended as effective and safe drugs despite insufficient evidence of efficacy, effectiveness and safety on reduction of complications, and no evidence that Tamiflu could reduce mortality in a systematic review….

Causal associations between Tamiflu and sudden death or abnormal behavior have been denied by WHO, however evidence indicating association with these events are accumulating. One prospective cohort study reported five to seven-fold increased risks of delirium and unconsciousness during the early phase of influenza infection by Tamiflu use. These results are consistent with the findings from case series and preclinical findings.

Results show that Tamiflu is associated with a six-fold increase in sudden deterioration leading to death…. These results are consistent within all age groups and various baseline characteristics including the patients’ risk factors.”Cherry-picked from a 2011 issue of the International Journal of Risk and Safety in Medicine (Oseltamivir and Early Deterioration Leading to Death: A Proportional Mortality Study for 2009A/H1N1 Influenza)

It’s not like I really want to do another POST ON FLU SHOTS, but with the stupidity our government continues to dole out, I can’t help myself.  On the way in to work Friday I heard two interesting tid bits on the national news, both in the same segment.  The first was about getting Highway 101 in California opened back up (mud slides) so authorities could get food, supplies, and “much needed flu vaccine” to those who had lost their homes. Huh? This year’s vaccine is admittedly 10% effective (see next link).  Why would anyone in their right mind give a rip about flu vaccine in light of the catastrophe they’ve been through?

Secondly, there was a story about THIS BEING THE WORST FLU SEASON in a decade, even though it’s easy to find any number of stories saying that we’ve actually gotten off easier than expected this year (of course there was a reminder to get that Flu Shot if you haven’t already done so).

But the piece that really caught my eye came from one of the many ‘medical dailys’ that I get in my inbox every morning.  Medpage Today carried a story (it would be more accurate to call it a propaganda piece or advertisement) called This Flu Season, Don’t Forget About Tamiflu.  The article was the transcript of a short video by one Arnold Monto, a Professor of Global Public Health and Epidemiology at the University of Michigan (his stated area of interest and expertise, “prevention and treatment of influenza“).   Here are a few of the cherry-picked highlights of the transcript of his video.

“Despite recent controversies about its effectiveness, clinicians should not forget about using the antiviral, oseltamivir (Tamiflu), to help shorten the course of influenza among patients during the coming flu season.  What’s happening is that we are about to have an influenza outbreak, or it’s already starting. We know that this influenza outbreak in the U.S. is mainly H3N2, which is the one that’s the most severe in terms of causing severe morbidity and mortality.

We also know that the vaccine doesn’t work as well against this kind of influenza, and what we really need to remember is that we should be using Tamiflu as the one licensed antiviral that we have which is commonly available.  We should not hesitate to use what we’ve got because these drugs are not super drugs.”

Although, as you will soon see, the last part of the last sentence is an understatement of epic proportions, Monto went on to talk about the “strong” recommendations by the CDC for Tamiflu, as well as the “controversy between two journals in terms of how they view Tamiflu“.  That would be two of the oldest and most prestigious journals on the planet — the Lancet and the British Medical Journal.  We’ll talk about these in a moment, but allow me to throw a third entity into this scrum.

Although it’s not a journal, COCHRANE (a loosely-knit group of about 40,000 physicians, scientists, and researchers from around the globe) is considered the gold standard for taking large amounts of data from dozens — or even hundreds — of similar studies, throwing it all together, and then “crunching the data” so as to make sense of it all, with an objective of coming to some useful “evidence-based” conclusions.

The point of today’s post is to warn you to take everything (even what you read on my site) with a grain of salt.  As an example of what I’m talking about, I’d like to provide you a timeline, along with some highlights of the studies and stories that were published over the past couple of decades concerning the multi-billion dollar drug known as Tamiflu and its relationship to Dr. Monto — the above-mentioned researcher / physician.  Bear in mind that Dr. Monto is widely considered one of the leading experts in Flu Vaccines and antiviral medications in the United States, and possibly the world.

“An ‘independent’ body will assess requests for patient-level data on drugs that have completed the regulatory review process in the US and the EU, which may be released upon agreement starting this year. Roche invited other pharma players to consider whether this could be an industry-wide initiative. However it is also worth noting that the four-man ‘independent’ body includes three consultants who have all received consulting fees from Roche in the past.

Pharmalot originally uncovered this development, stating that Albert Osterhaus, Arnold Monto and Richard Whitley have all worked with the company previously, raising the question of whether this panel is truly independent and leading some to ask whether this is a victory for clinical trial transparency at all.

The Cochrane Collaboration and the British Medical Journal launched in 2009 a campaign to access data from all the trials for independent assessment, and despite a promise made by the company in December that year to make ‘full study reports’ available, none of them have been released to date.”

“The CDC has postponed plans to hold a teaching session today on the public health response to a nuclear detonation. Today’s grand rounds session will instead focus on the severe flu season. Health officials want to prep public health professionals on how to reduce the spread of seasonal flu and deal with medicine shortages due to high flu rates in some communities. Hospitals in many parts of the country have been swamped in recent weeks as a severe flu season has taken hold, spurring concerns about whether hospitals are prepared for the next flu pandemic.”

There really is nothing new under the sun — it’s all recycled madness.

If you want to read more on the subject, information abounds online.   I’ve shown you time and time again that when crazy big money is at stake, things frequently turn into a no-holds-barred Texas Death Match.  It’s really no different than the government’s efforts (both here and in Mexico) to take out the drug cartels.  The problem is that the money is so big that if you cut off one of Hydra’s heads, two others take it’s place.

The biggest difference is that posts like today’s deal with cartels that are completely legal.  Until they get caught.  Scratch that.  About the most these folks can ever expect is a slap on the wrist (maybe) and possibly some scorn from a small segment of their peer group who sees them as industry shills.  But what can you say?  It’s the nature of so much of today’s oxymoronically-named EVIDENCE-BASED MEDICINE.

Dr. Schierling is licensed chiropractor and world-renowned for intervention with persistent chronic pain. Dr. Schierling focuses on a holistic approach to helping end his patients’ chronic pain that includes Scar Tissue Remodeling Therapy.
All Posts »
PrevPreviouswhy “boosting” yo﻿ur immune system can be risky business
Nextthickened fascia: what, where, why, when, and how to solveNext