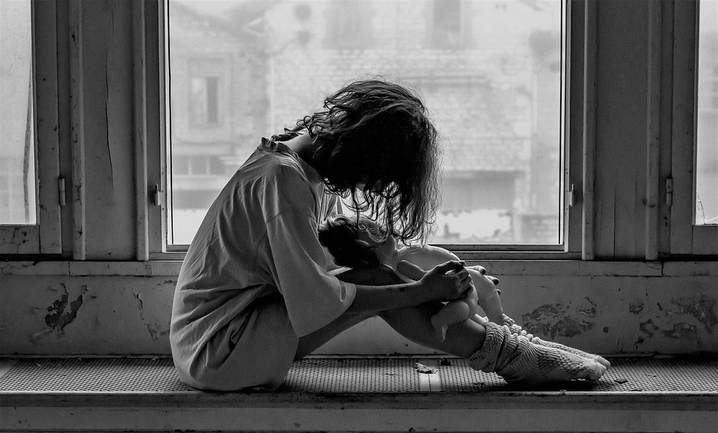 “Fibromyalgia is a syndrome characterized by chronic generalized pain in addition to different symptoms such as fatigue, sleep disturbances, stiffness, cognitive impairment, and psychological distress.  Different drugs are recommended for the treatment of fibromyalgia by different published guidelines, although only three of them have been approved for this indication by the US FDA, and none have been approved by the European Medicines Agency.  None of the currently available drugs are fully effective against the whole spectrum of fibromyalgia symptoms, namely pain, fatigue, sleep disturbances and depression, among the most relevant symptoms.”  From the abstract of a paper found in this June’s issue of Expert Opinions on Pharmacotherapy (An Update on Pharmacotherapy for the Treatment of Fibromyalgia)
If you are interested in avoiding a diagnosis of FIBROMYALGIA — or getting off of ineffective drugs if you have already been diagnosed —- there are some very specific things you should be doing.  One of the first of these is to avoid stress.  I realize that not all stressful situations can be avoided, but let’s first make sure you understand the definition of the word as it pertains to health.  Back in 1936, Hans Selye used the word ‘stress’ to describe a phenomenon seen in his experiments.  After subjecting lab animals to a barrage of noxious stimuli (bright lights, loud noises, temperature extremes, confusion, etc, etc) he discovered that they came down with a veritable cornucopia of diseases that could potentially affect any of the dozen or so body systems.

Although we might not be subjected to the same types of stressors as Dr. Selye’s animals were, the stressors we are subject to today are both severe and plentiful.  While we tend to think of “stress” in terms of things like worrying about financial matters, marriages, or parenting difficulties, it encompasses much more than that.  What about DIETARY STRESS?  Most people today are living a HIGH CARB LIFESTYLE that leads to a wasteland of CHRONIC INFLAMMATORY DEGENERATIVE DISEASES. How about physical stress?  This could be illnesses themselves, CHRONIC INFECTIONS, VEHICLE ACCIDENTS, injuries of all types, trauma, ABUSE, strenuous or repetitive work, over-training in the gym — particularly doing to much cardio work (see our CARDIO-VS-STRENGTH posts), and even VACCINATIONS.   The point is that there are any number of ways that people develop stress reactions.

Why is this important to know?  Because stress creates significant responses in the Adrenal Glands. This is why Fibromyalgia was, and still is in certain circles, known as ADRENAL FATIGUE.  And because the Adrenal Glands are part of the bigger ENDOCRINE SYSTEM (THYROID, SEX HORMONES, HYPOTHALAMUS, etc, etc), their intricate nature is that throwing one area off kilter is going to throw others off as well.  According to a recent overview on the Endocrine System as it relates to the Adrenal Glands (Fibromyalgia by Endocrinologists Kaltsas and Tsiveriotis), “there is substantial data indicating that the HPA axis (Hypothalamo-pituitary-adrenal axis) functions abnormally in fibromyalgia.”

In this article, they deal fairly extensively with something called Sympathetic Dominance.  In SYMPATHETIC DOMINANCE (yes, it can be measured — HERE), the “fight-or-flight” part of your brain and nervous system is engaged much more than it should be (often times, all the time), causing a very specific set of symptoms.  In fact, later on these authors make the statement that, “Sympathetic hyperactivity… or parasympathetic underactivity has been described in fibromyalgia.”  We saw this plainly in a brand new study from the Journal of Clinical & Experimental Rheumatology (The Relationship Between Sympathetic Activity and Pain Intensity in Fibromyalgia) that was looking for “anti-adrenergic agents” (drugs against the Adrenal System).   If you are really interested in seeing what’s going on with your Adrenal Glands, you need to have an ASI Saliva Test run (Adrenal Stress Index).

In fact, the whole I-don’t-sleep-well thing is related to Fibromyalgia in more ways than one.  A study from last month’s issue of National Reviews; Rheumatology (The Role of Sleep in Pain and Fibromyalgia) had some interesting things to say about sleep and Fibro.  “Sleep deprivation in healthy individuals can cause symptoms of fibromyalgia, including myalgia, tenderness and fatigue, suggesting that sleep dysfunction might be not only a consequence of pain, but also pathogenic. Epidemiological studies indicate that poor sleep quality is a risk factor for the development of chronic widespread pain among an otherwise healthy population. Mechanistically, sleep deprivation impairs descending pain-inhibition pathways that are important in controlling and coping with pain.”  Did you catch that?  An inability to sleep is not only a sign of Fibro, but can actually cause Fibro as well!

Despite all of this (and just like we see with NON-CELIAC GLUTEN SENSITIVITY and FOOD / SUGAR ADDICTIONS), there are still those out there — physicians included — who believe Fibromyalgia to be a “made up” disease.  Granted, in similar fashion to “ARTHRITIS” in years gone by, Fibromyalgia has become a “bucket” diagnosis.  You know; not sure what’s going on?   Throw it in the bucket labeled “Fibro” and move on to the next patient.  We realize this is still a problem when you have the a major neurosurgeon’s journal (World Neurosurgery) publishing articles like

Is Fibromyalgia a Real Pathology? which is exactly what happened only two months ago.

As a side note to this issue of Fibromyalgia, you’ll see over and over in the scientific literature that it is not considered to be “INFLAMMATORY” because it is not characterized by local Inflammation.  While I can buy this, rest assured that it is certainly characterized by systemic Inflammation.  In case you are interested in learning the difference, take a look at THIS POST.

We can sit here all day and talk about Fibromyalgia, but we need to get down to where the rubber meets the road.  What can we do to fix it?  Or at least address it — as opposed to using drugs to cover its symptoms?  You might think that the medical community and BIG PHARMA might be more interested in this, but then again, that would cut into their profits.  Profits you say?  This month’s issue of Pain Practice (

The Comparative Burden of Chronic Widespread Pain and Fibromyalgia in the United States) concluded that, “Fibromyalgia subjects were characterized by the greatest disease burden with more comorbidities and pain-related medications, poorer health status, function, sleep, lower productivity, and higher costs.”  But that’s the point isn’t it?  The only “costs” that Big Pharma is wanting to cut are their own.  They want you, private insurance companies, and the government (Medicare / Medicaid) to spend maximum dollars for this and other problems.
. 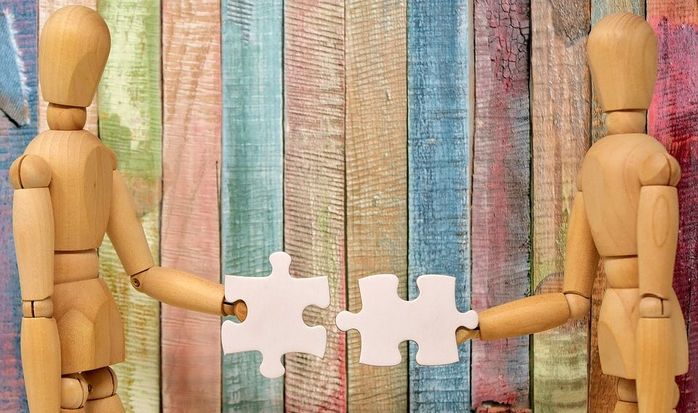 When it comes to you women solving Fibromyalgia (according to a 2010 study in Arthritis Care & Research, women are 9 times more likely than men to have Fibro), the medical community thinks they have it figured out.  Firstly, they truly believe that there is nothing you can really do to get better.  In other words, there really is no solution.  Anything you do is going to be based purely on symptomatic relief.  Secondly, this always involves drugs.  Lots of drugs.

According to the 2013 position paper by Kaltsas et al, “

A wide range of drugs has been used in the treatment of fibromyalgia including antidepressants, sedatives, muscle relaxants and antiepileptic drugs. NSAIDS and opioids, although often prescribed for fibromyalgia, are not an effective form of treatment. Since therapeutic responses are rarely durable, physicians should not be surprised when the initial efficacy of a medication is abolished.”  In other words, take all the ANTIDEPRESSANTS, Sedatives (SLEEPING PILLS and VALIUM), ﻿MUSCLE RELAXERS﻿, NSAIDS, anti-seizure drugs, and NARCOTICS you want, but according to decades of research, they’re not going to be overly effective in the first place.  And if they are considered “effective”, those effects won’t last long because as the study says, they are not “durable“.

Common Questions About the Diagnosis and Management of Fibromyalgia) saying that, “Opioids should be used to relieve pain in carefully selected patients only if alternative therapies are ineffective.”  Alternative Therapies….   There are those within medicine that ABSOLUTELY DESPISE those words.  But what do they really mean?  In other words, what kinds of “Alternative Therapies” are available for those struggling to cope with Fibromyalgia that your doctor is surely not telling you about?  While certainly not comprehensive, the list below constitutes a number of popular ‘alternative’ therapies for Fibromyalgia.

As always, I would recommend a systemic holistic (natural whole-body) approach to dealing with Fibromyalgia.  HERE it is (because you absolutely cannot forget about GUT HEALTH).  And one last thing.  According to the scientific literature, it’s not that natural therapies don’t work.  It’s that the experts don’t understand how they work.  Case in point, the abstract of an Italian study published in the December, 2013 issue of Clinical and Experimental Rheumatology (Complementary and Alternative Medicine in Fibromyalgia: A Practical Clinical Debate of Agreements and Contrasts).  After telling us what Fibromyalgia is, they reveal the truth drug-based and non-drug-based therapies.

“Many therapies have been proposed over recent years with mixed results, including various pharmacological therapies for the treatment of symptoms; but there is still no effective drug treatment for the syndrome itself. Non-pharmacological therapies are an important part of the treatment, and there is evidence supporting a number of interventions, including aerobic exercise, strength and stretching training, cognitive-behavioral therapy, and patient education. Complementary and alternative medicine (CAM) techniques have not yet been fully acknowledged by scientific medicine because little is known about their mechanisms of action and usefulness.”

Look carefully folks.  The drugs (“pharmacological therapies“) don’t work (“still no effective drug treatment“).  If you are still locked into the whole ‘drug’ route for dealing with Fibro, you need to formulate a plan to change things.  Why?  Because, “Non-pharmacological therapies are an important part of the treatment, and there is evidence supporting a number of interventions.”  Who gives a rip if they don’t know the exact mechanism for alternative therapies?  We don’t really understand the mechanism of action of a significant percentage of the drugs on the market today. The one thing we do know is that they ARE DANGEROUS. The bottom line is that while the bullet points above might not provide solutions or relief for all Fibro sufferers, a quarter century of experience tells me that most of you will get positive results by following this or a similar protocol — without any of the nasty (and UNIVERSALLY UNDER-REPORTED) side effects of the drugs.

Dr. Schierling is licensed chiropractor and world-renowned for intervention with persistent chronic pain. Dr. Schierling focuses on a holistic approach to helping end his patients’ chronic pain that includes Scar Tissue Remodeling Therapy.
All Posts »
PrevPreviousvaccinations and the relationship to fibromyalgia
Nextcentral sensitization and your chronic painNext