central sensitization and your chronic pain

CENTRAL SENSITIZATION
WHAT IS IT AND WHAT CAN BE DONE ABOUT IT? 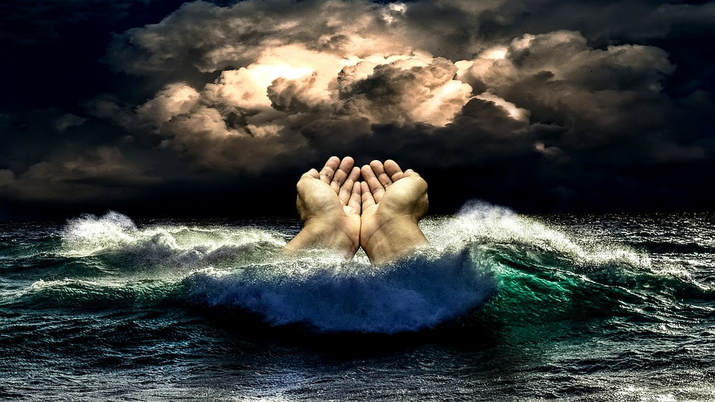 Pain.  No one enjoys it; particularly if the pain is “chronic” (long-standing — something that you just cannot get away from) and severe.  I’ve spent a great deal of my time trying to educate you about the thing we call “INFLAMMATION“.  Not only is Inflammation intimately (causally) related to most of the disease process that you are FAMILIAR WITH (along with most that you aren’t), it is at the root of any number of brain / neurological dysfunctions as well.  What happens now when we have INFLAMMATION OF CERTAIN PARTS OF THE BRAIN?   All too often the result is a problem known as “Central Sensitization” or CS.

Unfortunately, Chronic Pain and Inflammation can actually change the way that your Central Nervous System works so that you become hyper-sensitive when it comes to pain.  although it has been referred to by many different names over the years, this phenomenon is now known as Central Sensitization.  The hallmarks are having pain responses to things that would not otherwise cause pain in a normal individual (Allodynia) or having massive pain responses to things that others might find mildly painful (Hyperalgia).   And where normal folks pain response rapidly diminishes once the noxious stimulus is removed, individuals with Central Sensitization are likely to have a lengthened pain response as well, as the CNS tends to stay ‘fired up’.

According to the ground-breaking work by famed neurobiologist Clifford Woolf, there are any number of “diseases” that are commonly linked with Central Sensitization.  Probably the most common is FIBROMYALGIA.  However, FACE PAIN (including DENTAL PAIN & TMJ), SKULL PAIN, HEADACHES, MIGRAINES, CHRONIC TRIGGER POINTS, DJD, POST-SURGICAL PAIN, NEUROPATHY, RA, Viceral (organ) Pain (think Abdominal Pain of an unknown origin here), IBS, Complex Regional Pain Syndrome, and any number of others, including what he refers to as, “Miscellaneous Musculoskeletal Disorders”.  Not only have we put names to any number of these (HERE), but we’ve known for years that many — maybe even the majority —- are never figured out (HERE). As you can see, many of these start with injuries of some sort.  In the conclusions of his seminal paper (Central Sensitization: Implications for the Diagnosis and Treatment of Pain) Dr. Woolf says the following.

“While considerable progress has been made in teasing out the cellular and molecular mechanism responsible, much remains still to be learned, particularly which genetic and environmental contributors increase the risk of developing central sensitization in particular systems, exactly what triggers and sustains the phenomenon, and what is responsible in some individuals for its persistence. Nevertheless, the identification of the contribution of central sensitization to many ‘unexplained’ clinical pain conditions has both provided a mechanistic explanation, and offered a therapeutic target.”

In reading through Woolf’s paper as well as several of the papers in the bib (nearly 300 sources), it seems to me that the common denominator in most cases of CS, whether ENVIRONMENTAL (this could / should include DIETARY STRESS), GENETIC, or Molecular), involves Inflammation.  It is critical that you figure out where your Inflammation is coming from.  Rather than re-invent the wheel here, I have provided you with a ﻿GENERIC LIST ﻿of things you can do to dry up a number of the sources of Inflammation.   If you are interested, you can take this “SELF TEST” to get an idea of whether or not you are inflamed.  Why is all this a big deal?

Not only are the things that cause Inflammation running rampant in our society, but so are the ways you can injure yourself.  One of the chiefest of this are MOTOR VEHICLE ACCIDENTS (MVA).  MVA cause whiplash associated disorders which are not only extremely common world-wide, but frequently lead to life-long problems.  Listen to part of the abstract of a study that was released in this month’s issue of Pain Physician (

Cognitive Performance Is Related to Central Sensitization and Health-related Quality of Life in Patients with Chronic Whiplash-Associated Disorders and Fibromyalgia).

A growing body of research has demonstrated that impaired central pain modulation or central sensitization (CS) is a crucial mechanism for the development of persistent pain in chronic whiplash-associated disorders (WAD) and fibromyalgia (FM) patients.  In conclusion, this paper has demonstrated significant cognitive deficits, signs of CS, and reduced health-related QoL (Quality of Life) in chronic WAD and FM patients compared to healthy individuals. Significant relations between cognitive performance and CS as well as health-related QoL were demonstrated.”

Should we be surprised?  Of course not.  Back in 2007, a study that was published in the Journal of Neuroscience (

Accelerated Brain Gray Matter Loss in Fibromyalgia Patients: Premature Aging of the Brain?) came to some rather freaky conclusions concerning this very issue.  “Accumulating evidence now suggests that fibromyalgia may be associated with CNS dysfunction. In this study, we investigate anatomical changes in the brain associated with fibromyalgia. Using [functional] MRI brain images, we examined the brains of 10 female fibromyalgia patients and 10 healthy controls. We found that fibromyalgia patients had significantly less total gray matter volume. The longer the individuals had had fibromyalgia, the greater the gray matter loss, with each year of fibromyalgia being equivalent to 9.5 times the loss in normal aging….   Fbromyalgia appears to be associated with an acceleration of age-related changes in the very substance of the brain. Moreover, the regions in which we demonstrate objective changes may be functionally linked to core features of the disorder including affective disturbances and chronic widespread pain.“

Hopefully you caught the part where women with Fibro (yes, it is predominantly a female disease) lose almost ten times the amount of grey matter as women without Fibro.  I would contend that these results could probably be extrapolated out to anyone dealing with any sort of CHRONIC PAIN.

In researching this post, I ran across Paul Ingrham’s 2011 article,

Pain Changes How Pain Works: Pain Itself can Change how Pain Works, Resulting in More Pain with Less Provocation (Sensitization).  In this article, Ingrham states, “Central sensitization is bad news, but worse still is how few health care professionals are aware of the neurology and make things worse with careless or even deliberately rough, no-pain-no-gain treatment. It’s bad enough that ignorance of central sensitization leads to wild goose chases and patients riding a merry-go-round of expensive and ineffective therapies, but many kinds of therapy are also quite painful — and can make the problem worse. With tragic irony, the most likely victims are also the most vulnerable and desperate patients, patients going through the therapy grinder, their hopes leading them right into the hands of the most intense therapists.”  One of the things he uses to defend this statement is studies concerning the fact that imaging studies don’t correlate areas of arthritis, degeneration, or other obvious problems, to a person’s pain.

He is right about the uselessness in ‘Advanced Imaging’ (or even plain old X-rays) in accurately finding or providing any meaningful correlation with a person’s pain — a subject I JUST WROTE ABOUT just the other day (or even HERE).  However, I think he may have gotten ahead of himself a bit as he concedes admits that,  “Another unfortunate gap in our scientific knowledge is that there are no clear criteria for diagnosing central sensitization. There is no easy lab test or checklist that can confirm it.   It could be present in nearly any difficult case of chronic pain, but it’s not a sure thing — the pain could still be coming from a continuing problem in the tissue, with or without central sensitization muddying the waters…..   Care for chronic pain of all kinds needs to soothe and normalize the nervous system — not challenge it with vigorous manipulations.”  Much of his article goes on to extol the virtues of “Pain Management” and the wide array of drugs that pain doctors are prescribing for people with Central Sensitization — even though there was no “confirmation” of the diagnosis..

Let’s be honest with each other for a moment.  HARDCORE PAIN MEDS and the typical arsenal of drugs used by Pain Physicians might prove soothing for awhile, but how many people do you know in Pain Management are shouting “Hallelujah” about their results — particularly over the long haul?  Not surprisingly, Ingrham believes that this is the best approach.  “Medications that work on the central nervous system are probably the most promising treatment for serious pain system dysfunction. Only a physician trained in the care of chronic pain can prescribe those medications. The best place to look for such a doctor is in a pain clinic — if you have serious chronic pain, you should start looking for one today.”  I would argue against this and say that the number one most important thing you could do for yourself is to learn everything you can about Inflammation, what it is, the myriad of potential causes, along with various non-pharmaceutical approaches to solving it (as opposed to NSAIDS and INJECTIONS).

Which Treatments can Help to Prevent or Reduce ‘Central Sensitization’ in Patients with Chronic Pain?).  The answer given by Dr. Jose Edurardo Martinez, a professor of Rheumatology at the School of Medical Sciences and Health of the Pontifícia Universidade Católica de São Paulo in Brazil was similar to what I have discussed any number of times, including my LAST POST.  “Unfortunately, there is not an ideal medicine to deal with this complex matter. If it is considered just the central sensitization, the most used medicines are the ones to enhance the central inhibitory descending pathways such the triciclics and dual anti-depressives and, on the other way, the modulatory drugs of the ascending pathways, such the pregabalin and gabapentin. The major problem, in my opinion, is how to control the input of continuous stimulus. For example, osteoarthritis is a major cause of chronic pain and even with a good control of the central mechanisms, the input of stimulus goes on. In this case, the non medicinal treatments, such as exercises and the periphery analgesics are important to maintain musculoskeletal health and with less pain. Even when we discuss the central sensitization, the non medicinal treatments have to be adopted, since there is no treatment that gives full solution for our patients. Other main issue is the association with depression and anxiety that amplifies the symptomatology.”  Interestingly enough, there were others on the same thread (also from the academic field) discussing things like NCGS, INCREASED INTESTINAL PERMEABILITY, and NEUROGLIA as major players in CS.  And let’s all be honest with each other for just a moment — surely by now we are all aware of just how ineffective ANTIDEPRESSANT DRUGS are; aren’t we?

The bottom line is that we have to do more than simply prescribe drugs (again, see yesterday’s post as this was the topic).  And unfortunately, unless you deal with underlying mechanical issues, the pain will continue to return no matter what you do.  Pretty soon you’ll find yourself living on Ingrham’s MEDICAL MERRY-GO-ROUND, if you’re not living on it already.

As far as harsh treatments go, ADJUSTMENTS should never be harsh.  But if there are “tissue restrictions” (FASCIAL ADHESIONS), I would contend that they have to be dealt with.  And because neither imaging nor labs will reveal whether the problem is “Central” or not, the treatment must be HARSH ENOUGH to solve the problem (or HERE).  I have any number of EXAMPLES on my site.  And the great thing is, you don’t have to do it over and over and over again, wondering if it’s going to help.  You’ll know if this approach is going to work in a single treatment (HERE).