a review of “what to eat now” (time magazine) by dr. oz 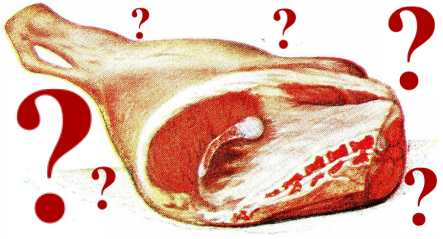 Let me start by saying that I like Dr. Oz.  For an M.D., I really like Dr. Oz.  He is conservative, and much of the advice he gives, albeit not all of it, is good. Some  of it is is nothing short of excellent.  Recently, he wrote an article for Time Magazine that reminded me of an classic Clint Eastwood movie.  It contained some good, some bad, and some ugly.

Unlike most medical doctors, who never give any real advice about nutrition, he admits that when he has patients, “lying on a gurney, about to have their chest opened with a band saw, the biggest reason was often the simplest:  the food they ate.”  He goes on to tell us that these specific foods are “Bad Fats“.  What are bad fats you ask?  According to Dr. Oz, “Bad fats generally include saturated fats (found in animal products), trans fats (found in hydrogenated and partially hydrogenated oils), and their cousin cholesterol (found in egg yolks, meats, and dairy products)“.  Interestingly enough, he seems almost confused by this when he tells us that, “Most people have little issue with their blood cholesterol levels after eating foods that that are relatively high in cholesterol.“  Even still, the good doctor touts the fact that he, “has performed more than 5,000 heart surgeries, and I recommend a diet low in saturated and trans fats to prevent the build up of arterial plaque.”  Equating Saturated Fats to TRANS FATS is terrible advice, not to mention, terrible science.  The truth is, on this matter Dr. Oz is behind the eight ball.  Let’s look at just two recent studies on this matter.

And when it comes to weight loss as well as blood chemistry values, which diet kicks the living daylights out of the others?  Study after study is showing  that Low Carb, Mediterranean Style diets (my favorite of these is PALEO) are not only the best for LOSING WEIGHT and maintaining weight, they are the best as far as normalizing one’s blood work.  Why is this?  It all comes down to a very simple principle —- CONTROL INSULIN LEVELS!

Dr Oz  mis-characterized low carb diets when he stated, “the much-relied-on meats can lead to inflammation and irritation, causing some physicians to worry about heart attacks and strokes.“  Part of this statement is true.  Much of it is not.  The truth is, most medical doctors are still living in the past — propagating the scientifically disproved “fat-free” or “low fat” diets of the 80’s and 90’s.  However, the food group that tends to cause the most INFLAMMATION is grain (this is a sacrilegious statement from an old Kansas wheat farmer).  Inflammation causes obesity.  If I want to fatten a beef, what do I feed it — meat or grain?  I grew up on a Kansas farm Dr. Oz, but I would guess that even a city boy like you could answer this question.  Yes, there are some good grains, but you had better be careful —- most are now and forever GMO (Genetically Modified Organisms).  Not to mention, the latest research is saying that somewhere between 1/3 and 1/2 of the US population is GLUTEN SENSITIVE.  Gluten Sensitivity has recently been linked to AUTOIMMUNITY.  Could be why a whopping 1 in 5 Americans suffers from some sort of Autoimmune Disease (some experts say 1 in 3).

The Dr. Oz article was not terrible by any means.  I really liked the picture of his “daily menu”.  However, I would say that it is a bit low on protein.  Remember, if you are really interested in loosing weight, you had better get significant protein at every feeding.

Dr. Schierling is licensed chiropractor and world-renowned for intervention with persistent chronic pain. Dr. Schierling focuses on a holistic approach to helping end his patients’ chronic pain that includes Scar Tissue Remodeling Therapy.
All Posts »
PrevPreviouskettlebell swings
Nextantibiotics overuse is killing the good bacteria that live in the gutNext