ARE YOU BLAZING YOUR FAMILY’S
HEALTH WITH ANTIBIOTICS? 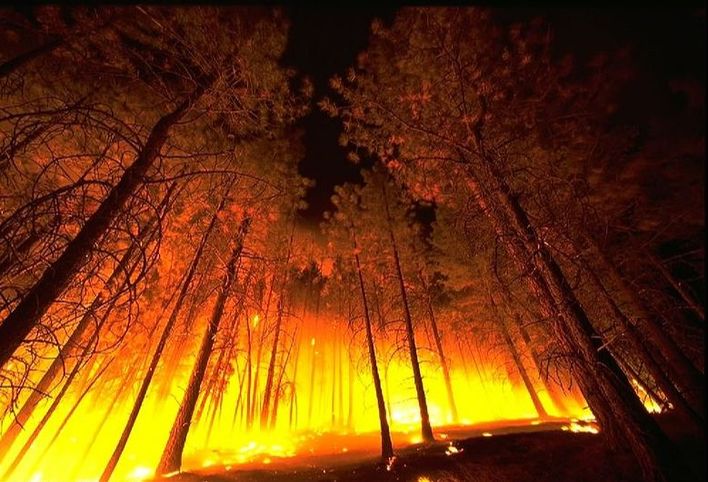 Dr. Martin Blaser is no dummy.  He received his M.D. degree in 1973 from the University of Colorado, and is a Diplomate of the American Board of Internal Medicine, with a sub-specialty in Infectious Diseases.  He is a researcher.  A microbiologist, whose chief area of interest lies in the﻿ HUMAN GUT,﻿ ANTIBIOTIC USE, THE ENDOCRINE SYSTEM, in relationship to the balancing act that takes place between “good” bacteria and “bad” bacteria.  This is almost astounding because the average MD seems to have no regard for this topic, or for the various ways that antibiotics destroy the gut.  And as the old saying goes; “As the gut goes, so goes one’s health (HERE).”

In last month’s issue of the scientific journal Nature, Dr. Blaser published a paper saying that it is his belief, after almost four decades of study, that overuse of antibiotics is killing off strains of the gut’s “Good Bacteria” —— permanently (much of this discussion had to do with H. PYLORI INFECTIONS)!   It’s well known that taking antibiotics disrupts the Gut’s Natural Flora, the population of microorganisms that we all carry around in our digestive tracts, and which vastly outnumber the cells that make up our bodies.  the problem is that no one in the medical community seems to really be voicing their concern.  Enter Martin Blaser.

Dr. Blaser of New York University’s Langone Medical Center has tightened the noose on the medical profession by arguing that antibiotics’ impact on gut bacteria is permanent — and so serious in the scope of its long-term consequences that medicine should consider restricting antibiotics to pregnant women and young children.

“Early evidence from my lab and others hints that, sometimes, our friendly flora never fully recover. These long-term changes to the beneficial bacteria within people’s bodies may even increase our susceptibility to infections and disease. Overuse of antibiotics could be fueling the dramatic increase in conditions such as obesity, type 1 diabetes, inflammatory bowel disease, allergies and asthma, which have more than doubled in many populations.”

Via his research, he shows direct links between antibiotic use, VARIOUS AUTOIMMUNE DISEASES, ALLERGIES, ASTHMA, CHRONIC COUGHS, as well as many of the symptoms we commonly associate with FIBROMYALGIA — OBESITY, and Irritable Bowel Syndrome.  This disruption causes blood sugar regulation problems by suppressing two critical endocrine hormones, ghrelin and leptin, that basically tell you when you are full.  Blaser points out that these bacteria are vulnerable to the same antibiotics that are prescribed to children for EAR INFECTIONS and colds — and that children routinely receive 20 or more courses of antibiotics before they reach adulthood.

In addition, he says, one-third to one-half of women in the industrialized world receive antibiotics during pregnancy. Couple that with the increasingly large percentage of children born by Caesarean section — who, by skipping their trip through the birth canal, miss their first exposure to friendly bacteria — and the result, he says, is that “each generation… could be beginning life with a smaller endowment of microbes than the last.“  HERE is some interesting research in a related area.

The function and influence of the natural flora — in the gut, on the skin and everywhere in the body — is a huge research issue right now, with research currently being funded by the National Institutes of Health.  This is because there is speculation that altering gut flora (or skin flora —- actually being too clean) can influence everything from obesity to depression.  Dr. Blaser goes on to tell us that even though the medical community realizes that antibiotics are already grossly over-prescribed; reigning in over-prescription is one of the most daunting tasks in medicine.  But if we do not, we will have the spread of SUPERBUGS, as well as permanently affecting people’s health for the worse. (Unfortunately, Dr. Blaser is about three decades too late.  It’s already happening on a mega scale.)

To understand this topic better, I would suggest that you read more about “Dysbiosis” HERE.  Why is this such an important issue for you and your children.  Only because science has conclusively shown us that fully 80% OF THE BODY’S IMMUNE SYSTEM CELLS ARE FOUND IN THE GUT!  Can someone get by without ever taking antibiotics?  Ask my kids.  They are now 13 & 14.  Neither has ever had an antibiotic, and are two of the healthiest kids you’ll see anywhere.  HERE is some great information on the best Probiotics to give to people who have DYSBIOSIS.  In fact, if you really want to scare yourself, find out where antibiotics and gut health fit into the OVERALL HEALTH PICTURE.