a short review of dr. jc smith’s “the medical war against chiropractors”

A REVIEW OF DR. JC SMITH’S
THE MEDICAL WAR AGAINST CHIROPRACTORS:
THE UNTOLD STORY FROM PERSECUTION TO VINDICATION 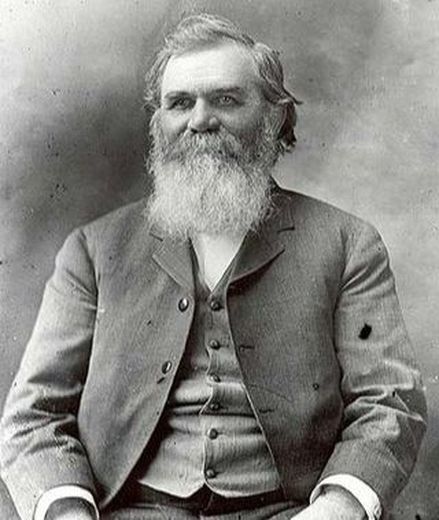 “Chiropractic has endured, grown, and thrived in the United States, despite internal contentiousness and external opposition. Its persistence suggests it will continue to endure as an important component of health care in the United States. In response to the countless requests for the treatment of pain, chiropractors have consistently offered the promise, assurance, and perception of relief. Chiropractic’s ultimate lesson may be to reinforce the principle that the patient-physician relationship is fundamentally about words and deeds of connection and compassion. Chiropractic has managed to embody this message in the gift of the hands.”   The conclusion of the November 1998 issue of the medical journal, Archives of Internal Medicine (Chiropractic: Origins, Controversies, and Contributions).
Dr. JC Smith is a 1978 graduate of Life Chiropractic College and runs the website, CHIROPRACTORS FOR FAIR JOURNALISM.  If you are a chiropractor, you’ve probably read any number of the various articles he’s published in Dynamic Chiropractic and elsewhere.  Dr. JC came across one of the numerous posts I had written on EVIDENCE-BASED MEDICINE and contacted me to see if I had read his book, The Medical War Against Chiropractic: The Untold Story From Persecution to Vindication.  I had not, so he sent me a copy for review.
I attend a lot of Continuing Education seminars.  At these events, it’s not uncommon to see chiropractors in their late 70’s, their 80’s, and even on occasion, their 90’s, who are still in practice for no other reason than the love of what they do.  The truth is, these individuals could have retired years — or even decades ago had they wanted.  But the passion they have for their patients and the joy it brings them helping sick and suffering humanity has kept them in the game.

When I think about what some of the early chiropractors went through in order to serve the people of their communities and expand their chosen profession, it makes me stop and ponder.  Although most people are well aware that there is little love lost by the medical community for chiropractors, they have no idea of the depth and breadth of the persecution and bias that the chiropractic pioneers put up with on an almost daily basis.  Dr. JC’s book gives us a glimpse of what it was like to wonder if that next knock at the door was the police looking to shake you down yet again for “practicing medicine without a license“.

That’s right; there were thousands of chiropractors arrested and jailed for the above offense — some for as long as two years.  If you are a chiropractor, there is no way you could ever forget the pictures of men and women like DR. HERBERT REAVER of Ohio, Dr. Fred Courtney of California, or NUMEROUS OTHERS, who literally ran their practices from a jail cell.  How widespread was this persecution?  Chiropractic historian Joseph Keating stated that, “

by 1931 it was estimated the DCs had collectively undergone 15,000 prosecutions, although there were probably no more than 12,000 chiropractors in practice in that era.”  These “prosecutions” meant that the Chiropractor either paid a fine, or went to jail.

Part of Dr. Smith’s book reads like an updated version of Dr. Chester Wilk’s 1973 offering, Chiropractic Speaks Out: A Reply to Medical Propaganda, Bigotry, and Ignorance, with an amazing amount of detail on the trial itself. Trial?  You see; Dr. Wilk was the lead defendant in a 14 year-long lawsuit that culminated in our court system ruling that the AMA (American Medical Association) was guilty of violating the Sherman Anti-Trust Laws against monopolies.

If you are a Chiropractor, love Chiropractic, or are a fan of natural medicine, you need to read this book.  Dr. Smith gave me a much greater appreciation for generations of chiropractors long gone, and what they endured to make our time in practice much easier than theirs. I also enjoyed learning more about the McAndrews family, and what they sacrificed for the profession.  I have actually had the opportunity to meet a couple who endured some of this persecution — the retired (now deceased) husband and wife team of Chiropractors who ran the archives at Logan University when I was there (the Nixons volunteered their time).

Although I have experienced some of the anti-chiropractic prejudice that Dr. Smith deals with in his book, the medical community in my small Missouri town are not generally too opposed to Chiropractic, and are actually not averse to referring patients for certain problems.  Much of this probably has to do with the fact that many of the olde tyme “Family Doctors” from the area’s small towns (Mountain View, Birch Tree, Eminence, Summersville, etc, etc) were DO’s as opposed to MD’s.  These ‘old-school’ physicians set broken bones, stitched up cuts, delivered your babies, gave you medicine if you needed it, and by golly, they adjusted your spine — some of them whether you thought you needed it or not (I love the stories about Doc O’Banion).

Despite the naysayers out there (the book was panned by the typical handful of anti-chiropractic mouthpieces from SBM who find their joy in trying to prove that drugs and surgery are the only “scientific” methods of healing, and that anything else is essentially some form of ‘Voodoo’), this book provides a blow-by-blow history of our profession’s struggles for legitimacy and respect that every Chiropractor should be aware of — particularly the younger generation.  Smith shows us that not only are the origins of Chiropractic not nearly as “UNSCIENTIFIC” as we have been led to believe, but that the opposite might be said of THE ORIGINS OF MODERN MEDICINE.

Can we really fault early healers (HERE and HERE are two of them) who believed they had discovered the cause and cure for all disease?  Surely not.  And in the same way that these health pioneers were certainly not completely right in their conclusions about health and healthcare, neither were they completely wrong (HERE).  The thing that originally drew me to Chiropractic was that it was based on simple principles of physics — alignment and motion / structure and function.  And when these go south, it has the potential to affect the nervous system in an adverse manner.

Even though we now know that the mechanism of the Chiropractic Adjustment is not quite like the earliest Chiropractors believed (they envisioned that spinal vertebrate that were slightly out of place could pinch nerves and affect them in similar manner to a kinked garden hose), this analogy had far more truth in it than most doctors realize even today (HERE is a mechanism for Chiropractic miracles such as THIS ONE).  While Chiropractic can’t be everything to everyone, neither can the practice of medicine.  It’s up to you to wade through THE GARBAGE published by the mainstream media — a media that is heavily backed by advertising dollars from Big Pharma — and figure out what sort of healthcare makes sense for you and your family; and chose accordingly.