HAVE WE LOST OUR MINDS? 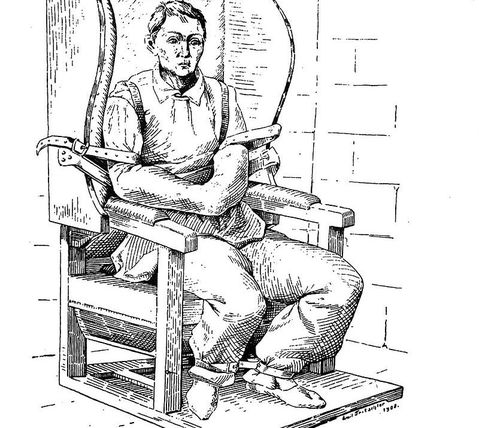 Wellcome L0014222
“Amazing!”  “Almost too good to be true.”  “The most significant developments in prostate cancer in 60 years.”  And that’s not all.  Dr. L.M. Glode stated on his blog, “Most of our patients have been hearing about this drug for long enough to actually know how to say the word – remarkable in itself. This drug has generated perhaps as much excitement and hype as any we have seen in development in the last decade. Starting in the company with the unlikely name of Cougar, it proved interesting early on with drops in PSA among patients who had already failed chemotherapy.”   I could go on, but you get the point.  There are a lot of people both inside and outside the scientific community who feel that this new drug is the hottest thing since sliced bread.  And interestingly enough, the release of Zytiga (Abiraterone) came at a time when routine prostate screening via PSA Tests are going out the window.

After an expedited six-month review, Abiraterone was approved by the U.S. Food and Drug Administration one year ago (April 2011).  But what about side effects?  Who knows?  I guess if you’re dying of aggressive Prostate Cancer, side effects are not exactly at the top of your worry list.  Thus, the trial was stopped after only six months because of its astounding success.  What did Zytiga do that was so off-the-charts amazing, and just how successful is this “miracle drug” at curing Prostate Cancer?  It’s not.  It adds a little over 100 days to the average lifespan of those dying with terminal Prostate Cancer.   To put it in scientific terms, the trial showed that it extended the average survival survival rate of castration-resistant prostate cancer (formerly known as hormone-resistant prostate cancer —- prostate cancer that does not respond to chemical castration) from 11.2 months  14.8 months.

Despite being licensed by the European Medicines Agency, it is not currently available for routine use in Europe. Why not?  Who can afford it?  At a cost of over $5,000 / month to extend the inevitable by just over three months, it is simply not cost-effective.   But speaking of massively hyped prostate drugs in this same class (non cost-effective — don’t cure anything), enter Provenge.  Provenge, a vaccine that was manufactured for the same problem as Zytiga actually does slightly better.  On average, it increases lifespan by a whopping 120 days (4 months) — about ten days longer than Zytiga.  And the full course of treatment only costs $93,000 ($31,000 for three “infusions” given over the course of a month). Gulp!

Guess what?  Socialist Europe has figured out that it can’t afford to pay for these drugs —- but who do you think still blieves we can?  In America, Medicare and Medicaid are legally prohibited from considering cost when deciding whether to pay for a treatment that has been “OK’d” as both safe and effective by the FDA as both of these drugs have.  And the real kicker to this story is that there are already two different drugs that do nearly the same thing Zytiga and Provenge (chemical castration —- block Testosterone) that cost between $100 – $200 a month.  Is it all about the money?  I am not sure how you argue the opposite?  But that’s the joy of EVIDENCE-BASED MEDICINE!  Especially when it comes to CANCER.  If you are looking for solutions to tough problems, at least take a look at THIS POST.