the d’s of chronic pain

THE D’s OF CHRONIC PAIN 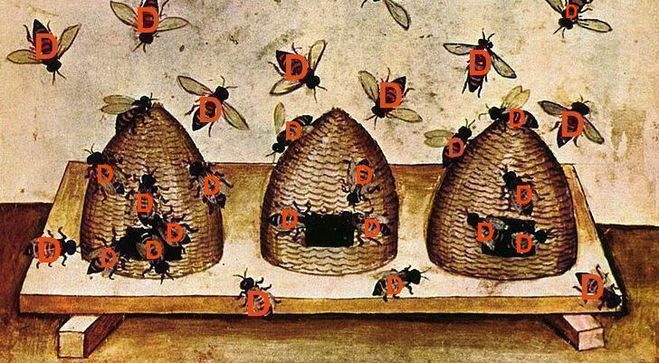 Pain.  It’s the number one reason Americans visit doctors.  As crazy as it may sound, about one third of Americans (100,000,000 individuals) have some sort of problem that could be classified as CHRONIC PAIN, while about 1 in 6 (over 15 million) are unable to function normally because of it. A great deal of this pain is classified as Deep Somatic Pain; the kind of pain that originates in elastic, collagen-based tissues such as LIGAMENTS, TENDONS, MUSCLES, and FASCIA.  These sorts of problems are what I deal with in my clinic, day in and day out (HERE).

As science continues to reveal the effects of Chronic Pain on various areas of people’s lives (physical, emotional, psychological, sexual, etc), we are realizing that it potentially has some far-reaching consequences.  One of the most amazing findings that I have ever seen, has to do with atrophy (shrinking of the brain) seen on brain scans of people with Chronic Pain.  Brain scans of people with Chronic Pain frequently show patterns of atrophy (shriveling / shrinking) virtually identical to those of people with ALZHEIMER’S OR SIMILAR DEMENTIA. The biggest difference is that atrophy induced by CHRONIC PAIN can often be reversed — just get rid of the pain!  Another study says that the brains of Chronic Pain patients atrophy at nearly ten times the rate of the general population.

There is a great deal of debate within the medical community over what is the best treatment for people with Chronic Pain (all debate revolves around THE BIG FIVE).   There is one camp that says CORTICOSTEROIDS and NSAIDS (as well as similar fare like TYLENOL) are extremely dangerous to the musculoskeletal system (they are very degenerative), as well as the liver, kidneys, and heart.  They are correct in their analysis of this class of drugs.  Their solution?  Prescribe more NARCOTICS.  As you may be aware from watching the 6 o’clock news, this isn’t working out so well.  Enter camp two.

The other camp — the camp that does not like to prescribe anything other than anti-inflammation drugs or weak pain relievers because they understand that people get addicted to narcotics.  This camp also tends to rely more heavily on MUSCLE-RELAXERS and ANTIDEPRESSANTS as well  The truth of the matter is that both camps are freqently going about things the wrong way.  Using drugs to provide relief of long-term or ‘chronic’ pain, is a slippery slope that frequently leads to numerous problems (HERE is one), mostly because it does virtually nothing to change underlying pathophysiology (HERE). Fortunately for those of you dealing with Chronic Pain, although you may have to search to find it, there’s a third camp.

When it comes to the best ways to help people struggling with Chronic Pain, why not try and figure out what’s actually causing it, and then try to deal with it at its source?  Is this really such a novel idea? Apparently it is, because it is not uncommon for me to see patients who have been living with chronic pain for decades, that could have been dealt with in a fairly simple fashion (HERE is one example, and HERE are several others).  Most of these patients have been to more doctors than you can shake a stick at, and know exactly what it’s like to get stuck riding the MEDICAL MERRY-GO-ROUND.

I would never hope to insinuate that all Chronic Pain can be easily fixed in our office.  The truth is, there are about a million and one reasons that people end up with Chronic Pain and / or chronic illness (HERE are a few, along with potential solutions).  However, I never ceased to be amazed at just how many people we are able to help (HERE).  What do people who have Chronic Pain tend to look like? What characteristics do they have in common?  They frequently progress through patterns of what I call “The D’s of Chronic Pain”.  Follow along and see whether you fit into one or more of these categories.

Although I wouldn’t go back and do it again for a million dollars, my experience with seven or eight years of horrible foot pain (there were plenty of times I wondered if simply having it amputated and going with a Long John Silver style peg might be better) helped me understand where so many of my patients are coming from.  It’s also why I’m not only relentless about trying to solve your chronic pain (HERE), it’s why I give away tons of DIY information free of charge.  That’s free as in free — no strings attached.