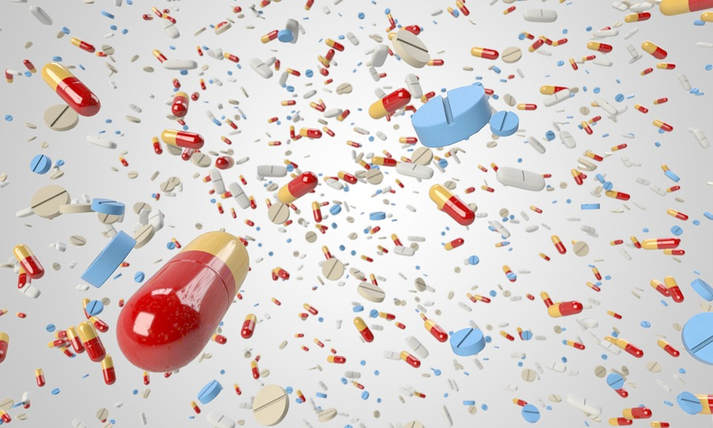 Arek Socha – Pixabay
As I sit here writing this post, I can’t help think of Kurt Cobain, the front man for Nirvana who committed suicide nearly two decades ago.   An extremely creative kid, he was diagnosed with ADD / ADHD at a young age.  This meant that every time he turned around, the people who supposedly loved him most and cared about him the most (parents, teachers, doctors, etc) were giving him drugs.  The problem is, research tells us that drugs kill whether pushed or prescribed (HERE).  Unfortunately, we know that Cobain’s case is not some sort of rare aberration.  For most Americans, drugs are now the excepted norm.

A report was published earlier this week by the Trust for America’s Health (a health policy organization based in Washington DC) saying that since 1999 —- the year that Prince was really partying —- addiction to prescription drugs has doubled in nearly 60% of the states.  But the hits keep coming.  It’s tripled in 20% of the states, and quadrupled in four states.  Furthermore, all of these states were shown not to be doing much of anything about it (only one in ten Americans with a substance abuse / addiction currently receives any sort of treatment, even though they can partake in numerous governmental welfare programs).  But should we be surprised by any of this?  Of course not.  Just look at ‘Medicine’s’ willingness to be the smartly-dressed, behind-the-scenes accomplice to this fiasco.

We’ll use Valium as just one example out of a plethora of potentials.  According to the obituary of Diazepam’s inventor, Dr. Leo Steinbach, who died in 2005 at age 97, “Diazepam… has been one of the most frequently prescribed medications in the world since its launch in 1963.”  How frequently has Valium been prescribed?  Frequently enough to be America’s number one prescription drug from1969 to 1982 (1978 was it’s biggest year with sales of 2.3 billion tablets).  Diazapam and other similar drugs are still runaway bestsellers.  And we wonder why our country has a burgeoning drug problem.