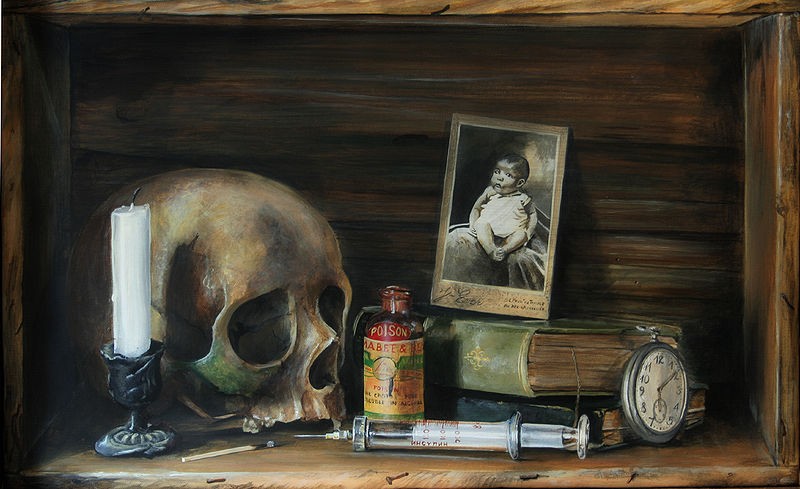 Jeylina Ever
I found your article on Tendinosis very informative.  I have been dealing with tendin “osis” since being floxed [taking Ciprofloxacin, Avelox, Proquin XR, Factive, Floxin, Noroxin, or Levaquin — various antibiotics that cause tendon damage; the most common being Cipro] last January (2012) when I was given seven days worth of CIPRO for a possible UTI after a kidney stone episode.  Your article about deterioration of collagen fibers makes so much sense plus it explains the lack of results of NSAIDS.  10 1/2 months later I still cannot run or bike (which is my passion) and though I have seen much improvement I still cannot exercise without developing tendinosis.   If I don’t exercise I am close to pain free but as soon as I exercise, boom; tendon pain where the hamstrings insert at the lower inside of the knee. I have tried Active Release Technique but all it did was make my tendons even worse. That makes me hesitant to try something like Tissue Remodeling.   As nine ART treatments left my tendons very sore and it took two weeks for that soreness to go away.   Your thoughts?     -RANDY F. via email from Ohio
Tragic story.  And as unfortunate as it is, Randy’s is a SYSTEMIC TENDON PROBLEM that will not respond to my TISSUE REMODELING I use for FASCIAL ADHESIONS as well as all sorts of TENDINOSIS / TENDINOPATHIES.  Possibly even more unfortunate are the sheer numbers of similar questions regarding the Flouroquinolone Antibiotics (chiefly Cipro) that I field every week.

The Flouroquinolone class of ANTIBIOTICS are valued by the medical community because they are considered to be ‘broad spectrum’ antibiotics.  This means that they kill all bacteria — including the good bacteria that make up 80% of your body’s Immune System.  Unbeknownst to many, this class of antibiotics is not new, having been around since the early 1980’s.  Although the first tendon-related side effects of the drug were reported almost immediately after its release in 1983, tendon problems are becoming almost ubiquitous with this class of drug (HERE or HERE).  Interestingly enough, all antibiotic use is associated with Tendinopathy, but Cipro and other similar-class antibiotics doubles the risk to approximately 1 in every 250 people taking them — an ASTOUNDING NUMBER when you consider the number of people regularly taking these drugs here in the US.

The thing that is so sad about all of this is that according to organizations like the Infectious Disease Society of America, the American College of Physicians, and the Center for Disease Control (CDC), the most common use of antibiotics is for illnesses that are almost always viral in nature (HERE).   Although information continues to pour forth telling doctors to change their prescription habits (HERE), the most common reasons that doctors prescribe antibiotics continues to be Upper Respiratory Infections (URI’s), SINUS INFECTIONS, Sore Throats and Bronchitis —- health conditions that are caused by viruses approximately 9 times out of 10 (HERE).

HOW DANGEROUS ARE CIPRO AND OTHER FLOUROQUINOLONE ANTIBIOTICS?

This class of antibiotics has been under the microscope as far as tendon damage is concerned, for a very long time.  However, on September 8, 2008, the FDA saw the problem as serious enough to issue one of their infamous “Black Box” warnings to be put on the label of the Flouroquinoline Class of antibiotics such as Cipro, Levaquin, Avelox, and others.  Although their list of potential side effects from these drugs is long (Vision Damage, Hearing Loss, Taste Perversion, Peripheral Neuropathy Tingling, Burning Sensations, Insomnia, Nightmares, Anxiety Attacks, Depersonalization, Cognitive Disorders, Brain, Heart, Liver, Kidney, Pancreas, Blood and Endocrine Disorders, Severe Psychotic Reactions, Suicidal Thoughts or Actions, Gastrointestinal Damage, etc), the chief reason for the prominent warning was for tendon and joint-related problems (Tendonitis, Tendinosis, Tendon Rupture, Tendon Damage / Degeneration, Ligament Damage, and Joint and Muscle Damage / Degeneration).  As you can tell by looking, some of these problems can be permanent.  This is because recent studies have shown the drugs to cause an increased activity in the specific enzymes that break down connective tissues; most specifically tendons —- while inhibiting enzymatic reactions that cause cellular growth and cellular division in the same tendons / tissues (this is why FASCIA should have been put on this list as well).  Sort of reminds me of the OSTEOPOROSIS PREVENTION DRUGS that I was hollering about a decade ago that have now been shown to actually cause Osteoporosis.

For anyone who has been through a Cipro-induced nightmare, the prognosis is iffy to say the least.  A recent study by Drs Khaliq and Zhanel published in the journal Clinical Infectious Disease says that although these tendon weaknesses / injuries occur in an average of 8 days exposure to the antibiotics,  they take anywhere from 2 to 20 months to heal.  But the truth is, if you rupture an Achilles Tendon (the most common site of antibiotic-induced tendon rupture), it may “heal” but it will never be the same.   And as you may have already guessed, the Achilles is not the only place this sort of tendon damage is occurring.  Antibiotic-induced tendon damage has also been shown to affect the Rotator Cuff, Hands / Fingers (including the thumb), as well as the Knees.

HOW COMMON IS THIS PROBLEM OF ANTIBIOTIC-INDUCED TENDON DAMAGE?

As I said earlier, the reported incidence of severe tendon damage is as high as 1 in every 250 people who take the drugs.  However, the thing that you have to understand is that with virtually every study ever done on drug side effects (any drug’s side effects), we see said side-effects being under-reported to the proper governmental agencies at rates that always run between 90% – 99%, depending on whose research you chose to believe. This means that somewhere between one in ten and one in one hundred “Adverse Reactions” are actually being reported.  Surprising?  Not really — especially when you realize that with ‘Big Pharma’ the fox is guarding the hen house (HERE).

In doing the research for this Blog Post, I came across a POST by Dr. Matt Mintz.  Mintz’s column was published in response to him finding out about the “Black Box” warnings that were to required by the FDA for drugs like Cipro.  He essentially poo pooed the whole thing, saying that, “these problems are not life threatening” and then referred to the number of people injured as,  “a ridiculously low number if one considers the millions and millions of prescriptions that have been written for quinolone antibiotics such as Cipro“.  The interesting thing about his post, however, was the rabid backlash he received from the general public.  As I write this, there are 144 comments at the end of his blog post — most of them from people who would like to have a firm face-to-face with the good doctor over his idea that tendon-based side effects are neither widespread nor serious.

One of the main reason that I think that much of the medical profession is missing the mark on this topic has to do with the fact that these drugs attack not just tendons, they seem to attack all of the collagen-based connective tissues —- in similar fashion to corticosteroids.  This leaves people with all sorts of joint problems, CHRONIC PAIN SYNDROMES, and musculoskeletal problems, as well as others.  And because certain kinds of drugs (namely CORTICOSTEROIDS and NSAIDS — OTC pain relievers such as Tylenol, Ibuprofen, Aleve, Advil, Acetaminophen, etc) also destroy collagen-based tissue (ligaments, tendons, muscles, cartilage, bone, fascia, etc), these drugs should never be taken with Cipro or similar antibiotics.

If your doctor prescribes you Cipro or one of the other similar antibiotics, think twice about having that prescription filled (truthfully, run like the wind).  Otherwise you may be sending me a letter similar to Randy’s.  As you may have noticed from our VIDEO TESTIMONIALS on Tendinosis, I successfully help lots of people with various TENDINOPATHIES.  However, I really do not quite know where to start as far as helping people who have been damaged by Cipro.  If you have a good solution, post it.   For more information on this topic, visit CIPRO IS POISON.