WE KNOW IT HELPS PEOPLE WITH DEPRESSION
BUT WHY IS EXERCISE SUCH A HUGE PREVENTATIVE
STEP AGAINST VARIOUS FORMS OF DEMENTIA? 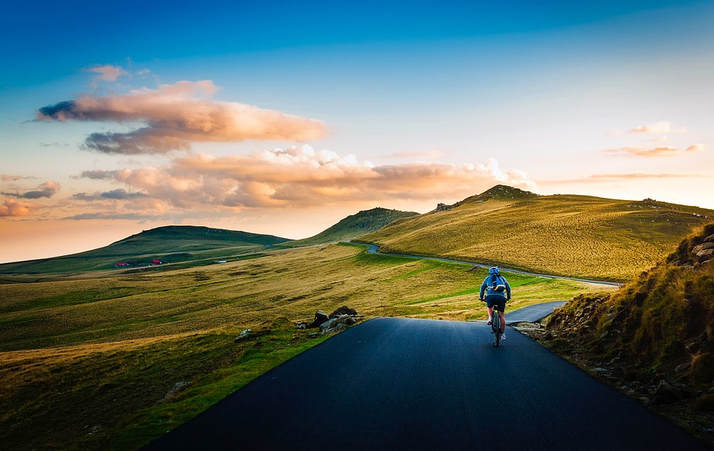 12019 from Pixabay
Have you seen the latest research?  Although we already know that Physical Exercise is fantastic for helping people struggling with DEPRESSION, it’s one of the singularly best ways to ward off Dementia of any kind (including ALZHEIMER’S).  But this is not really new.  Back in the January 2006 edition of the British Medical Journal, we saw the article, “Regular Exercise Reduces Risk of Dementia and Alzheimer’s Disease“.  A new study from the journal Archives of Neurology is saying the same thing.  But why?  I am not simply interested to know that it works, I really want to know why it works.

Study leader, Dr. Denise Head of Washington University in St. Louis looked at 200 healthy individuals (ages 44 to 88) with a family history of Alzheimer’s, but no cognitive symptoms of their own.  The doctors then did PET Scans to look for Amyloid Plaques (the tell-tale sign of Alzheimer’s) inside the subject’s brains.  After looking at genetic tendencies, they looked at the Exercise Habits of the individuals in the study over the past decade.  As amazing as it sounds, the genetically predisposed part of the group (they are 15 times more likely to come down with Alzheimer’s), were able to bring their chances of developing Alzheimer’s down dramatically with regular exercise.  How dramatically?  Listen to the study’s conclusion. “physically active lifestyle may allow e4 carriers [those genetically predisposed] to experience brain amyloid levels equivalent to e4-negative individuals“.  In other words, exercise leveled the playing field, wiping out the 1,500% increase in genetically induced Alzheimer’s —- living proof that sickness and disease is much more related to EPIGENETICS than it is to genetics.

But not surprisingly, what else did the authors conclude?  They realized from the questionnaires that hardly anyone was exercising enough to actually lower the Amyloid Plaques.  This is not surprising and I do not want to dwell on it.  Instead, let’s discuss for a few moments the reason(s) that exercise can prevent Dementia.

Image by Polarlys and Mikael Häggström
Proprioception is so critical not only to one’s joint health, but to their overall health, that I have a webpage devoted to the topic (HERE).  A loss of proprioception causes a misfiring of your motor nerves.  In English, this means that when the nerves that sense stretch, motion, pressure, etc (proprioceptors, aka mechanoreceptors) are not fired off due to either an inability of a specific joint to run through its normal range of motion, or a sedentary lifestyle, the motor nerves are adversely affected.  One of the most brilliant chiropractors of the modern era, Dr. Dan Murphy, likes to discuss the research saying that this occurs in a 30:1 ratio.  In other words, for every mechanoreceptor / proprioceptor that is not fired up to the brain, there are 30 returning motor impulses that are inhibited from coming back down to the body.  If you are not sure what I just said, click on the link.  If you or a family member has Alzheimer’s or is concerned about developing Alzheimer’s, you seriously need to understand this paragraph.

The brain’s center for deciphering the Proprioceptive Messages are in the CEREBELLUM via the Spinocerebellar Tract — see above picture).  Although the cerebellum was, up until recently, thought of as the “Lower Brain” (because it seemed to perform less-advanced functions in the body), we now know that this is far from true.  Although the Cerebellum has some very specific functions related to what we call “lower functions”, a healthy Cerebellum is critical to overall neurological health.

WHAT SORT OF SPECIFIC EXERCISES SHOULD
WE BE DOING TO DIMINISH CHANCES OF ALZHEIMER’S?

Although there are a whole host of things we need to be doing to prevent Alzheimer’s or Alzheimer’s-like Dementia (CONTROLLING BLOOD SUGAR is a big one), regularly exercising is critical to proper brain function.  Exercise helps to decrease chances of Alzheimer’s not only because it helps to control BLOOD SUGAR and reverse INSULIN RESISTANCE, but it also does the following.

If you understand what these two things are and what they do, it is not difficult to grasp some of the reasons we may want to stimulate them.  And as cool as it may sound, increasing Proprioception is automatically going to increase Cerebellar Function.  The big thing we want to do is to exercise in ways that forces us to develop our sense of balance (proprioception).  Although most people think of balance as having to do mostly with the inner ear, this is not really true.  Balance mostly has to do with Proprioception.  Just remember that Proprioception is the number one input into the brain.  When you move or perform coordinated functions, you are heavily stimulating the brain.  Here is a list of simple exercises (and non-exercise related activities) that will help stimulate proprioceptive function.