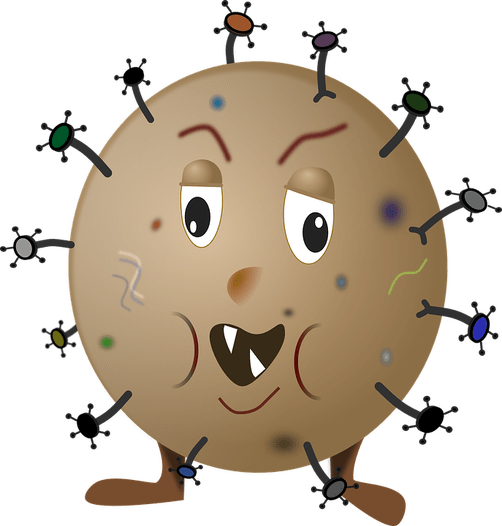 ClickerFree Vector Images – Pixabay
Go ahead and say it.  It’s true.  I do sound like a broken record.  ANTIBIOTICS are one of the biggest factors in the destruction of America’s health!  In case you have not been following along, antibiotics destroy bacteria.  Most of us think this is a good thing. It’s not!  The American Journal of Physiology reported back in 1999 that 80% of your Immune System is found in the digestive tract (HERE).  Unfortunately, antibiotics kill the good bacteria that make up such a huge part of your Immune System.  What are you left with?  DYSBIOSIS!  Bad bacteria, yeast, fungus, parasites, and God only knows what else, are allowed to take over your digestive tract when you take antibiotics.  As you can imagine, this is not a good thing when it comes to your health.  Again, people get Dysbiois because of antibiotics, and they feed it with a diet heavy on both starch and sugar.  The result is a veritable Who’s Who of dysfunction and disease.  Does the medical community agree with this assessment?  Absolutely!  Are they changing the way that they treat patients?  Absolutely not (HERE)!

Case in point is a study that was published earlier this year in the February issue of The American Journal of Epidemiology.  The study, done by four doctors at Yale University’s School of Public Health’s Center for Perinatal, Pediatric, and Environmental Epidemiology, hit us with yet another example of the problems with current antibiotic prescription habits.  This study looked at the relationship between early antibiotic use (1st 6 months of life), and the incidence of asthma & allergies at 6 years of age —- in over 1,400 children. Antibiotic exposure was associated with a 52% increased risk of asthma overall.  However, there was a staggering 89% increase in both problems in children with no prior family history! The authors concluded that early antibiotic use is associated with developing both ASTHMA and ALLERGIES.  Is this information  anything new?  Not really.