WORRIED ABOUT CATCHING THE FLU?
JUST REMEMBER THAT IT’S THE WORST
FLU SEASON EVER — AGAIN 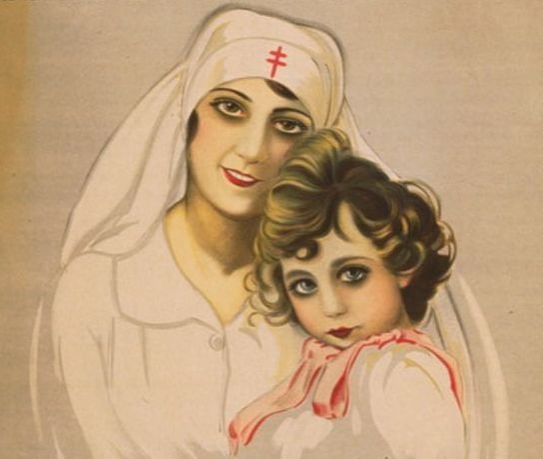 What is the flu?  Most of us think we know.  The truth, however, is that most likely, most of you reading this post has never had THE FLU.   I know, I know, I know —- you disagree.  Last year you had the very worst flu ever!  However, in light of recent research, it is likely that what you had was not the flu, but something else.  Influenza could be far more rare than you have been led to believe.  A 2006 study in the American Journal of Epidemiology stated that, “On average 41,400 people died each year in the United States between 1979 and 2001 from influenza.”  But is this really accurate?  Here is the problem with these statistics.  Think about who dies from the flu each year?  That’s right; typically old folks —- very old folks. Or folks who are already very sick.  In listening to a recent conversation within a group of practicing M.D.’s, I found out why the numbers that the CDC and other groups throw out each year are not to be trusted.

Basically, when a person dies, there has to be a “Cause of Death” on their Death Certificate.  This group of doctors said that in the average case of a person who is labeled as dying because of the flu; their Death Certificate could have said just about anything —- including old age.  In other words, flu is a commonly used Cause of Death, when any number of other causes could have been used just as easily —- and probably more accurately (TYPE II DIABETES, CANCER, HIV, Heart Disease, etc).  For instance, the CDC reports that 90% of the deaths from influenza occur among the elderly.  But for Pete’s sake, nearly 70% of all death, regardless of cause, occur in the elderly population. Skewed stats are meant to scare people.

My guess is that skewing statistics in this direction is actually designed to cause the degree of panic seen in the geriatric population about this time each year —- the panic that causes little old ladies to wait in line two hours to get their annual flu shot (SEE HERE).  I recently had a conversation with an MD about the Flu.  The most surprising thing about this conversation was that I was told —- to my face —- that it was highly unlikely that I had ever had the flu before (this in light of CDC statistics that claim that 1/3 of the American population has the flu each year — Wikipedia says 15 – 20% of the population).  How could this possibly be true?  I can remember numerous times puking my guts out and thinking that I would be better off dead.  This, I was told by the doctor, was not the Flu, but a “bug” —- an intestinal virus that causes (here is one of my all time favorites) Flu-like Symptoms,” which are in no way, shape, or form; The Flu.

I found this information interesting.  Particularly in light of a 2010 article by Julie Steenhuysen called, “CDC Backs Away from Decades-old Flu Death Estimate“.  In the article, Steenhuysen quoted the Center for Disease Control as saying, “Instead of the estimated 36,000 annual flu deaths in the United States … the actual number in the past 30 years has ranged from a low of about 3,300 deaths to a high of nearly 49,000“.  On top of this, I was doubly shocked to read on the CDC’s website that only 257 people died from the flu in 2001.  What gives?  Someone is not telling the truth!  CDC stats seem to be all over the place —- in the same year!  By all estimates, it appears that the 36,000 number is inflated —- incredibly inflated.

So, not only are many people who are essentially ready to die from anything that comes along, frequently figured into these statistics when they finally do die, the stats actually include those with Flu-like Symptoms —- whether it is really flu or not.  This goes along with what one of these doctors told me as well.  I asked why so many of my patients reported getting the worst case of the flu ever; shortly after getting a flu shot?  His answer?  He said that it is impossible to get the actual “flu” from a flu shot, but that flu-like symptoms are a fairly common side effect of the VACCINE.

WHAT DOES THE FLU REALLY LOOK LIKE?
“The Flu” is actually referring to influenza, or the seasonal flu. It is characterized by:

The “Stomach Flu” is a completely different virus and causes something called “gastroenteritis” (which is frequently referred to as — you guessed it —- the flu).  It is characterized by:

Technically speaking, the flu is like having a bad cold.  However, both of these (as well as others) will be added to the flu statistics that are made up of flu, flu-like illness (could be about anything), pneumonia, and heaven only knows what else.  Stick around tomorrow for a short article on the subject by Edward Yazbak MD.

Dr. Schierling is licensed chiropractor and world-renowned for intervention with persistent chronic pain. Dr. Schierling focuses on a holistic approach to helping end his patients’ chronic pain that includes Scar Tissue Remodeling Therapy.
All Posts »
PrevPreviousantibiotics, allergies, & asthma
Nextdo 36,000 people really die every year because of the flu? nope — and it’s not even close!Next