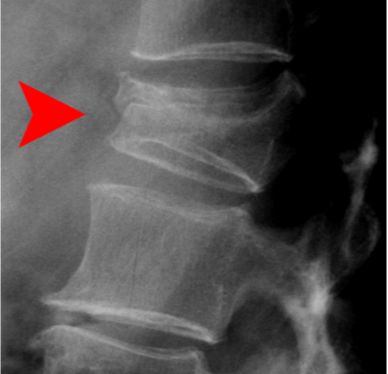 Dirk69CS
It’s not news that any number of medications destroy bone, leaving those that use them prone to fractures.  Some of the most common of these are PROTON PUMP INHIBITORS taken for heartburn, antacids, certain kinds of blood thinners, some of the drugs used to treat TYPE II DIABETES, certain types of oral birth control, drugs used to treat CANCER (this includes older generation drugs now used to treat RA and other AUTOIMMUNE DISEASES such as Methotraxate — but especially includes the drugs that women are given for at least five years post-BREAST CANCER), BLOOD PRESSURE MEDICATIONS (this includes diuretics), anti-seizure medications, CORTICOSTEROIDS (they are possibly the worst offenders on this list) and even ACETAMINOPHEN.

In case you’re still not convinced how serious a problem this is, listen to this first sentence of a study (Drug-Induced Osteoporosis: Mechanisms and Clinical Implications) published in the October, 2010 issue of the American Journal of Medicine. “Drug-induced osteoporosis is common and has a significant impact on the prognosis of patients suffering from chronic debilitating diseases.”   And in her 23-page book chapter (Drug-Induced Osteoporosis), Dr. Susan K Bowles revealed that, “The relationship between osteoporosis and oral glucocorticoids is well understood, but in recent years, many other agents have been reported to affect bone health and should therefore also be considered in the risk assessment for osteoporosis.  This chapter reviews new evidence for drugs other than glucocorticoids in the development of secondary osteoporosis and provides a framework for putting risk into context for suitable discussion with patients.”   And now we can add another drug to this impressive list —-Antidepressants.

The new study, which has not been released yet (it will appear in Injury Prevention) used the PharMetrics Claims Database to look at the medical records of of over 60 million Americans.  137,000 women between the ages of 40 and 64, having no previous mental health issues prior to starting ANTIDEPRESSANT MEDICATIONS between 1998 and 2010, were actually chosen for the study.  After just a year and a half, the odds of women who took an Antidepressant and subsequently developing a fracture increased by a whopping 76%.  It stayed similarly elevated for at least five years.  How big a deal is this?  Listen to Jeff Minerd of MedPage Today (Antidepressants Linked to Bone Fractures in Menopausal Women).

“SSRI use for nonpsychiatric conditions such as VMS, irritable bowel syndrome, and premature ejaculation [they left out CHRONIC PAIN here] has increased to the point that antidepressants are the third most commonly prescribed class of drug in the U.S., with much of that growth attributable to non-psychiatrists prescribing to patients without a psychiatric disorder, the investigators noted.”

“This finding is consistent with results from studies involving patients with mental health disorders.  The sustained higher risk among SSRI users is also consistent with the biological hypothesis that fractures associated with SSRI use can be at least partially attributed to antidepressant-related modulation of bone homeostasis in favor of osteoclastic activity, which may [“may” is the wrong word here.  The correct word would be “will”] result in lower bone mineral density and higher risks of fractures.”

Unfortunately there’s a nasty little punchline that the authors don’t talk about — another of those dirty little secrets of the medical profession.  What if I told you that when you get Osteoporosis because of the medicine you’ve been taking, you are going to be given a medicine that itself causes more of the same — Osteoporosis.  That’s correct — Anti-osteoporosis Drugs (bisphosphonates in particular) might increase your bone density, but they do it in such a devious and fraudulent manner that it actually causes Functional Osteoporosis — something I have been warning women about for nearly two decades.  If you want more information, you can read this SHORT ARTICLE I wrote on the subject several years ago (it is from a handout I created to give female patients).

Interestingly enough, the MedPage Today article interviewed Dr. Holly Puritz, the spokesperson for the American College of Obstetricians and Gynecologists (ACOG) for her opinion on this study.  Among other things, she gave the knee-jerk answer of “counseling” women to take more calcium, before revealing that the information in this study is, “not going to change how I treat patients” (so much for EVIDENCE-BASED MEDICINE).  Before taking her advice, you might want to read THIS POST I wrote after receiving a book in the mail called Death by Calcium from the Cardiologist who wrote it.