whiplash and the elderly neck

WHIPLASH AND THE ELDERLY NECK 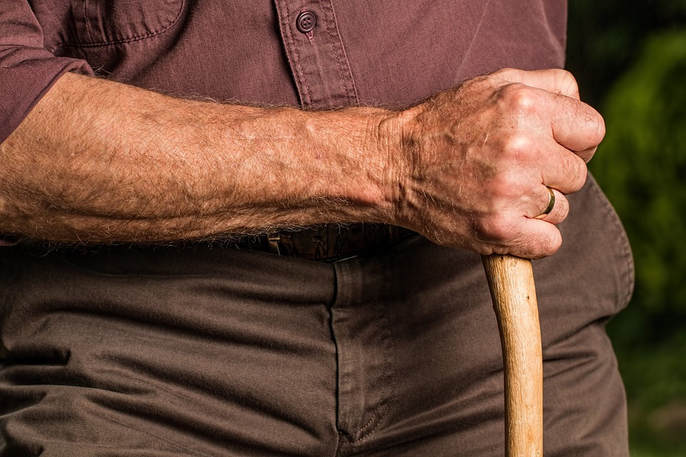 With the number of Americans categorized as part of the “geriatric” population increasing every year, it is critical to address the health issues they face.  We’ve known for decades that the elderly or people with NECK ARTHRITIS do not tend to have good outcomes when it comes to WHIPLASH.  Much of this has to do with the fact that because they have already lost so much elasticity and RANGE OF MOTION, it does not take much to push them beyond their tissue’s ability to stretch.  This fact is reinforced when the authors ask the rhetorical question, “What is already known on this topic?”  They immediately answer it by revealing that, “even minor injuries can produce lasting effects, particularly in the elderly.”  The rest of their study confirms this.

This month’s issue of Annals of Emergency Medicine (Persistent Pain Among Older Adults Discharged Home From the Emergency Department After Motor Vehicle Crash: A Prospective Cohort Study) shows us why this is a big deal — mostly because these sorts of injuries are so common.  “Motor vehicle crashes are the second most common form of traumatic injury among individuals aged 65 years and older and result in an estimated 250,000 US emergency department (ED) visits by older adults each year.”  The study then reveals an important truth about these “older adults“.  “Because safe and effective pharmacologic management of their acute pain is challenging, and once pain becomes persistent in older adults, it has profound negative consequences for function and quality of life.”

The problem is, drugs don’t work for these sorts of mechanical injuries.  Never have, never will.   You can’t fix a mechanical problem in your car by adding chemicals or simply changing the oil; and you certainly can’t do it in your body.  While things like PAIN PILLS, MUSCLE RELAXERS, ANTI-INFLAMMATORY MEDS, and CORTICOSTEROID INJECTIONS have the potential to cover symptoms on a temporary basis, they are never a long-term solution.  Nor are the ANTIDEPRESSANTS that will be prescribed on their heels when they don’t work.

Furthermore, the results of this study were, at least to a degree, skewed.  Here’s why.  Approximately 8% of those eligible for the study, “did not want to participate because they were in too much pain.”  When those who are a great deal of post-accident pain are excluded from the study, the results are not as accurate as they otherwise would be, possibly telling you this problem is less serious than it really is.

“Follow-up assessments were completed at 6 weeks, at 6 months, and at 1 year. At 6 months, 26% of patients had moderate to severe pain that they attributed to the motor vehicle crash, and at least 1 in 4 participants had overall pain symptoms and moderate to severe pain interference with general activities, walking, sleep, and enjoyment of life, attributed to the motor vehicle crash.  More than half of participants continued to receive an analgesic (ie, an opioid, acetaminophen, or a non-steroidal anti-inflammatory drug) at 6 months, and 18% were receiving a daily opioid….. 10% of the sample had become long-term opioid users. The frequencies of moderate to severe motor vehicle crash–related pain and pain interference at 1 year were similar to those at 6 months.”

Although we are dealing with ﻿CHRONIC NECK PAIN﻿ in this post, following close on its heels in this study were Head Pain (not sure if this was HEADACHES OR SKULL PAIN), Chest Pain, Upper Back Pain, and Lower Back Pain.  Furthermore, they talk about this sort of pain as having the ability to activate the the Adrenal – Hypothalamus – Pituitary – Adrenal (HPA) Axis, which is the known cause of FIBROMYALGIA, which used to go by the name “ADRENAL FATIGUE“.

Here’s the rub.  This study goes on to admit that, “Evidence about the ability of established interventions to reduce persistent pain for individuals experiencing motor vehicle crash is conflicting.”  They talk about studies showing that neither acupuncture nor active [physical] therapy are very effective.  What are the things these authors mention as being a possibility for relieving geriatric pain in older accident victims?  Honestly, it sounds like a list born out of sheer desperation.

What would I recommend?  Before starting the bullet points above to help with MVA-INDUCED Chronic Neck Pain, I would seriously think about trying these next three bullet points first.

Dr. Schierling is licensed chiropractor and world-renowned for intervention with persistent chronic pain. Dr. Schierling focuses on a holistic approach to helping end his patients’ chronic pain that includes Scar Tissue Remodeling Therapy.
All Posts »
PrevPreviouswhy so much medical news must be taken with a grain of salt
Nextantidepressants cause fracturesNext